In this Section: Institute for High Speed Rail and System Integration
More 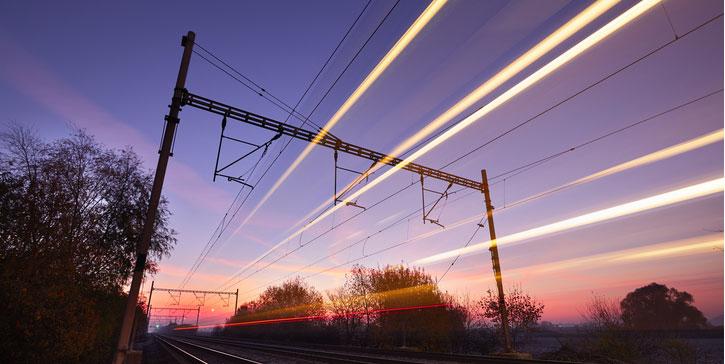 The facility will simulate the forces on track infrastructure caused by trains operating at conventional and high speeds. It will recreate the energy waves generated by trains at high speed which can damage track and ballast. It will also allow engineers to investigate changes to the alignment of rails track caused by shifting ground conditions.

Unlike other testing facilities which are normally in laboratory conditions, the facility will be built in a field with a large depth of soil to recreate conditions realistically.

It will include support structures and preformed systems for high speed railways.

The facility will be led by Dr David Connolly from the School of Civil Engineering.

This facility will enable the testing of high speed and conventional trains. Testing can take part at different stages of the design and engineering process, on systems such as train wheels, bogies and suspension systems or a complete vehicle.

Vehicles are tested on a set of rollers which can be pre-programmed to recreate a journey, for example, from London to Edinburgh. The facility will use GPS to recreate the real-life conditions of the track including bends, gradients and descents, making it one of the most realistic test facilities the world.

This will allow research into new traction systems, braking, new materials and ways of increasing energy efficiency - for example by capturing and reusing the energy from a slowing train.

The facility will be led by Dr Peter Brooks from the School of Mechanical Engineering.
Back to the top