In this Section: Research and innovation 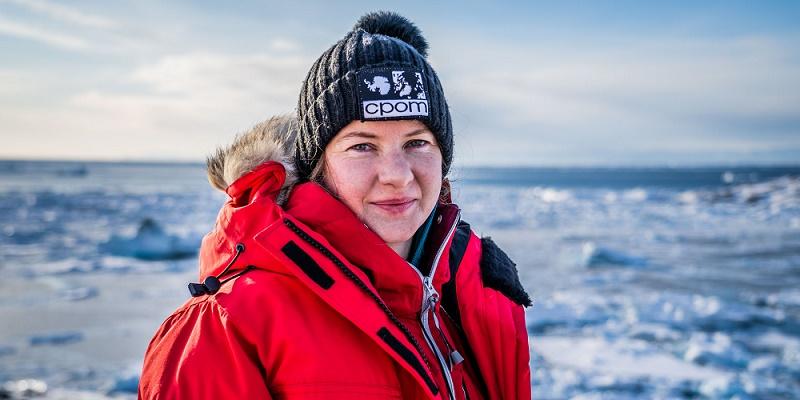 Dr Anna Hogg is an expert in Earth observations of the Polar Regions and uses satellite data to monitor remote ice sheets in Greenland and the Antarctic.

She has been working on major interdisciplinary projects in the field for a number of years with partners such as NERC, the British Antarctic Survey and the European Space Agency.

Dr Hogg was appointed a University Academic Fellow (UAF) in 2019, joining a cohort of 180 UAFs at Leeds.

The UAF programme is designed to develop a strong group of future research leaders at the University. UAFs follow a structured five year development programme leading to a permanent Associate Professor position and a Fellowship of Advance HE.

“My appointment as a UAF has opened up a lot of new development opportunities,” said Dr Hogg.

“It gives me more time and freedom to explore the topics I want and deliver impactful research. I am able to set my own research agenda, which will continue to help my development as an independent academic.”

“For example, I’m currently working on the 4D Antarctica project, a European-wide consortium which is using satellite data to investigate meltwater lakes on and beneath polar ice sheets. This is an important project because although we know that hydrology plays a key role in shaping the ice sheet environment, there are currently no systems in place to continuously monitor its true impact.

“The UAF position has allowed me to take a leading role in this important project, shaping its aims and contributing directly through research and analysis.”

Dr Hogg added: “Leeds is a budding hub of Earth observation excellence, and it is rewarding to be part of this community and shape its direction. Everybody’s door is always open and always ready to help. Knowing I have the support of my colleagues gives me the confidence and freedom to pursue the research I want and demonstrate academic leadership within my department.

“The UAF programme is an excellent initiative which shows the University is committed to developing the next generation of talent. I’m very fortunate to be have been given the opportunity to take part.”

As part of her role as a UAF, Dr Hogg is co-director of the Centre for Satellite Data in Environmental Science (SENSE), which is creating 50 new PhD studentships over the next 3 years.

Supported by NERC and the UK Space Agency, the centre will bring together expertise in satellite remote sensing, climate change and advanced data science. SENSE will be based at the University of Leeds, the University of Edinburgh, the National Oceanography Centre, or British Antarctic Survey.

Dr Hogg said: “Earth observation satellites collect hundreds of terabytes of data per day, delivering important information about how fast glaciers flow, the size of forest fires in the Amazon, and the quality of air that we breathe.

“Through SENSE we have a fantastic opportunity to grow the community of researchers with the skills and knowledge to measure how our environment is changing.”