Going with the flow:<br>the 'hidden science' of fluid dynamics

Fluid dynamics is central to understanding much of the world, from the way gases circulate around planets, to improved manufacturing and modelling of blood flow. So what is fluid dynamics and why is it so important? 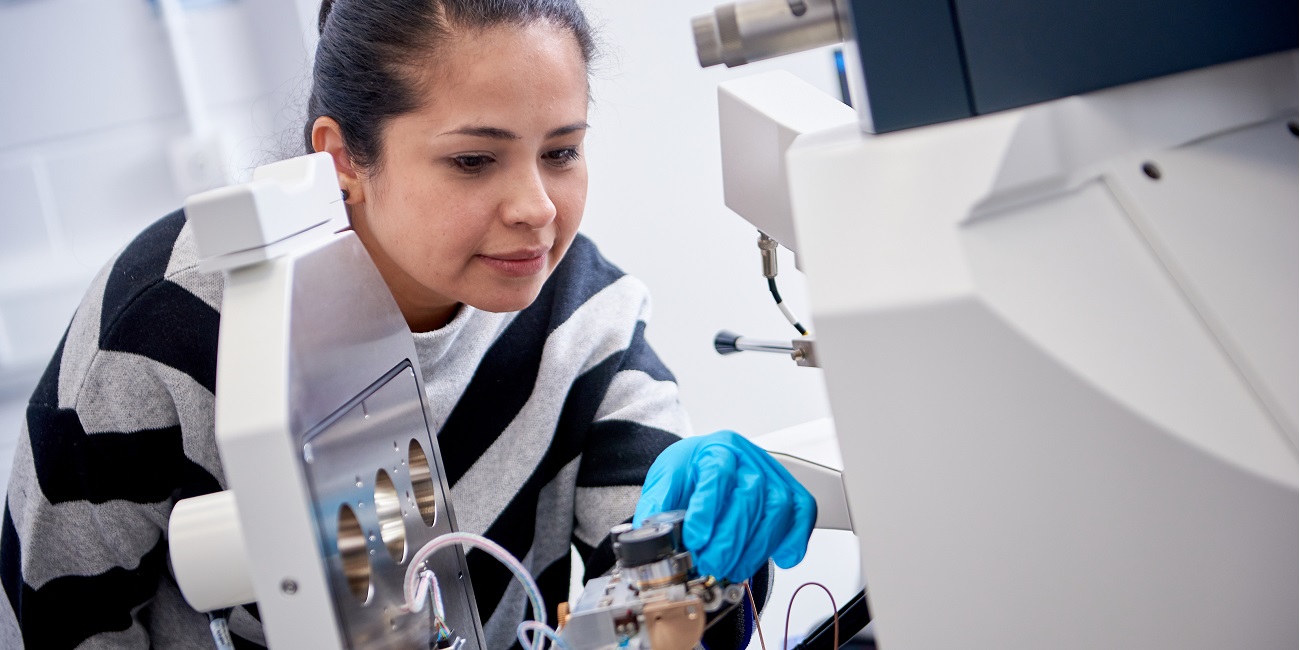 Professor Susan Bernal Lopez and her team are concrete detectives.

They are investigating the way rising levels of carbon dioxide in the atmosphere are accelerating the ageing of the world’s concrete infrastructure: motorways, bridges and buildings – the physical fabric that wraps around most of the world.

Carbon dioxide initiates a chemical reaction that corrodes the integrity of the cement structure.

It is an additional risk that comes from escalating CO2 levels – one that is a far cry from the image of polar bears stranded on receding ice sheets shrunk by climate change. But it is potentially just as grave.

Professor Bernal Lopez says: “This threat is now more critical than ever before.

“Modern concretes are produced with larger amounts of cement substituents, in an effort to reduce their environmental footprint, but the use of these cement substituents in many instances exacerbates a chemical reaction known as carbonation, which is considered one of the most critical ‘diseases’ of concrete.

“As soon as concrete is in contact with air, carbon dioxide enters the material and dissolves in water present in the concrete pores, forming carbonic acid. This acid reacts with the main cement binding phases or the ‘glue’ keeping all the components of concrete together.

“In concretes produced with high volume of cement substituents, carbonation can also lead to reductions in the mechanical strength and an increased porosity, which can compromise their integrity in the long term.”

One of the key concepts they will be applying to their work is fluid dynamics. 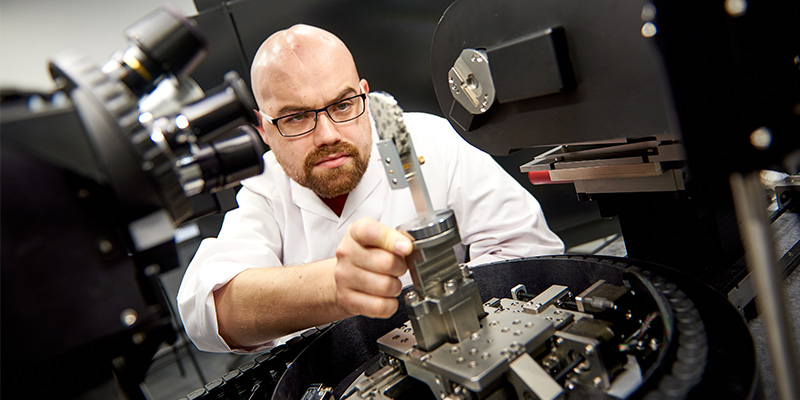 Dr James Vigor places a concrete sample in an x-ray microtomography machine. The machine shows how the structure of concrete changes when exposed to colder climates. Cracks may form and then fluids penetrate the material through those cracks and get deep into the material.

Concrete is a porous material. Fluid dynamics is a branch of science that attempts to predict the behaviour of matter that is not solid – and that covers liquids, gases and plasmas. In the case of concrete, the investigation would examine the way carbon dioxide and water find their way into a structure.

In the School of Civil Engineering at Leeds, cutting edge instrumentation is used to visualise fluid movement, with the aim of optimising concrete mix designs to make it more environmentally sustainable as well as resistant to CO2attack.

The project is just one across the University where fluid dynamics is being applied to solve major challenges facing the world.

The phenomenon of fluids 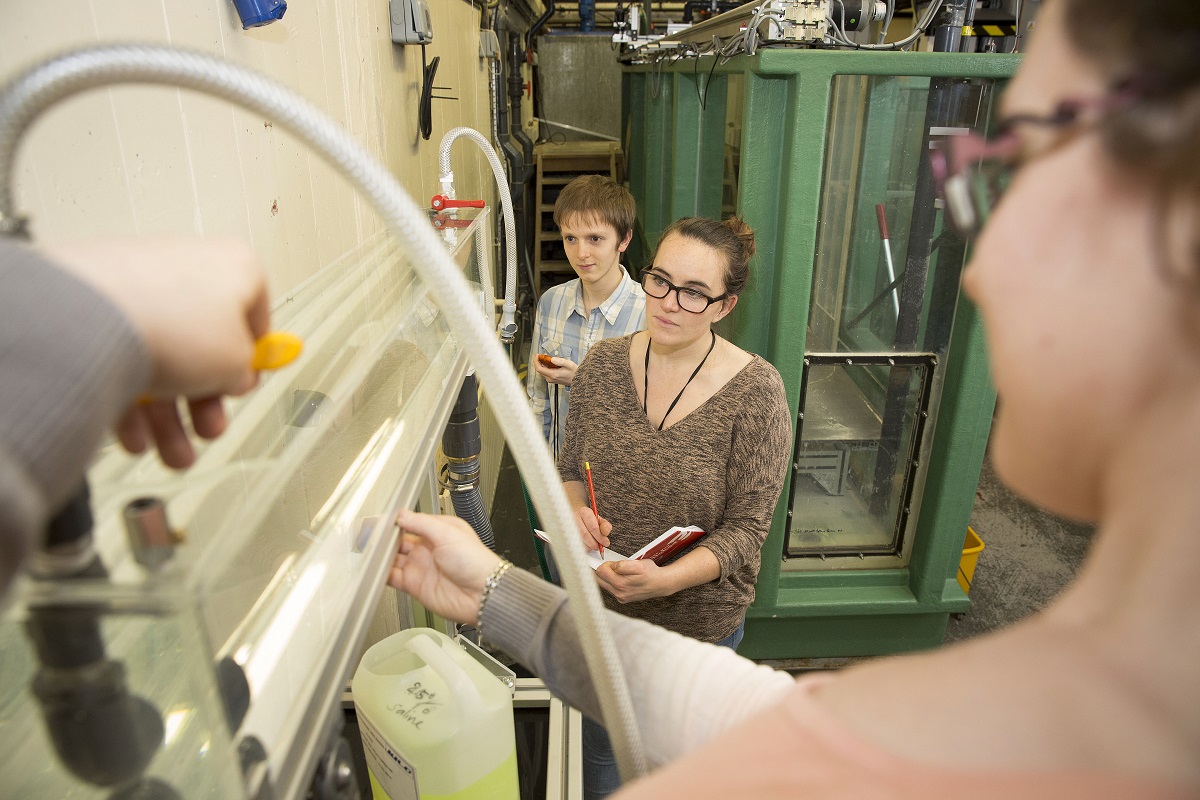 Fluid dynamics has wide applicability – from the manufacture of shampoos and other personal-care products to the way fuel combusts in engines, to the design of medical implants.

It is also the phenomenon that keeps an aircraft flying.

Fluid dynamics focusses on the way a gas or a liquid behaves when it is subject to a force. Steve Tobias is Professor of Applied Mathematics at Leeds. He says the behaviour of fluids is complex and unpredictable. A fluid will exert pressure on itself and on its environment, be it a pipe, dam wall, blood vessel or, when it comes to astrophysics, a planet. In turn, the environment will have an impact on the fluid.

The mathematics that represent the way fluids behave is usually non-linear, and solving non-linear equations is challenging.

Professor Tobias says: “You have these complicated non-linear equations and apart from in a very limited set of circumstances, you have to solve these equations computationally, which is where high-performance computing comes in.”

From planets to pipes, bricks to blood vessels - fluid dynamics has wide applicability – but what is it?

Professor Tobias uses fluid dynamics to try and investigate some of the biggest questions in physics: what causes the flows of gases around planets and stars?

“These are like the winds we get on earth but they have sat there in virtually the same position for as long as we have observed them, for about 400 years,” Professor Tobias adds.

“So why is that? How are they interacting with the turbulence that we think generates them?”

He is interested in the way order emerges from the chaotic flows of fluids. The sun is made up of electrically-charged hot plasma which generate a magnetic field which flips polarity every 11 years – the so-called solar cycle.

“The sun is about as turbulent as it gets, yet you get this nice 11 year solar magnetic field that oscillates. That is amazing. Why does that occur?” he says.

The answer lies in fluid dynamics. But when it comes to understanding the flows around planets, even super-computers are limited in what they can do.

Professor Tobias says: “There is no computer that can simulate a star – and even if it could, there is a recent calculation that demonstrates that in order to run the calculation you would need the power output from a star to run the model.

“That’s the kind of power you would need to get an accurate representation.”

Professor Tobias is part of an international consortium of academics to be awarded a £3.3 million grant from the prestigious Simons Foundation to investigate new mathematical methods to describe turbulence, considered an attempt to solve one of the last great problems in classical physics. 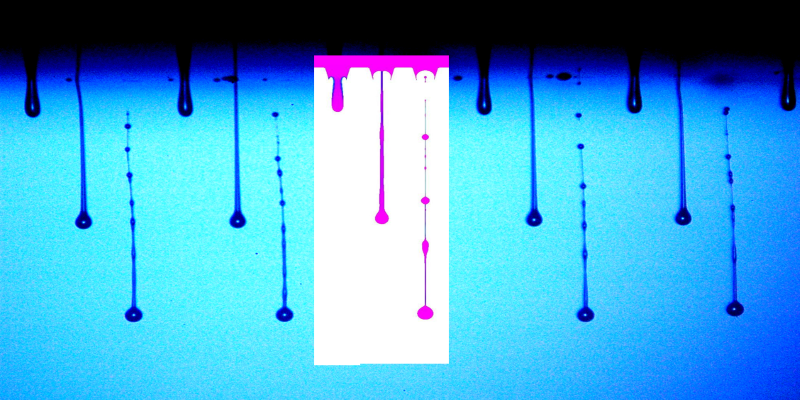 Modelling of the system of surfactants transportation and their effect on the surface tension and droplet formation <br> Image: E. Antonopoulou, CDT in Fluid Dynamics 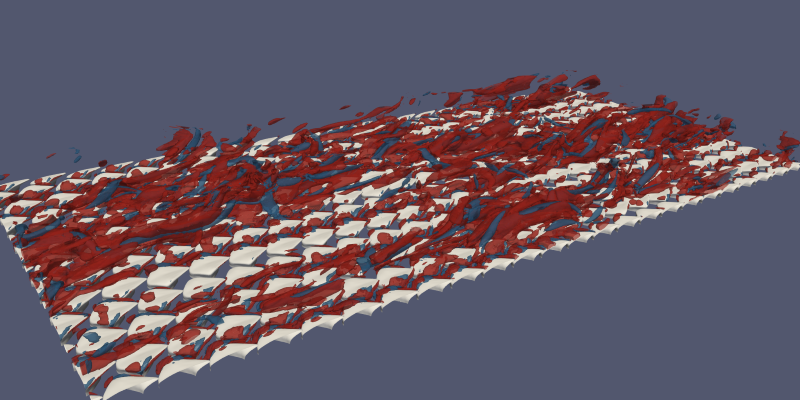 A turbulent flow simulation over the skin of a shark <br> Image: C Lloyd, CDT in Fluid Dynamics 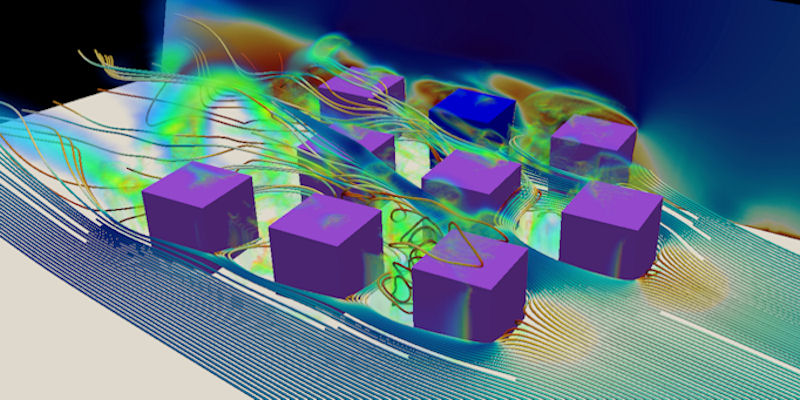 Research into fluid dynamics has been going on at the University of Leeds for the past 50 years. In 2019, the Leeds Institute for Fluid Dynamics (LIFD) was formed to encourage closer collaboration between the different research groups.

The focus is now on building the interdisciplinary strength of the University’s research in fluid dynamics: to cover the modelling of air quality, severe weather events, biological fluids, and the use of powerful computing methods.

By 2024, the Leeds Institute for Fluid Dynamics wants to be known as the foremost UK centre for interdisciplinary fluid dynamics research.

Over the next five years, the centre will appoint at least 50 new PhD researchers to undertake interdisciplinary research into fluid dynamics. The application deadline for entry in 2020 is 13 January and can be made here.

Professor Catherine Noakes, Co-Director of LIFD, said: “The vision for Leeds is to have an interdisciplinary focus on fluid dynamics. One of our real strengths is the breadth and strength of what we do here.

“There are other universities with expertise in fluid dynamics but a lot of them have a specific focus, for example on aerodynamics or the mathematics of fluids.

At Leeds, we have strengths in fluids dynamics across multiple different schools. It's right across the campus.

“The real areas where we are hoping to grow would be around biomedical flows and environmental flows –those aspects of what we do speak to big global challenges, for example climate change, air quality, weather forecasting. In terms of biological flows, it’s about personalised medicine and disease detection.” 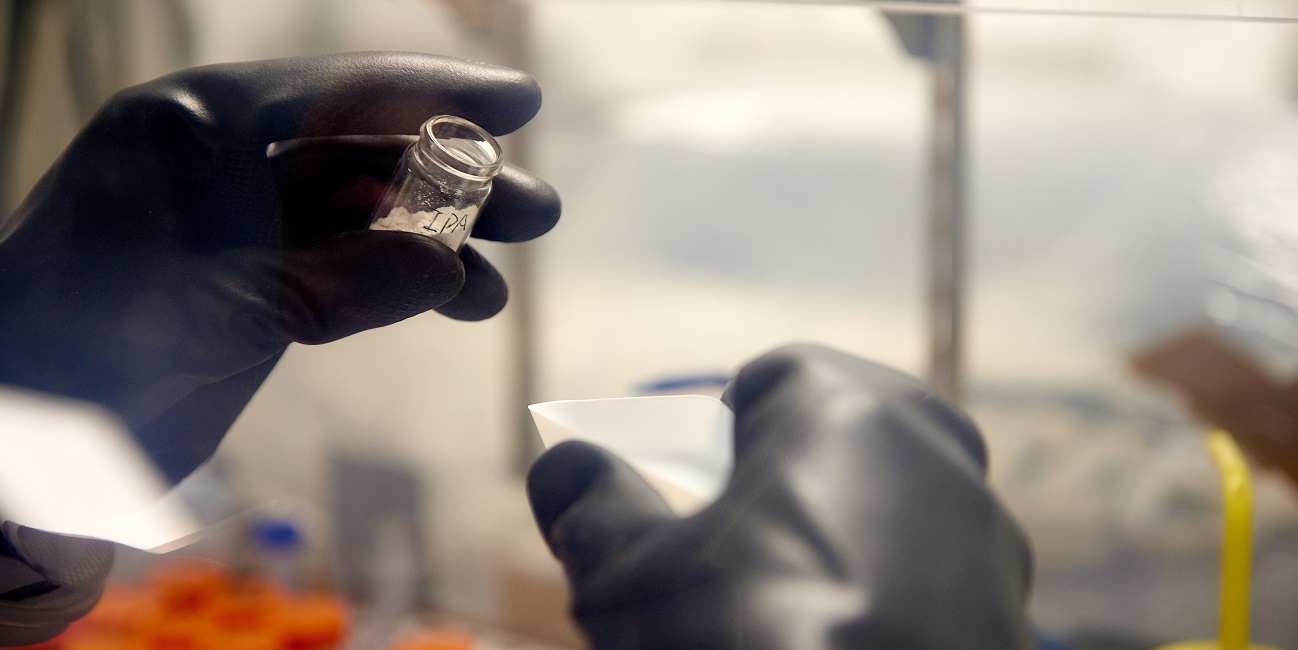 Harvey Thompson heads the School of Mechanical Engineering and is Professor of Computational Fluid Dynamics at Leeds. He has seen computational fluid dynamics gain greater recognition in industry, where it can revolutionise design and manufacturing and improve profits.

The University is involved in knowledge transfer. That does not necessarily involve sharing cutting edge research, but working with partners to demonstrate the benefits that fluid dynamics can bring.

Getting the green light

The complex way that air flows around a moving vehicle is described in the colourful lexicon of fluid dynamics.

You get separation bubbles, edge and horseshoe vortices, separating shear layers and eddying turbulent wake structures. The upshot is drag, which results in higher fuel consumption.

A team of engineers at Leeds worked with Yorkshire Ambulance Service to identify ways drag could be reduced, along with fuel bills. In 2015 the service had 1,500 vehicles clocking up 40 million miles. The fuel bill was more than £6 million.

Engineers focussed on the design of the emergency light bar: the structure on the roof of the vehicle that anchors the blue emergency lights. Using computational fluid dynamics, they found that the effect of the light bars on overall drag could theoretically be reduced from 30 percent to seven percent.

Taking into account the weight of the emergency vehicles, they estimated moderate improvements to the light bar could reduce fuel consumption by between 4.4 percent and 6.4 percent. Split the difference and a 5 percent reduction would save the ambulance service £350,000 a year and reduce carbon dioxide emissions by 250 tonnes.

The findings led the NHS to look at ways of greening its blue light fleet.

Professor Thompson says: “We worked with the sustainability team at the Yorkshire Ambulance Service and we showed that a fairly small modification to the design of the light bar could significantly reduce the ambulance fleet’s fuel burn.

“We shared our thinking with them – and they were able to take that forward and work with the NHS and the manufacturers of ambulances to ensure sustainability was part of the ambulance procurement process.”

The University has also worked with the research and development team at a large international engineering company that makes drills, cutting and boring equipment.

Cutting and drilling equipment can get super-hot, requiring the use of coolants, and their effectiveness determines the wear and tear and overall performance of cutting tools. The research partnership resulted in techniques using fluid dynamics that enabled the company’s engineers to design more effective coolant regimes, and more reliable drills.

As the new processes bed into the company’s product line, these capabilities are enabling the company to design better, more innovative products.

Professor Thompson adds: “This was a company that had not really looked at fluid dynamics modelling. For them it was all about solid mechanics. This was a high-tech company but they had not considered fluid dynamics.

“But working through a knowledge transfer partnership with the University, they have been able to see the benefit of fluid dynamics – and have now invested in their own fluid dynamics team.”

The dynamics of droplets 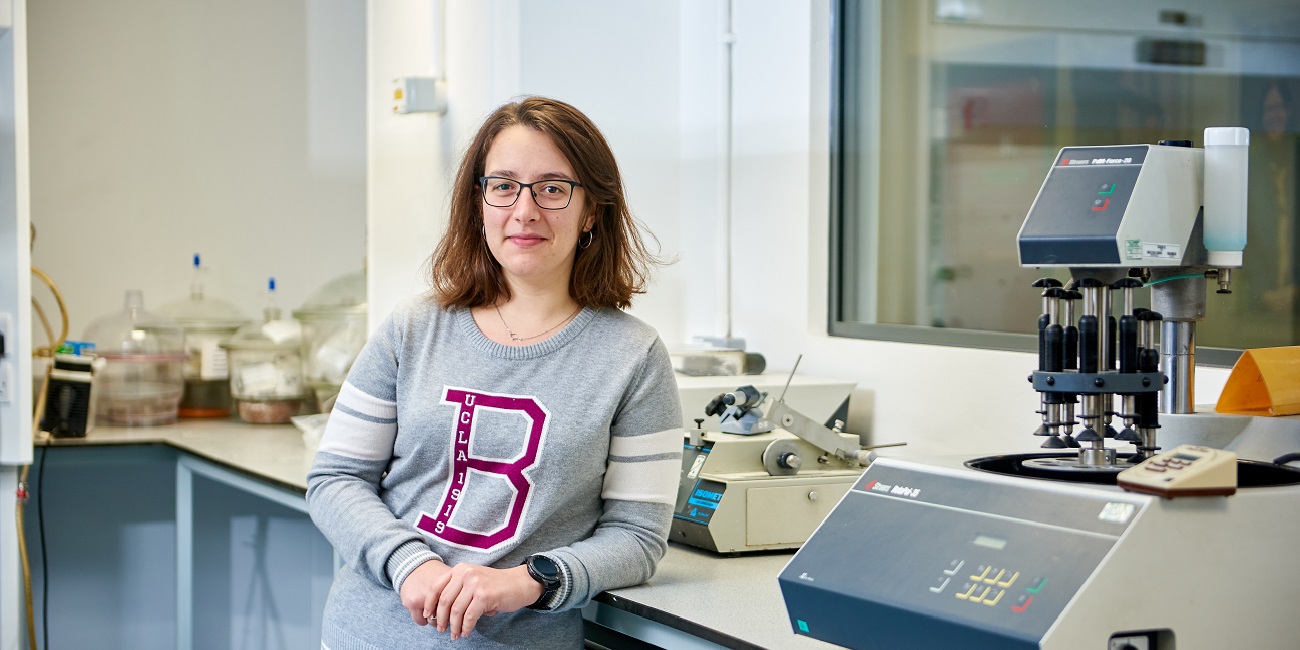 This month, researchers from Leeds will attend the largest gathering of researchers involved in fluid dynamics, attended by 3,000 delegates and hosted by the American Physical Society in Seattle. It will allow Leeds to demonstrate its cutting edge work.

Among the delegates from Leeds will be two PhD researchers. Both are involved in the dynamics of droplets.

More of the compounds used in the modern applications of inkjet printing are water-based, making them cheaper and more environmental friendly. However, they tend to have high surface tension, a property which makes them difficult to spray. Surfactants (chemical compounds) are added to lower the surface tension, but behaviour in a system such as inkjet printing is as yet unknown.

At the University, Eva Antonopoulou is modelling the system of the surfactants transportation, their effect on the surface tension and the droplet formation.

Tom Sykes is investigating how droplets coalesce and mix after being printed, a process which happens within a fraction of a second. Using high speed imaging and numerical simulations, Tom uncovers the internal flows to elucidate the mechanism of fluid mixing, especially in cases where the coalescing droplets have different fluid properties which is increasingly common in applications.

Both projects have greater significance as scientists look at ways of using 3D printing to grow human tissue or manufacture medicines including vaccines.