Changes in the Earth's climate caused by human activity are being observed in every region and across the whole climate system, according to a major international report released today.

Leeds researchers have worked with hundreds of experts from across the world for more than three years to deliver the Intergovernmental Panel on Climate Change (IPCC) report, which examines the physical science basis of climate change.

The good news is that if the world can substantially reduce emissions in the 2020s ... temperature rise can still be limited to 1.5°C.

But according to the report, which numbered four University of Leeds experts among its authors, strong and sustained reductions in emissions of carbon dioxide (CO2) and other greenhouse gases would limit climate change, with global temperatures stabilising within 20 to 30 years.

Professor Piers Forster, Director of the Priestley International Centre for Climate and co-ordinating lead author of today’s report, said: “The bad news is that a low level of future warming can now be ruled out.

“But the good news is that if the world can substantially reduce emissions in the 2020s and get to net-zero CO2 emissions by 2050, temperature rise can still be limited to 1.5°C.”

The 1.5°C target was established by the Paris Agreement in 2015, committed to by nearly 200 nations.

Though some progress has been made, the authors of the latest report are clear: unless there are immediate, rapid and large-scale reductions in emissions, the 1.5°C target will be out of reach.

Leeds colleagues Dr Amanda Maycock, Director of the Institute for Atmospheric and Climate Science, and Suraje Dessai, Professor of Climate Change Adaptation, were also lead authors. Dr Chris Smith, NERC-IIASA Collaborative Research Fellow, was involved in developing simpler climate models that were used throughout report and was a contributing author across multiple chapters.

The IPCC is the leading world body for assessing the science related to climate change, its impacts and potential future risks, and possible response options.

This is the first major assessment of the latest science since 2013. It draws on multiple lines of evidence, including computer models, physical observations, and theoretical understandings.

Professor Dame Jane Francis, Chancellor of the University of Leeds, said: “This latest IPCC report is the state-of-the-art assessment concerning regional and global climate change and is only possible by integrating all the relevant scientific findings to date.” 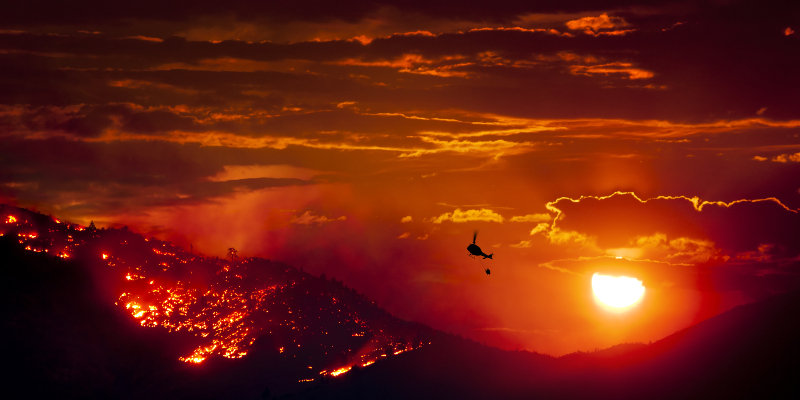 Professor Forster, who has been involved in several previous assessment reports, said: “For the first time we are really able to quantify the role of feedback loops with a high degree of certainty.

“Even more importantly, we use this knowledge gleaned from theory to make projections of temperature. This leads to a substantial narrowing in uncertainty for our future predictions of climate change.”

Under all scenarios examined in the report, global surface temperature will continue to increase until at least 2050. Unless deep reductions in CO2 and other greenhouse gas emissions occur in the coming decades, global warming 2°C will be exceeded during the 21st century.

With every additional increment of global warming, weather extremes like heatwaves, heavy rainfall, and drought, many of which are already being experienced across parts of the world, will become more intense and frequent. This will have widespread impacts on all aspects of human society, from agriculture to transport.

This report is released ahead of the much-anticipated COP26 negotiations in Glasgow in November, and the findings have particular significance for decision-makers.

“The focus must now be on maximizing near term action at COP26” said Professor Forster. “We need to reduce emissions as fast as possible and achieve global net-zero as soon as possible to limit the risks of the feedbacks that we don’t yet have a clear enough picture on.”

COP26 will bring together heads of state, climate experts and campaigners to agree coordinated action to tackle climate change. Today’s report will put further pressure on securing ambitious and tangible outcomes from the negotiations.

“This report is a reality check,” said IPCC Working Group I Co-Chair Valérie Masson-Delmotte. “We now have a much clearer picture of the past, present and future climate, which is essential for understanding where we are headed, what can be done, and how we can prepare.”

The report released today is the first in a series of three reports that make up the IPCC Sixth Assessment Report (AR6). Leeds researchers are also involved in the remaining two reports from Working Group II and Working Group III which are due for release in February and March 2022 respectively. A final Synthesis Report scheduled for September 2022.

For media enquiries contact Lauren Ballinger in the University of Leeds Press Office.