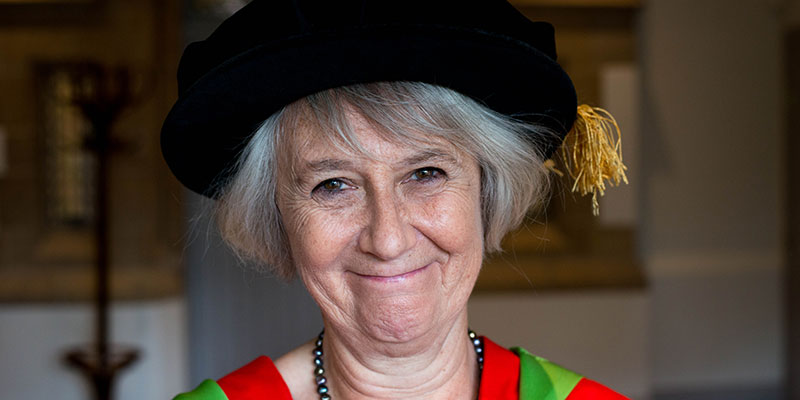 Dame Anne Owers’ distinguished career has been shaped by a sense of responsibility for people who live at the margins of society, those who are often treated as though their lives do not matter.  She has attributed her identification with the outsider and the easily marginalised to her own background.  She grew up in a Durham coal mining community where people by and large had things done to them and were often unable to fulfil their full potential.  She was the first generation of her family to attend university, reading History at Girton College, Cambridge.

After graduating, Anne taught for a time in Zambia.  Returning to the UK, she became General Secretary of the Joint Council for the Welfare of Immigrants in 1985, a member of the Race and Community Relations Committee of the Church of England, and chair of the Board of Trustees of the Refugee Legal Centre.  From 1992 to 2001 she was Director of the human rights and law reform group Justice, which campaigned to improve conditions in young offender institutions and prisons, and helped to secure the setting up of the Criminal Cases Review Commission (CCRC), which investigates possible miscarriages of justice.  She was a member of the Home Office Task Force on the implementation of the Human Rights Act and of the Lord Chancellor’s Advisory Committee on Legal Education and Conduct.

Between 2001 and 2010 Anne held the position of HM Chief Inspector of Prisons, and in 2012 became Chair of the Independent Police Complaints Commission (IPCC), the first woman to have held both roles.  She is presently national chair of the Independent Monitoring Boards, which provide independent oversight of the treatment and care of prisoners and detainees.

We are hugely fortunate in the School of Law to benefit from her generous support and considerable wisdom:  as well as serving on two advisory boards, she recently gave a key note speech at the School’s launch of the Women Breaking Barriers Network, making a real impact on the young women students who had come together for the day from across the north of England.

Vice-Chancellor, Anne’s public service has taken various forms over the past four decades, but there is a common theme:  a belief that we should take responsibility for ourselves and for each other, combined with a conviction that lives can be made better – and vulnerable groups helped – through the implementation of enlightened practice and policy.  Her career stands as inspiration and example to us all;  and I am delighted to present to you for the degree of Doctor of Laws, honoris causa:  Anne Elizabeth Owers.
Back to the top