In this Section: Spotlight

Tracking the flow of plastic pollution

Researchers have been involved in a major study to model the stocks and flows of plastic waste around the world. It reveals how much is being openly burned, discarded on land and ends up in the oceans. Despite the enormous scale of the problem, they say there are achievable solutions. 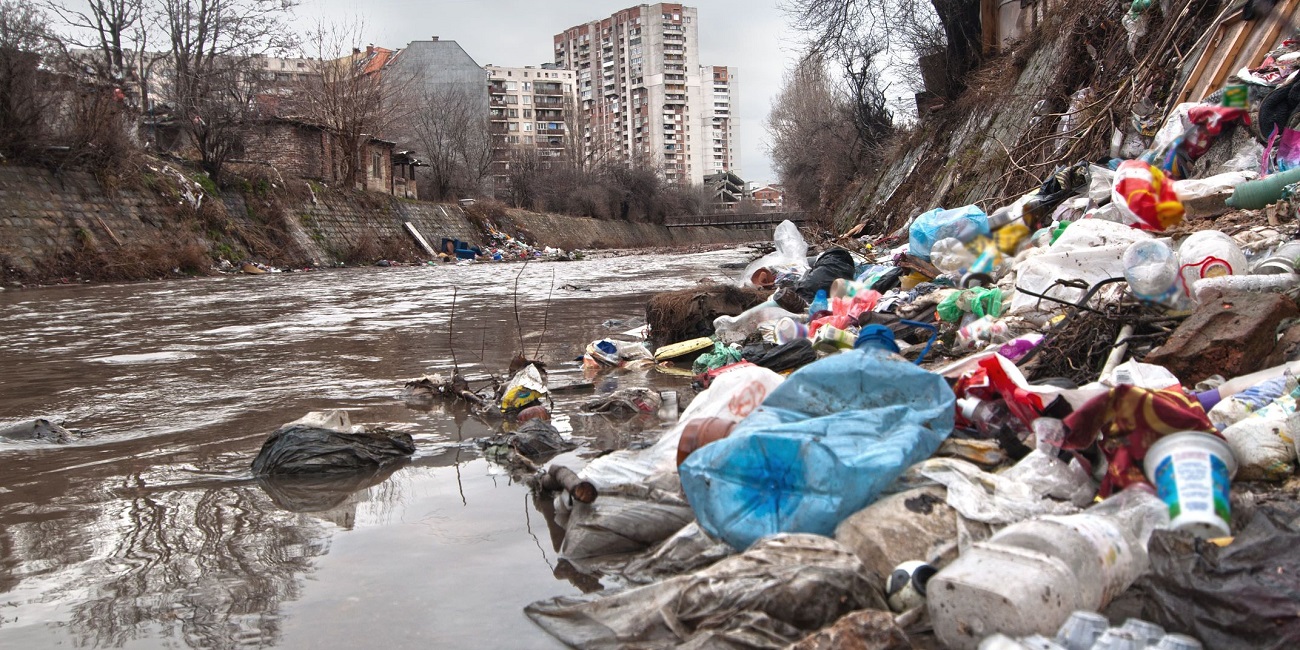 A world drowning in plastic pollution

For Dr Costas Velis, the study has served notice on governments and industry of the scale of plastic pollution facing the world.

It projects that between 2016 and 2040, more than 1.3 billion tonnes of plastic will end up being dumped on land and in watercourses, unless urgent action is taken to reduce the problem.

It also found that the volume of plastic pollution would be even greater were it not for the fact that large quantities of plastic waste is burned in the open as a way of disposing of it. Open burning gives off potentially-toxic fumes and generates greenhouse gases.

This scientific inquiry has for the first time given us a comprehensive insight into the staggering amounts of plastic waste being dumped into the world's terrestrial and aquatic ecosystems. We now have a much clearer picture of the sources of the pollution and where it eventually ends up.

Dr Velis, from the School of Civil Engineering, is one of the lead academics involved in the investigation.

He and his colleagues developed a computer model that tracked the stocks and flows of plastic waste across the world. It revealed a picture of global waste systems overwhelmed by the volume of plastic waste now being generated.

When plastic waste is not collected or is mismanaged, there is a high chance it becomes pollution: instead of being disposed of properly, waste is openly burned or discarded onto land and into watercourses where it is washed or blown into the sea.

The scientists and experts conclude that there is no single magic bullet to reduce the scale of plastic pollution and call for a range of interventions from industry and governments. However, they say change is achievable using existing technology and knowhow. 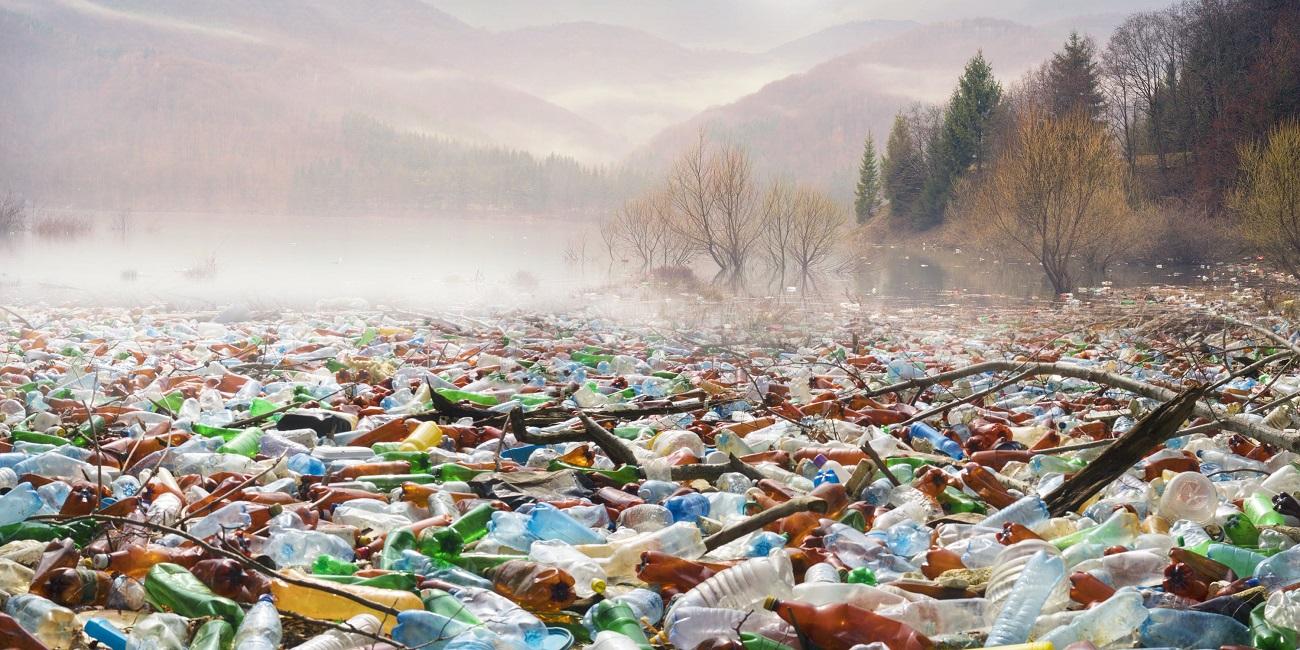 The aim of the project, known as Breaking the Plastic Wave, was to identify ways of eliminating or reducing the amount of plastic pollution entering the seas by 2040.

The findings of the year-long study are published in the peer-review journal Science, where the assumptions that went into the computer model are described.

A separate report, Breaking the Plastic Wave, sets out the analysis in more details and describes a set of interventions that could significantly reduce the projected levels of plastic reaching the seas by 2040. The report is also available on the SYSTEMIQ website.

The organisations involved in the Breaking the Plastic Wave report

The University and Dr Costas Velis have a strong research record in identifying ways to deal with plastic pollution in the seas.

Dr Velis chairs the International Solid Waste Association's task force on marine litter. Read more about the work of his research team at the University.

Dr Velis and his research team are part of Water@Leeds.

The scale of the plastic pollution challenge 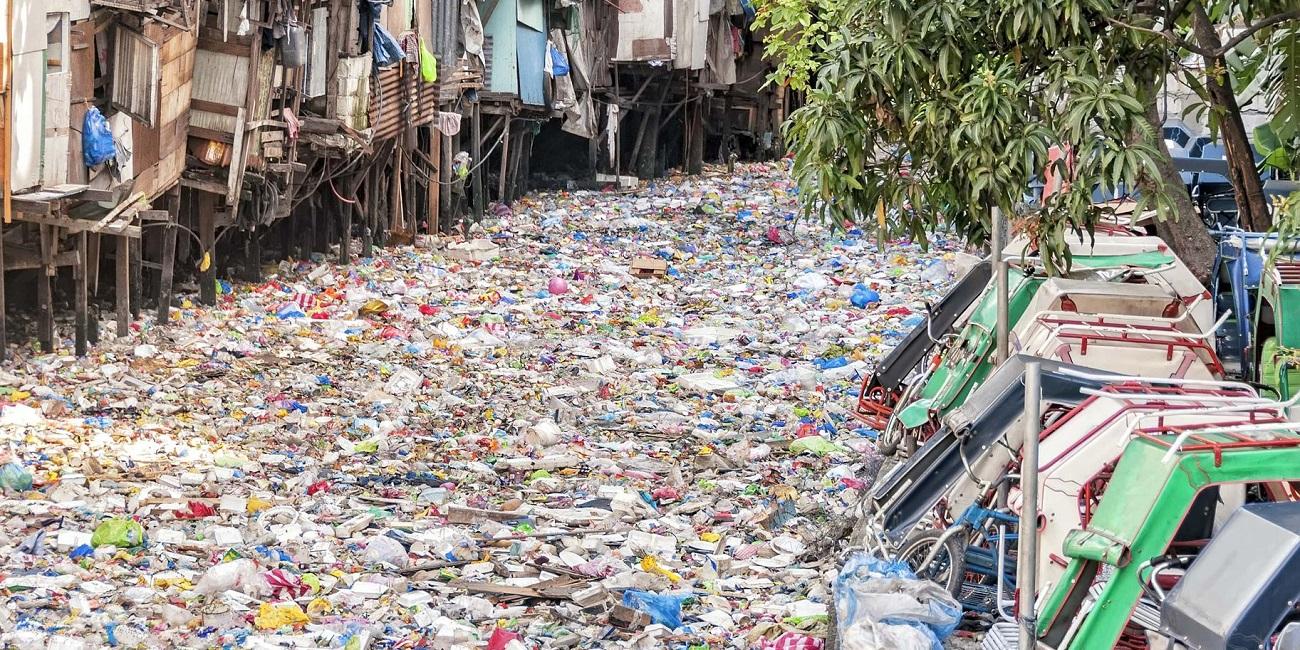 Around 95 percent of aggregate plastic packaging is used just once before it becomes waste.

The analysis showed that the biggest source of plastic pollution was uncollected solid municipal waste, a lot of it from households.

As the scientists modelled the flows of waste plastics through the economy, they identified a hidden aspect to the problem - the vast quantities of plastic waste being openly burned.

Although burning reduces the amount of waste being discarded onto land and into the seas, it generates potentially toxic fumes and contributes to greenhouse gas emissions.

Without action, the stock-and-flow modelling estimates that approximately two and a quarter billion tonnes of plastic waste will be openly burned between 2016 and 2040, which is more than twice the amount that is projected to be dumped on land and into the aquatic environment.

Ed Cook is Research Fellow in the School of Civil Engineering at the University of Leeds and one of the scientists involved in the study.

Modern incinerators with air pollution control technology, emit very few hazardous substances. But with open burning, the combustion is often incomplete, and all sorts of potentially toxic emissions are released, which can result in a range of negative health outcomes.  Those obnoxious substances are being breathed in by people who are working with waste and also in the communities that live nearby.&nbsp;

He added: “Burning is a double-edged sword. It reduces the amount of plastic that could eventually end up in the seas and on land but it also poses many other environmental problems, including a significant contribution to global warming” 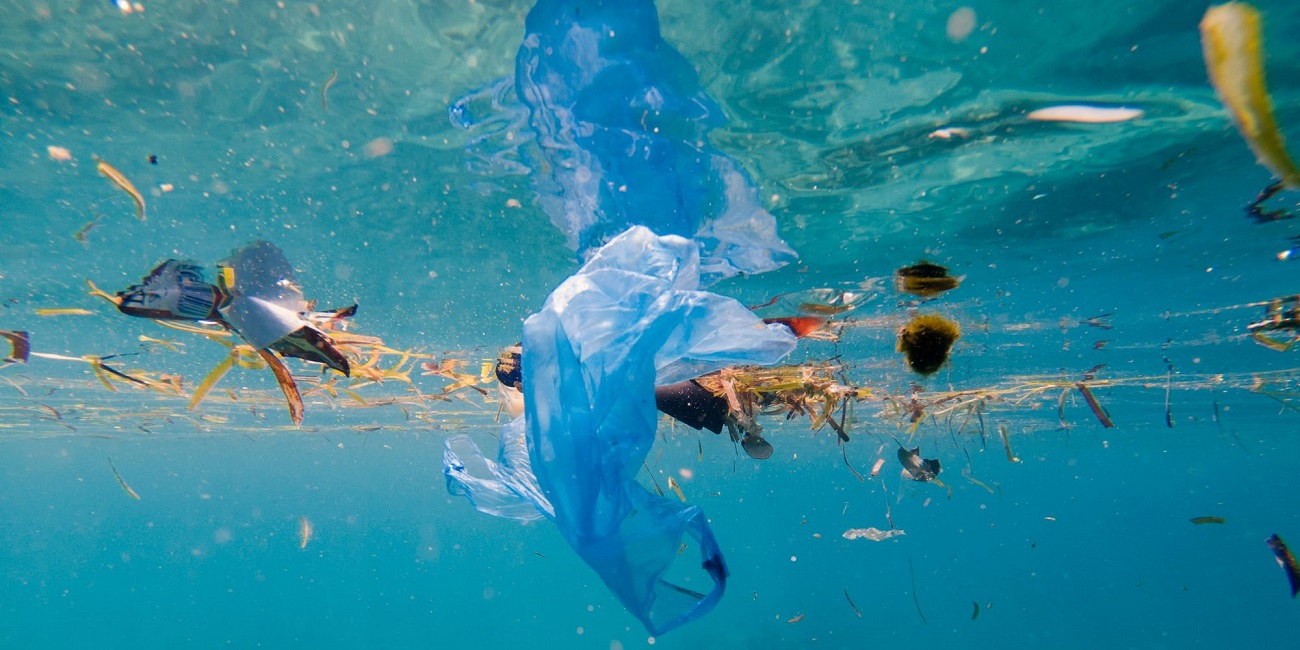 The study revealed that improving waste collection services would be the single most influential factor in reducing pollution.

In the absence of collection services, people have to make difficult choices about how to manage the waste themselves by openly burning it, dumping it on land, or putting it directly into rivers and coastal waters. Our modelling shows that every additional tonnes of plastic collected reduces pollution of the aquatic environment by 0.18 tonnes. Waste collection is indeed the most effective way to prevent pollution.

He added: “So at the heart of any effective solution should lie the provision of solid waste management services and infrastructure to all, a key target of the UN Sustainable Development Goal 11.”

The lack of formal waste collection and recycling services has resulted in the growth of waste pickers.

A conservative estimate indicates that there are at least 11 million waste pickers worldwide. This marginalised sector makes a living sifting through uncollected waste, looking for material that they can sell-on for recycling. It is believed they collect about 58 percent of all plastic material that is recycled worldwide - more than all the formal authorities put together.

Waste pickers are the unsung heroes of recycling in the Global South, without whom the mass of plastic entering the aquatic environment would be considerably greater. Thus, it is critical that supportive policies are implemented to eliminate the health and safety challenges and wider societal challenges associated with their activities.

Inclusion, integration and enabling self-organisation of waste pickers is critical to supporting the circular economy in the Global South.

A waste picker recovering recyclable material in a dumpsite

The University has conducted research into the informal recycling sector and the role waste pickers play in waste management.

The scientists conclude that there is no single solution that would reduce the flow of plastic waste into the oceans. They used the computer model to investigate the effectiveness of various interventions involving six scenarios, which ranged from business as usual to improving levels of recycling or finding alternatives to plastics - to a complete overhaul of the system. None of the single solutions was sufficient. Brought together, though, they could reduce plastic flow into the oceans by 80 percent of the level projected for 2040.

Although the task is huge, the report says it is attainable and can be achieved using existing technology and knowhow, by:

The focus in high income countries should be to decrease plastic consumption, improve product design and recycling. In low-to-middle income economies, the push should be on improving waste collection and in investing in sorting and recycling, say the scientists.

The interventions explored here are all achievable using existing and already mature technologies. The suite of approaches we&#146;ve proposed is already within our capability - but it requires the political, societal and corporate will in order to achieve it.

He added: “There is not one single solution. We can’t simply say we’re going to recycle everything or use less material, we need to take a holistic approach and look at the whole system.

“Although the report looks at the flows of plastic waste into the oceans, the benefits will extend far beyond the marine environment.” 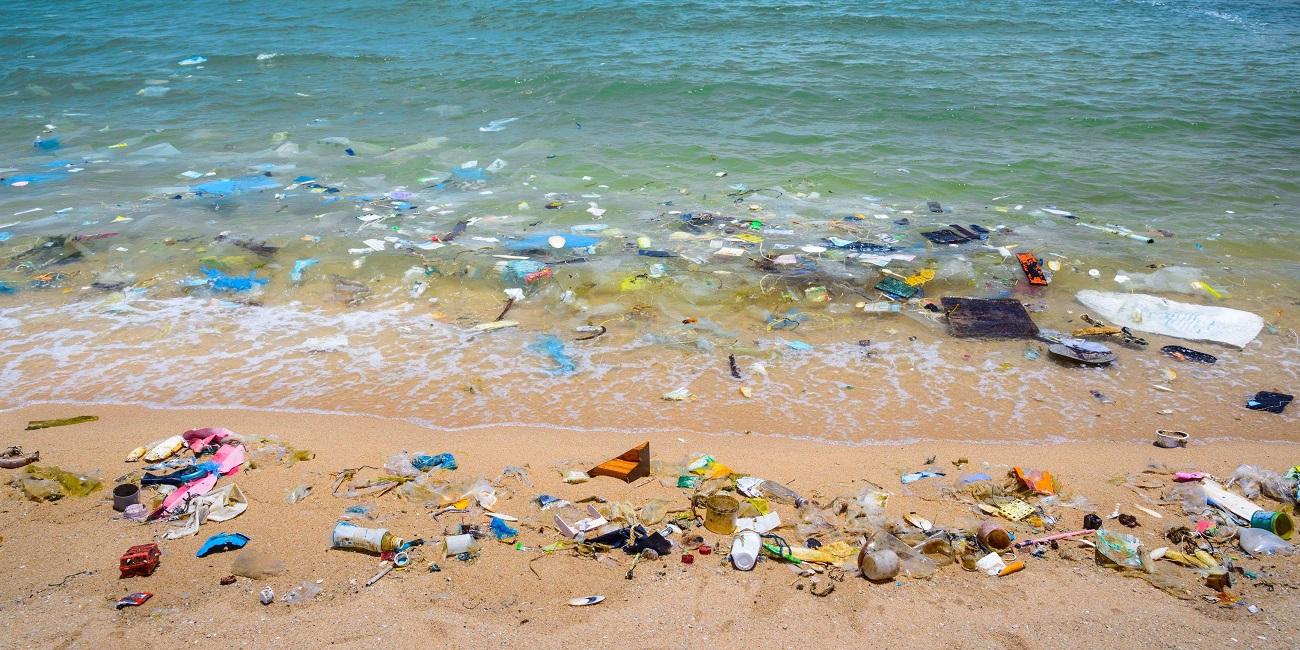 Breaking the Plastic Wave acknowledges that these interventions will reduce - but not stop - plastic pollution into the seas. Trying to reach near-zero plastic pollution would require “...technological advances, new business models, significant spending and, most crucially... innovation”.

For Dr Velis, the plastic pollution study has the potential to kickstart a scientific revolution, similar to the way that early reports from the Intergovernmental Panel on Climate Change began to raise awareness of global warming - and the steps needed to tackle it.

Dr Velis added: “This paper shows the huge mobilisation across the global scientific community and our determination to find cost-effective solutions to the problems of plastic pollution in the marine environment and elsewhere.

“I can’t predict the future but I hope our most realistic scenarios could be reality in 2040.”