At the heart of regenerative medicine

Two Leeds professors have developed a process to wash DNA out of tissue so that it's safer to implant. 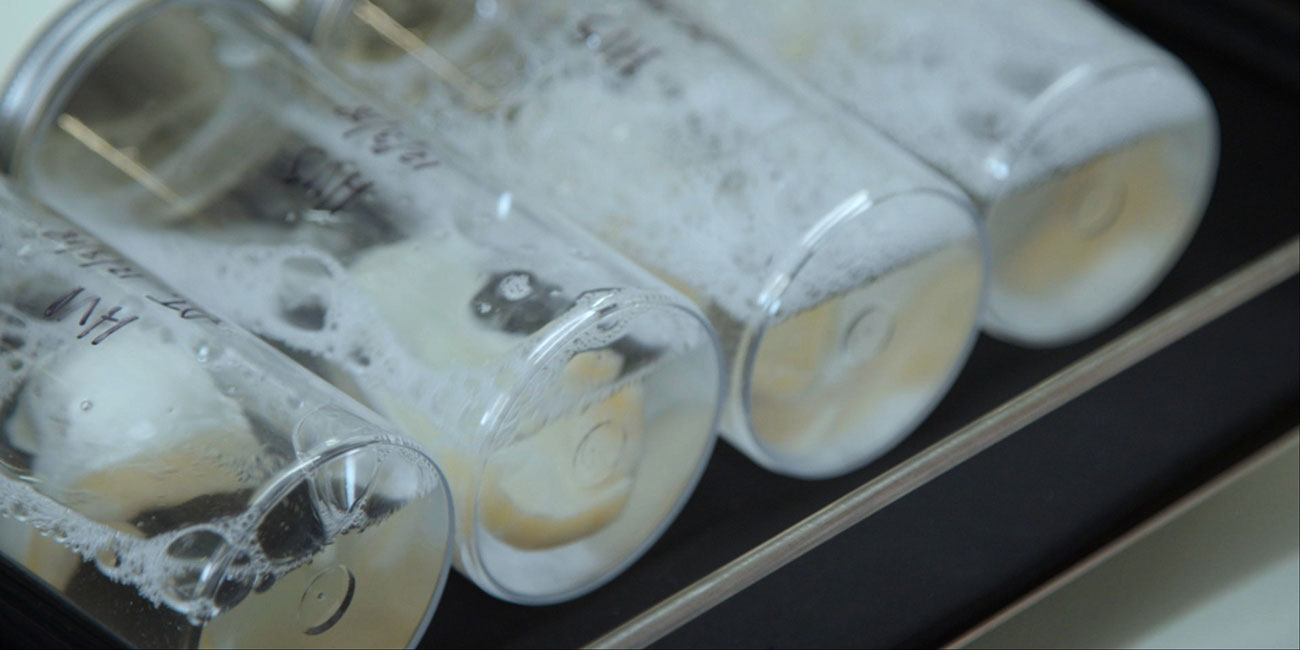 When Eileen Ingham first arrived in Leeds as an undergraduate she never imagined she would stay as long as she has. But, after graduating in biochemistry and microbiology, she went on to complete her PhD in immunology and began life as a post-doctoral researcher.

Since then, the support of her colleagues and collaborations with other departments and the NHS have kept her at the University where she moved from a temporary to a permanent lectureship and then on to Professor of Medical Immunology. A former Deputy Director of the Institute of Medical and Biological Engineering, she is also co-founder of a hugely successful spin out company.

These collaborations have also led to huge leaps in regenerative medicine, and with that, unexpected recognition. Earlier this year Eileen and long-time collaborator and husband Professor John Fisher were shortlisted for the European Patent Office's European Inventor Award 2018 for work on creating a process to wash the cells and DNA out of donor tissue so it is not rejected by the host body’s immune system.

Eileen and John explain the decellularisation process and a recipient highlights how beneficial it has been to her treatment.

What began at the turn of the century as a small project to generate aortic heart valves using tissue with the DNA and cellular material removed has grown into Tissue Regenix, a company with over £70m in private sector investment that employs over 50 people in its Leeds headquarters. The decellularisation process was patented for heart valves in 2001, has gone on to be adapted and used in many other tissue types from bladder to meniscus to the complex composite tissues in the knee.

Tissue Regenix was spun out of the University in 2006 to commercialise the decellularisation process, under the name dCELL® Technology.


This film from Tissue Regenix explains how the dCELL® Technology works.

Chief Executive Steve Couldwell said: “Since then the benefits of their work have helped thousands of patients, across a multitude of clinical areas; from wound care and surgical reconstruction in the USA, to paediatric heart valves in Brazil and orthopaedic sports medicine in the EU.

“Offering both clinical and health economic benefits, and having already proven its life changing outcomes, the scope for these clinical application areas to be expanded is truly exciting.”

With the ongoing commitment of Eileen, John and their research teams, the future potential of dCELL® Technology is vast, and offers patients and clinicians alike a significant and novel treatment option, Mr Couldwell added.

The decellularisation method started in 1999 with a relatively small grant from a local charity, the Children’s Heart Surgery Fund, to come up with a process to remove cells from aortic heart valves, using valves from pig hearts.

“We wanted to create an aortic valve that would grow with a child and would not be subject to the same chronic ongoing immune response we see with donor valves,” explains Professor Ingham. “The hypothesis was that if we could do this, removing the immunogenic cells then we could create a valve that would mean a single surgery and last a lifetime.”

Researchers had already stripped cellular material from tissue and were using this for wound repair. Professor Ingham worked with Professor Fisher in the University’s Faculty of Engineering, NHS Blood and Transplant colleague John Kearney and NHS consultant cardiac surgeon Kevin Watterson to develop their own, more extensive unique decellularisation process. The method was patented in 2001, and they first published their research in 2002.

Although their work on pig aortic valves has been demonstrated in animal models, the clinical community in Europe and the UK were extremely cautious about decellularised pig heart material being used in humans. In 2003 the failure of a different, inadequate method developed in the US shook the confidence of researchers.

In Brazil, where there is a greater need for heart repair in young people, a long-term collaborator has been using human heart valves which have been decellularised using the same method as that developed in Leeds for over a decade in patients and the follow up data shows great promise. So while the technique has yet to be tested in patients in Europe, Eileen is hopeful that it will begin to be piloted soon.

Eileen and John met in 1992 four years after he moved to Leeds from Glasgow. He was looking for a biologist to work with in the area of joint replacement. “He had recognised that the failure of hip replacement was not simply mechanical but a biological problem,” recalls Professor Ingham. “He had the vision to collaborate with an immunologist who understood how the body would react to implants.”

This collaboration to test both biomechanics and biological compatibility is what led to success. Eileen says: “A lot of the competitor research is in bioengineering and led by engineers who try to do a bit of biology, or in regenerative medicine and basic work with teams focused on the cell biology. Very few groups have people trained in physics and engineering and others in the core discipline of immunology with neither letting go of the connections to their underpinning discipline.”

Katie Daniel, Manufacturing the Future Lead at the EPSRC said: “The decellurisation technique developed by Professors Ingham and Fisher is already having an impact on the health of patients with chronic diabetic ulcers and heart disease.

“The invention demonstrates the power of bringing together researchers from different disciplines to solve real-world problems, and how long term investment by the EPSRC can lead to the creation of new businesses and jobs.”

Along the way, they have picked up numerous accolades, as Alex Chaix, joint Head of Knowledge Exchange and Commercialisation at BBSRC - UKRI attests: “We’re delighted to see past finalists from BBSRC’s Innovator of the Year award; Professors Eileen Ingham and John Fisher; as the only UK entry on the shortlist for the European Inventor Award. Their decellularisation technique received support from across UK Research and Innovation via EPSRC, BBSRC and Innovate UK and is producing life enhancing products.”

Circling back to the heart

The decellularisation process can be adapted and applied to a wide range of tissue types, albeit with modifications. Eileen explains: “The heart valve tissue is relatively thin and we have found our method works well on thin tissues like pericardium and amnion but it is harder to decellularise thick tissues. The bladder when relaxed is very thick and muscular, so we need to add in additional tricks. The secret is to stretch it like a balloon before the decellularisation process.”

While other researchers are exploring the technology to create complex cellular structures such as nerves, Eileen and colleagues are focused on composite tissue with dense connections and have developed a process to apply to replacement tissues in the knee joint.

The team has also come almost full circle back to their roots in aortic valve replacement and are looking at the pulmonary valve too. Of the two heart valves, the aortic valve works hardest and is more likely to need replacing in patients. “Often a surgeon will take the pulmonary valve, that supplies blood to the lungs, and switch it over to the aortic side, using a donor valve to replace the pulmonary one. Donor valves wear out over time but this happens more slowly on the pulmonary side and is usually caught through monitoring symptoms.” says Eileen.

“The question arose as to whether the decellularisation process could also work on the pulmonary valve and early testing in sheep models has been largely positive. We are hoping to take the next step to work with our long-term partner NHS Blood and Transplant Tissue & Eye Services to apply the technology to human valves.”