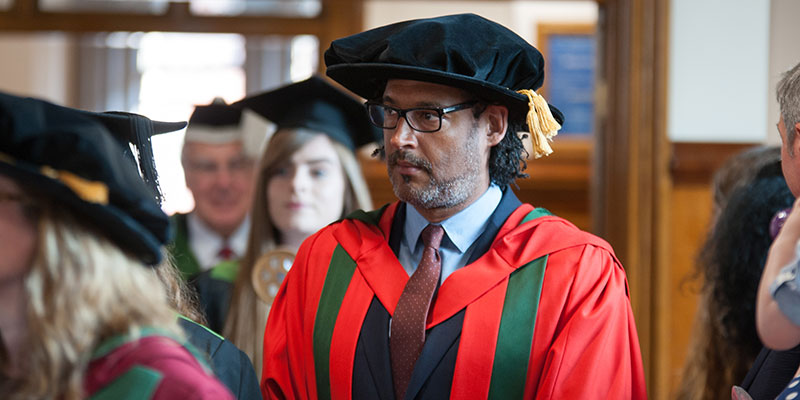 David Olusoga pointed out in an article last week that: ‘11 of the 23 man [England football] squad are black or mixed-race and […] Harry Kane is of Irish descent.’  He quotes manager Gareth Southgate’s statement that:  ‘We are a team that represents modern England and in England we have spent a bit of time being a bit lost as to what our modern identity is.’ This seems particularly apt to mention today, not just because it is the day of the semi-final, but because David Olusoga’s ground-breaking history documentaries, books and articles have helped us to understand the roots of Britain’s modern identity.

David’s work is powerful because it makes us look afresh at histories we thought we knew.  In 2014, he wrote and presented The World’s War: Forgotten Soldiers of Empire, which focuses on the hundreds of thousands of Africans, Indians, Chinese and others who also worked, fought and died on multiple fronts for the French and British Empires during the First World War. His next projects – Britain’s Forgotten Slave Owners, and Black and British: A Forgotten History – showed us that the relationship between Britain and people whose origins lie in Africa began centuries before the Windrush generation.

One of the threads running through his work concerns the encounters, entanglements, interconnections and exchanges between people from different nations and races.  He has revealed the violence and exploitation that can lie beneath those relationships.  But moments of contact between people from different parts of the world and different societies were not always destructive: in Civilisations, his latest BBC series, he reveals how works of art and culture both shaped and were shaped by such encounters.

David’s own story as the son of a British mother and Nigerian father is equally one of Britain’s interconnectedness with the rest of the world. And as important as it is that these stories are being told, it is equally important that it is David who is telling them. BBC history documentaries have traditionally been narrated by middle-aged white men;  university departments have been similar.  This is changing – but very slowly. David’s work is helping to bring about this change, and I am sure that whatever projects he has planned for the future will continue to educate, challenge and unsettle, as well as entertain, us.

Chancellor, I am honoured to present to you for the degree of Doctor of Letters, honoris causa, David Adetayo Olusoga.
Back to the top