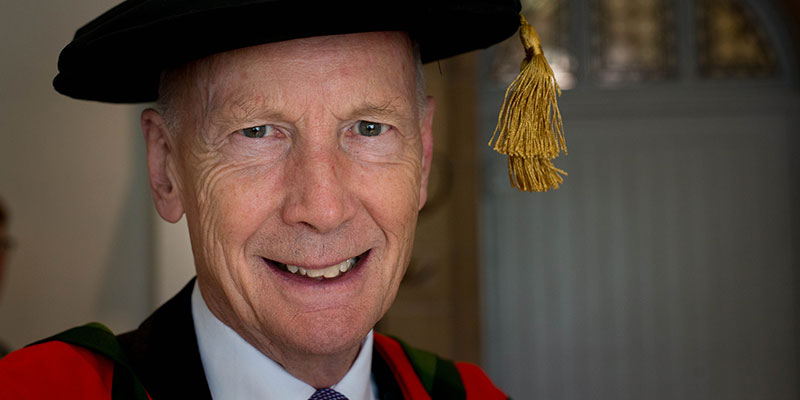 Like all good engineers, past and present, Robert Mair – Professor Lord Mair – is an innovator and a revolutionary.  Inspirational in applying academic expertise to real life practice and problems, he has been driven by an ambition to transform lives by transforming infrastructure;  indeed, this was the theme of his address when he was inaugurated as the President of the Institution of Civil Engineers last year.

Robert began his campaign to transform infrastructure with a focus deep in the ground.  He was responsible for the introduction of compensation grouting in the UK as a novel technique for controlling settlement of structures during tunnel construction – on the Waterloo Escalator Tunnel Project.  The technique was widely used on the Jubilee Line Extension Project for the protection of many historic buildings, including the Big Ben Clock Tower at the Palace of Westminster – even though Robert did spot the business opportunities that might flow from a leaning tower in the middle of London!

More recently, Robert has raised his sights above ground, challenging his profession to create ‘smart infrastructure’ – to use new sensor technology in such a way that buildings, bridges and tunnels are able to respond intelligently to changes in their environment, telling us how they are performing and when they need renovation or maintenance, in much the same way as a car now tells us when its oil pressure gets too low.  All of this reflects Robert’s determination to deploy innovative ideas from universities and from the profession for wider societal benefit.

Vice-Chancellor, I am personally honoured to present to you for the degree of Doctor of Science (Engineering), honoris causa, Robert James Mair.
Back to the top