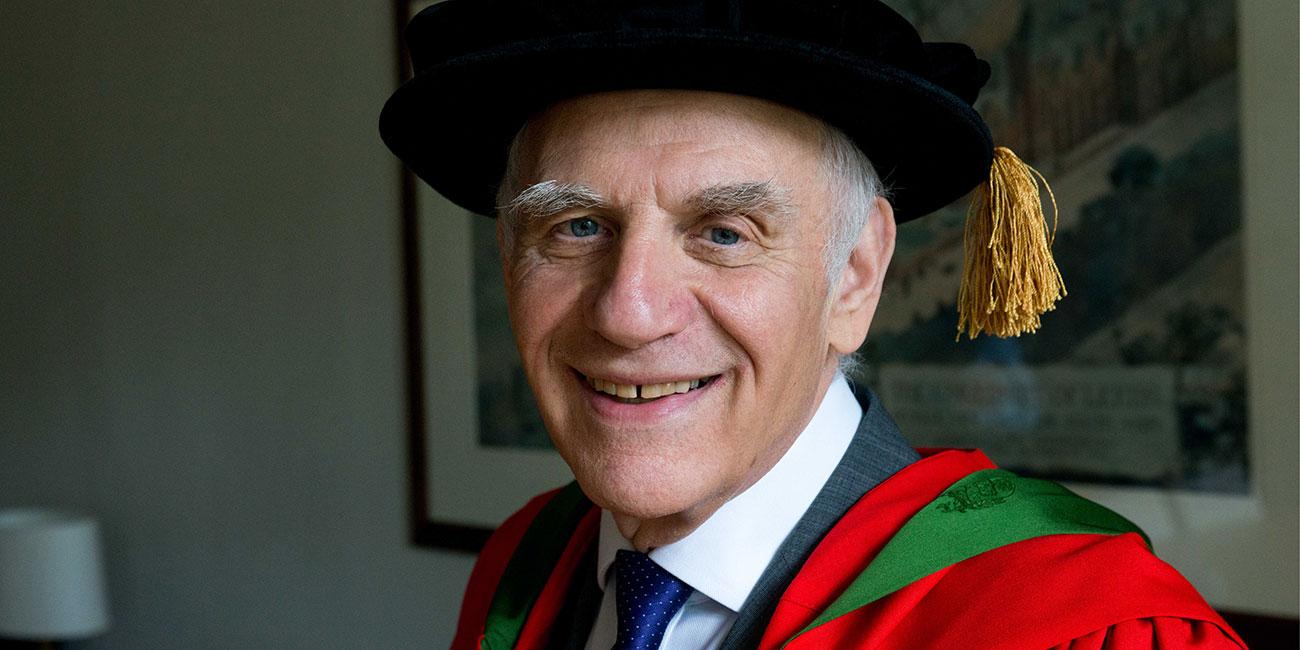 Norman is no stranger to Leeds, having been born in the city in 1947 and educated at Roundhay School. He went on to study medicine at the London Hospital Medical College, qualifying in 1970; and returned to Leeds as a Research Fellow and subsequently Senior Lecturer at Leeds General Infirmary before taking up the appointment of Professor of Surgery and Director of Innovation at the Academic Surgical Unit of Barts and The Royal London Hospital.

His career has been glittered by numerous prestigious prizes and election to high office. He has been Fulbright Scholar at the University of California, President of European Digestive Surgery, Chairman of the UK Coordinating Committee on Cancer Research Committee on Colorectal Cancer, and Vice-Chairman of the Editorial Board of the British Journal of Surgery, to name but a few. In 2004, he was elected Fellow of the Academy of Medical Sciences and in 2011 he became President of the Royal College of Surgeons of England. His passion for patient-centred care is exemplified by his Presidency of the Ileostomy and Internal Pouch Support Group and as founding trustee, Chairman and now lifetime President of the Bowel and Cancer Research charity. In 2015 he was knighted in the New Year Honours list.

He has taken on various national roles and has never been afraid of controversy. In 2015, he was appointed clinical adviser to the Secretary of State for Health, Jeremy Hunt. In a Sky News interview, on the eve of the junior doctors strike, he was infamously gagged by a Department of Health spokesman – an exchange that was broadcast by the BBC and shared by junior doctors and others on Twitter. In 2018, following several high-profile legal cases, he chaired the rapid policy review into gross negligence manslaughter in healthcare.

Despite his prominence, Norman gives generously of his time to support his home town and we are honoured to have him as Chair of our National Institute for Health Research (NIHR) Surgical Technologies Co-operative.

Chancellor, Norman’s work has inspired a generation of surgeons, pushed the boundaries of surgical innovation, guided national policy, and touched the lives of countless patients. I am delighted to present to you for the degree of Doctor of Science, honoris causa, Norman Stanley Williams.
Back to the top