From Golden Acre and Gotts to Roundhay and Rothwell, there are more than 60 parks to enjoy in Leeds.

Now researchers want to know what these green spaces mean to you.

Academics at the University of Leeds are exploring the role of public parks in the city now, compared to the purpose they served in the 19th and 20th centuries.

The team wants people to dig out their recent and historical photos, in order to create a digital archive of park pictures.

They are also asking residents to share their views of local parks through an online survey.

The research findings will then be presented to Leeds City Council, to help shape the recreation spaces of the future. 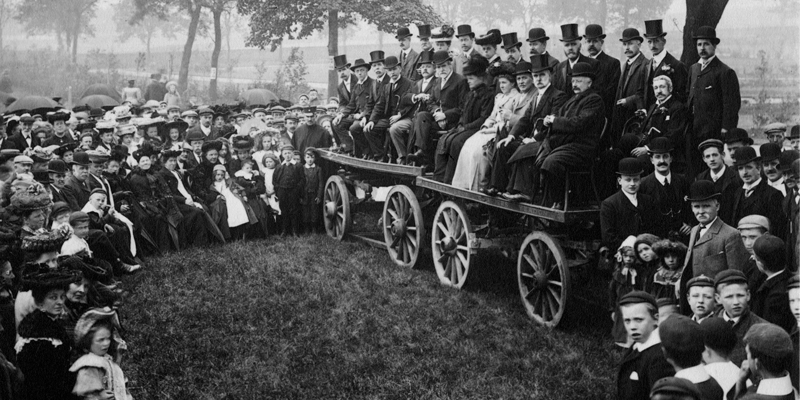 University of Leeds historian Dr David Churchill, who is working on the project with colleagues at the University of Bradford, said: “The public parks we know today were bought by the council in Victorian times, when they were deemed important for public health due to their abundance of fresh air.

“In fact, parks were referred to as the ‘lungs of Leeds’, or as ‘ventilators’ of the city.

“They also served as places where different social classes could meet and spend time with each other.

“There was a fear at that time that the classes were becoming more distant as the wealthy retreated to the suburbs.

“Councillors hoped that parks would counteract this, providing a space in which the working classes could mix with the better off, and where the poorer inhabitants could learn to emulate the polite manners of the middle classes.

“Now we’re asking ‘what sort of relationship do people have with parks today?’

“Photos from the Victorian era to the present day can help to fill in the gaps in the written record.”

To share your views in the survey, go to https://leeds.onlinesurveys.ac.uk/leedsparkssurvey. Participants have the chance to win a £100 gift voucher.

The research is funded by the Arts and Humanities Research Council and is being run in partnership with the Leeds City Council Parks and Countryside team.

Councillor Lucinda Yeadon, Leeds City Council’s executive member for the environment and sustainability, said: "This research will be a very useful guide to us as we move forward with our future work in the city’s parks."

For media enquiries, contact Sophie Freeman in the University of Leeds press office on 0113 343 8059 or email s.j.freeman@leeds.ac.uk