Jude Palmer, who was the official behind-the-scenes photographer for the 2014 Tour de France opening stages in Yorkshire, has now been commissioned by the University of Leeds, British Triathlon and partners to capture a year in the life of the world’s most successful triathlon city – Leeds.

The project, A Season of Triathlon – Leeds and Beyond, will see Ms Palmer focus particular attention on the world-leading Leeds Triathlon Centre, which recently saw its first permanent base open within the University’s new Brownlee Centre.

She has been granted access to both training and competitions and will capture the essence of what makes the centre and its athletes so successful. She will follow the progress of athletes from Yorkshire Regional Academy right through to elite athletes performing on the international stage, as well as depicting the working lives of the teams of coaches and support staff whose vital efforts often remain undocumented. 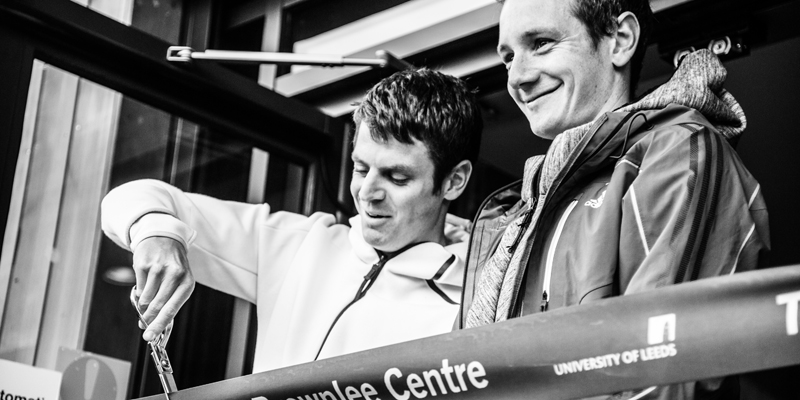 Later this month, Ms Palmer will be turning her eye to the world’s best triathletes when the Columbia Threadneedle World Triathlon Leeds event takes place in the city on 10-11 June.

“I am so excited to be documenting this fantastic season of triathlon,” she said. “Leeds will soon host the ITU World Triathlon Series for the second time and it will be an honour to show, through my images, the story of how this sport has grown and developed in Yorkshire – and in particular Leeds.

“I am also enjoying working with British Triathlon, exposing the technical aspects of the sport as well as behind-the-scenes images, treating us to glimpses of this fascinating endurance sport.”

“The city of Leeds is synonymous with triathlon – from the interest in the sport from the city’s schoolchildren, through our thriving community clubs to having the very best athletes in the world.”

The first event to be documented was April’s official opening of the University’s £5m Brownlee Centre and cycle circuit by Olympic triathletes and alumni Jonny and Alistair Brownlee.

Jack Buckner, Chief Executive of British Triathlon, said: “This is an exciting project for the sport and for Leeds.  Triathlon is a great visual sport that appeals to so many different audiences.  We're delighted to support the recording of this journey."

For his part, Patrick Craig, an Assistant Head of Sport at the University of Leeds, said: “The city of Leeds is synonymous with triathlon – from the interest in the sport from the city’s schoolchildren, through our thriving community clubs to having the very best athletes in the world.

“We are proud of our association with the sport and the part we play in supporting its growth and success across all levels of participation. The opening of our new Brownlee Centre and cycle circuit are testament to this and we are delighted to be working with Jude and British Triathlon to document what it takes to be a world leading sporting centre.

“Her images will show the blood, sweat and tears it takes to train and perform at the very highest level.”

Funding for the project has come from legal firm Simpson Millar, which has its headquarters in Leeds. 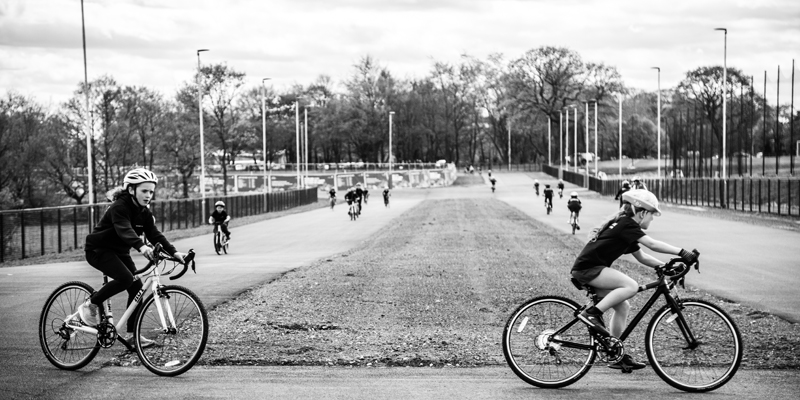 Partner Emma Pearmaine said: “Simpson Millar is very proud to be supporting this project. Leeds is a key part of our history and we are very excited to see the World Series return to the city for the second time. Simpson Millar is extremely honoured to be a part of, and support, these incredible sportsmen and women in what is such a challenging event.?"

Main image shows riders at Harewood House ahead of 2014's Grand Depart as the Red Arrows fly past. Other images show the University of Leeds' Brownlee Centre and cycle circuit. Credits: Jude Palmer