Looked at from one side, it’s the leather sole of a child’s shoe, a scarce resource re-purposed during wartime.

But turned over, this poignant item from an important archive at the University reveals itself as a chilling symbol of devastation from the Holocaust.

The shoe sole was crudely cut from a Jewish religious parchment scroll – a Sefer Torah –after the deportation of Jews from Salonika to Auschwitz-Birkenau and the subsequent despoliation of synagogues in the Greek city. 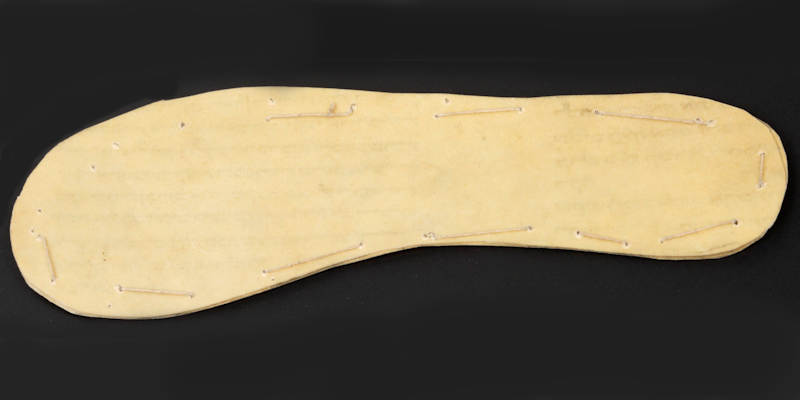 Cecil Roth (1899-1970) was a pioneering scholar in Jewish history and collector of Jewish material objects, art and documents of all kinds. He was also co-founder of the Jewish Museum in London and chief editor of the first Encyclopaedia Judaica. Yet he has been much overlooked.

Leeds’ Brotherton Library holds his exceptional collection of rare books and manuscripts, which was acquired after Cecil Roth’s death in 1970.

Now Special Collections has been awarded a generous grant from the Rothschild Foundation Hanadiv Europe to open up the collection online.

An enhanced web presence will make it more visible both locally and internationally, records will be enriched, and treasures dating back to the 13th century will be digitised and made freely accessible to all.

Dr Eva Frojmovic, Director of the Centre for Jewish Studies at the University of Leeds, said: "Roth was an innovative collector who valued the neglected material heritage of Jewish life, especially of the Italian, Sephardi and Asian communities. His awareness of their fragility was heightened through his involvement in post-Holocaust restitution of Jewish cultural heritage.

“The Leeds collection has the potential to make a significant contribution to the history of the book, and the history of Jewish writing and reading in the early modern period.”

“The Leeds collection has the potential to make a significant contribution to the history of the book, and the history of Jewish writing and reading in the early modern period. It deserves to be far better known and used than it is at present.”

Joanne Fitton, Head of Special Collections and Galleries at the University of Leeds, said: “This generous grant will enable us to open up Cecil Roth’s unique collection to diverse audiences and tell stories which still resonate powerfully today.”

A series of outreach activities will promote engagement with the collection, raising the profile of Cecil Roth’s work and contribution to the study of Jewish life.

Robin Nobel, Senior Grants Manager at the Rothschild Foundation Hanadiv Europe, said: “The immense contributions made by Roth to both academic Jewish studies and to the wider public’s understanding of Jewish history are reflected through the extraordinary collection he bequeathed to Leeds University Library.

“The foundation hopes that opening up his collection will shed new light on a range of topics spanning centuries and cultures, not the least of which being Roth’s own scholarly development.

“Included amongst this trove are many rare and unique items that deserve to be studied and shared. The foundation is proud to support the Roth Collection project, as it offers Jewish studies researchers the world over unprecedented access to these previously unknown treasures.”

Work on the project is now underway and is due to be completed in autumn 2020. 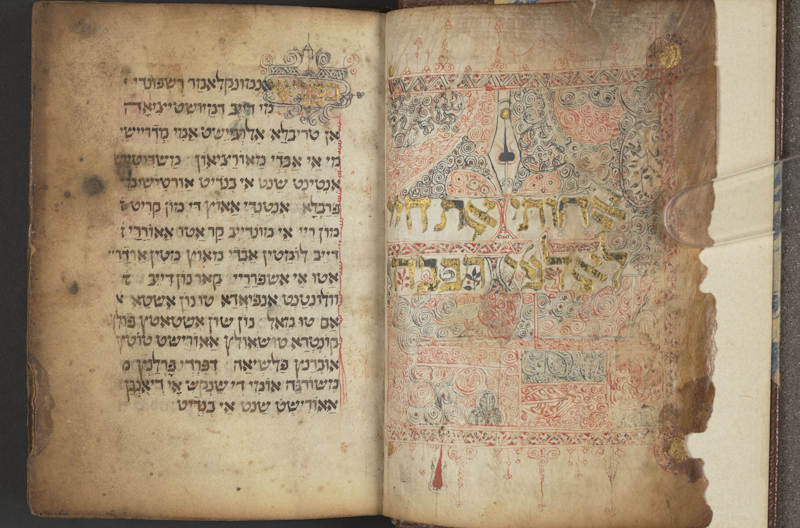 A research assistant funded as part of the University’s Sadler Seminar Series will carry out initial evaluation work with colleagues in Special Collections, looking in particular at Roth’s collection of ephemera.

This will feed into the work of two project cataloguers who will be appointed later this year and funded by the new grant, as well as a Sadler Seminar Series dedicated to the collection, convened by Dr Frojmovic, from the School of Fine Art, History of Art and Cultural Studies and Dr Jay Prosser, from the School of English.

Among the artefacts in the Roth Collection is this child’s shoe sole, cut from a Sefer Torah.

Roth himself records acquiring it from a peddler in post-Holocaust Salonika during a brief visit in 1946. He recognised its extraordinary value as a symbol of the near-destruction of Sephardi Jewry in Nazi-occupied Europe.

The sole has never been exhibited and research on it has only just begun, undertaken by Dr Prosser. 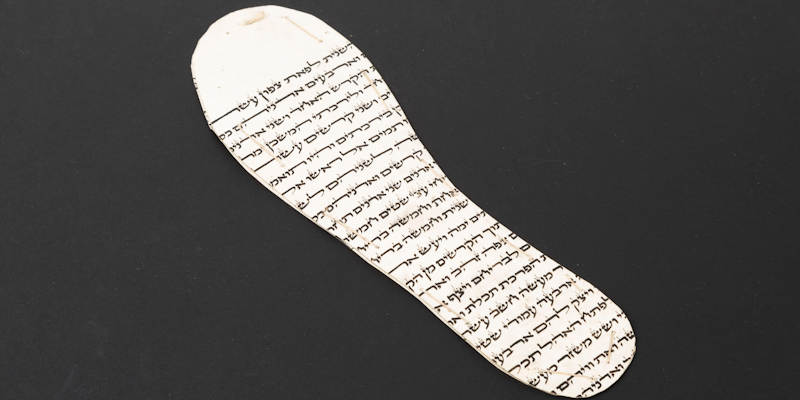 He said: ‘This small scrap brought to us by Roth is evidence of the destruction not just of the Jews of Salonica but the near-annihilation of their culture and religious practices.

“It is important to understand that the scroll from which the sole was cut would have been revered and read from at every synagogue service when the Torah was read.

“The Sefer Torah sole is an extraordinary addition to our understanding of Holocaust memory and Holocaust relics, as well as to the history of the Jews of Salonica.”

The long-term goal is to date and establish the provenance of the original Sefer Torah, hopefully tracing its connection to the history of the communities who would have read from it.

The new funding will help attract more scholars to study this and treasures like it in the Roth Collection.

A 16th century Kabbalistic scroll from the Roth Collection

Leeds University Library’s Special Collections is the home of hundreds of thousands of rare books, manuscripts, archives and art. Our collections offer a rich resource for staff, students, and the wider research community.