University of Leeds Professor of Poetry Simon Armitage has been appointed the UK’s new Poet Laureate.

He succeeds Dame Carol Ann Duffy in the 351-year-old role, becoming the 21st Poet Laureate for a fixed term of ten years.

Professor Armitage said: “It’s a huge honour to be appointed Poet Laureate, one of the great high offices of literature.

“Over the past two decades the laureateship has become a working role, with previous laureates actively involved in the promotion of poetry and in numerous initiatives to identify and encourage talent, especially within education and among younger writers; I hope to build on the work of my predecessors with energy and enthusiasm.”

“The laureateship is well-deserved and, crucially, has gone to a poet who will be a tireless ambassador for poetry in the public arena.”

Sir Alan Langlands, University of Leeds Vice-Chancellor, said: “We warmly congratulate Simon on this wonderful news. The laureateship is well-deserved and, crucially, has gone to a poet who will be a tireless ambassador for poetry in the public arena.

“As the first Professor of Poetry in our School of English his contribution to developing the next generation of poets has already been invaluable.”

Dr Fiona Becket, Head of the School of English, added: “At a time when poetry is everywhere and is engaging wide and diverse audiences, Simon’s voice is central.

“He has long been an enduring and powerful presence, and a shaper of contemporary poetry in so many ways – from encouraging writers at the start of their careers, being supportive of activity which raises the profile of poetry and, in his work, exploring multiple environments for new writing.”

Professor Armitage said he was looking forward to combining his poet laureate duties with his activities at Leeds, which have ranged from enthusing prospective students at University open days to teaching, lecturing and outreach work in the city and beyond. 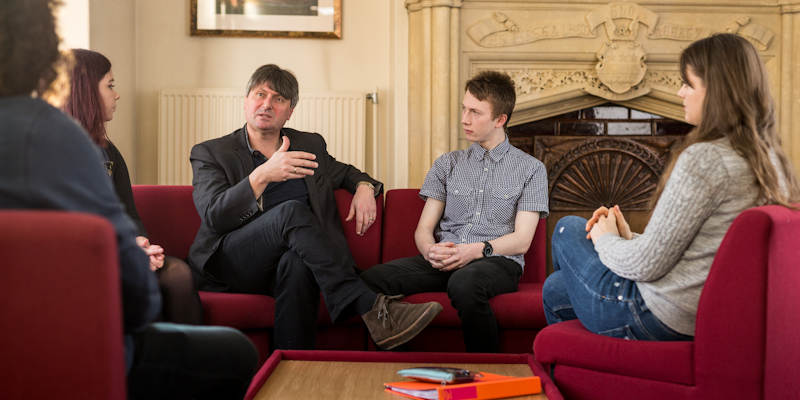 “I’ve thoroughly enjoyed my first 18 months or so as Professor of Poetry at the University of Leeds and I don’t want my relationship with it to change,” he said, adding that he was particularly proud of the School of Night, a fortnightly reading group established on his arrival at Leeds.

“It’s simply students, staff and members of the public sharing two hours’ enjoyment of poetry. People are really engaged with poetry when you put the right stuff in front of them.”

Professor Armitage has also been closely involved in the establishment of a poetry prize aimed at nurturing emerging talent. Shortlisting is currently underway for the Brotherton Poetry Prize, organised by the University of Leeds Poetry Centre.

Professor Armitage was appointed to the permanent part-time Leeds position in 2017, returning to the School of English 20 years after taking up his first academic post, when he taught creative writing to Leeds students following an earlier career as a probation officer.

Professor Armitage enjoys huge popularity across the world and his work is now studied by students of all ages. 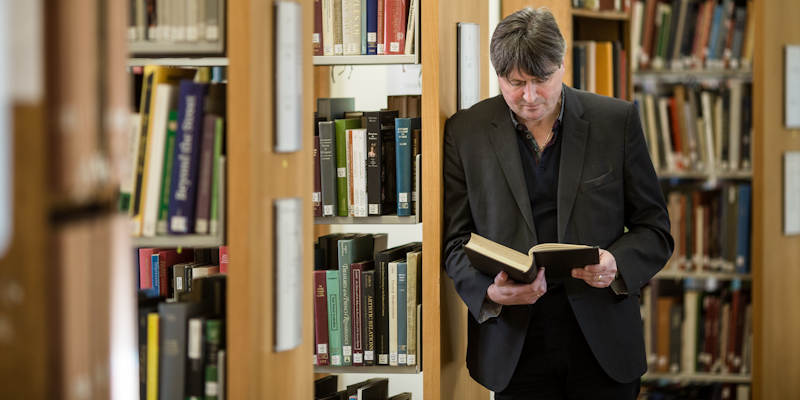 At Leeds, where the University Library is already home to his archive, Professor Armitage is contributing to a range of courses, teaching undergraduates and postgraduates, as well as working with a wide range of academics across the University – and developing links across the city and beyond.

The School of English is ranked equal 34th in the respected QS World University Rankings 2019. A new BA in English Literature with Creative Writing at Leeds enrolled its first students last autumn.

Professor Armitage, who was born and continues to live in West Yorkshire, is also a translator and broadcaster. He is the recipient of numerous prizes and awards, most recently the Queen’s award for poetry. He is a Fellow of the Royal Society of Literature, the recipient of an Ivor Novello Award for song-writing, a BAFTA and a CBE for services to poetry. 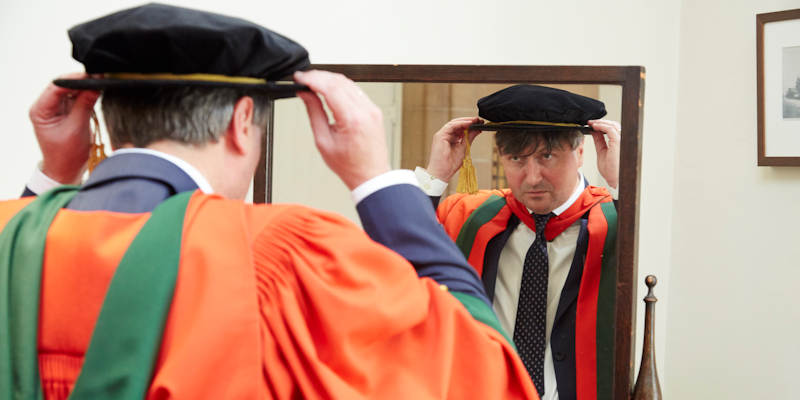 Professor Armitage’s appointment is the latest in a long tradition of support for poetry and other creative endeavour by University of Leeds. This tradition includes the Gregory Fellows in Poetry from 1950-1980 and continues today with the Douglas Caster Cultural Fellows in the School of English, who in recent years have numbered award-winning poets Helen Mort, Malika Booker, Vahni Capildeo and now Zaffar Kunial, who takes up his fellowship later this summer.

The University Library’s Special Collections have been home to Professor Armitage’s literary archive for more than 20 years, with papers in it stretching back to 1984, when the poet was just 21.

Originally chosen by the monarch, the appointment is now approved by Her Majesty the Queen, acting on the advice of the Government; a shortlist of candidates for the poet laureate is selected by an advisory panel.

In due course, Professor Armitage will be received in audience by the Queen on his appointment as Poet Laureate.

It is now left to the individual poet to decide whether or not to write poetry for national occasions or royal events – traditionally a staple for laureates, prompting works such as The Charge of the Light Brigade by Alfred, Lord Tennyson, who held the post from 1850 until his death 42 years later.