Politicians and stakeholders will today hear from senior Leeds professors how a renewed commitment from Whitehall could reduce pressure on natural resources and reclaim valuable materials from waste.

Professor Phil Purnell, from the School of Civil Engineering at Leeds, is one of the keynote speakers at an All Party Parliamentary Sustainable Resource Group event in the House of Commons.

He will explain how moving to a circular economy, where waste is effectively eliminated through re-use or recycling, is necessary but requires renewed commitment among ministers, government and devolved administrations. It would also need a major change to existing resource and waste systems operated by industry.

The Resource Recovery from Waste team has published a research-led report highlighting large regional gaps between the government’s vision for a circular economy, and its actual delivery.

The report said: “There are large differences in the extent to which [preparing for a circular economy] has been achieved across the four nations in the UK, with England especially falling behind the pack. In addition, any existing coherence appears to be mostly driven by a desire to comply with EU directives.

“With the uncertainty of Brexit, it is not clear to what degree the UK or individual nations will continue to implement such directives. As such, the lack of coherence is likely to get worse unless concerted policy action is taken soon.”

“Our current ‘take, make and dispose’ economy is leading to running down of natural resources and ever-increasing quantities of waste and pollution.”

Professor Purnell, convenor of the Resource Recovery from Waste (RRfW) programme, will say both the Department for Environment, Food & Rural Affairs (Defra) and the Department for Business, Energy & Industrial Strategy (BEIS) need to work together on policy, regulation and incentives to move beyond a simple cost-benefit analysis. He will say the wider social and environmental costs of resource use need to be taken into account, as well as economic costs.

For example, incentivising farmers to use digestate and compost in place of conventional fertilisers could stimulate the UK market for alternative organic-derived fertilisers in agriculture.

Benefits from this, such as sustainable soil health and greater soil carbon storage, would contribute to strategies within both Defra (agriculture, resources and waste) and BEIS (bioeconomy, energy and climate change). 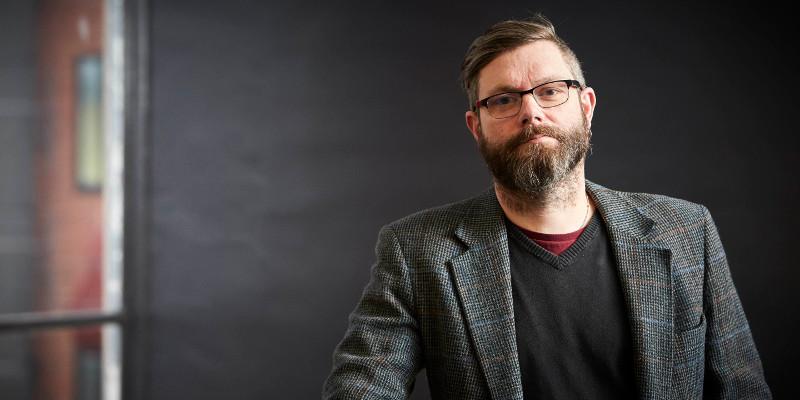 Professor Purnell, pictured above, said: “Our current ‘take, make and dispose’ economy is leading to running down of natural resources and ever-increasing quantities of waste and pollution, but transition to a ‘closed-loop’ circular economy, in which wastes are effectively eliminated, requires a radical rethink of our current resource and waste systems.

“While the principles of a circular economy are an objective for many industrial companies, it is still in its infancy. More concerted action is needed to speed up the transition, and as a planet we do not have forever. We’re using the Earth’s finite materials, including substances such as rare metals, at an unsustainable rate."

Also speaking at today's event, Professor Andrew Brown, an economist from Leeds University Business School, will examine recent updates to the Treasury’s ‘Green Book’ guidance that are informed by the principle that infrastructure forms an interconnected ‘system of systems’.

He will argue that valuation of interdependencies across economic, social and environmental systems could make a significant contribution to improving resource use, for example leading to many more programmes at local level being commissioned which are currently not because the benefits are defined in a very narrow way.

Professor Purnell and his colleagues have listed six recommendations for governmental organisations to speed up the move to a circular economy to protect the world’s resources.

Resource Recovery from Waste is a five-year £7.2m programme of research funded by the Natural Environment Research Council, Economic and Social Research Council and Defra. The parliamentary briefing has been organised by RRfW’s policy impact fellow Rachel Marshall, from Lancaster University.

Its final report will be published during a conference in London in January 2019. The conference will highlight where changes in policy will be needed to realise the full benefits envisaged for the UK economy, society and environment.