University staff and students have been recognised for their role in helping to establish the Alderley Park Lighthouse Laboratory in Cheshire, a key part of the Government’s COVID-19 testing strategy.

The ‘super-lab’, part of the largest diagnostics network in UK history, was created from scratch in March and required an army of scientifically-trained volunteers, to help increase the UK’s COVID-19 testing capacity.

Twenty-six staff and postgraduate research students, from the Faculties of Biological Science and Medicine and Health, offered to help.

“I feel proud to be part of an initiative that has developed systems for dealing with extremely large volumes of test samples.”

In a virtual presentation to staff and students at the University, Mark Wigglesworth, Site Director at the Alderley Park Lighthouse Lab, paid tribute to the scientists who helped make the Alderley Park facility a reality.

Dr Wigglesworth, who studied for his PhD at Leeds in the late 1990s, said: “We were astounded by the sheer number of people who stepped forward at the start of the year to dedicate their time and energy towards a common goal - and how the application of technology and science can contribute towards the eradication of the terrible pandemic we’ve all had to endure this year.

“Over 300 individuals from all walks of life answered the call and within a few short weeks, we were operational. Following the launch, we’ve had a great deal of these volunteers join the team as full-time staff.

“Today, our 450 staff members can sample up to 50,000 tests a day, and earlier this month we processed our four millionth sample. It’s a tremendous figure, but one that would have been impossible were it not for the tenacity and hard-working ethos of our colleagues, volunteers and wider team.” 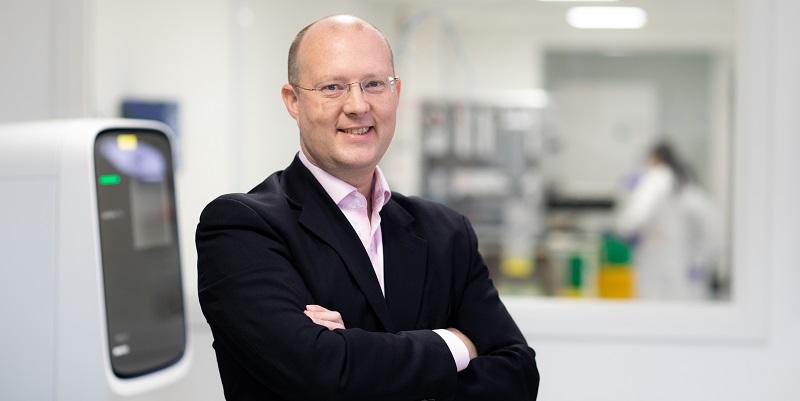 “They are are the unsung heroes of a system that is a vitally important part of the Government’s scientific response to tackling the pandemic.”

The Alderley Park Lighthouse Lab is one of several government super-labs across the UK, which forms the Lighthouse Lab network. At the end of October, the UK’s testing capacity exceeded half a million test samples each day.

One of the scientists from Leeds who volunteered at Alderley Park is PhD research student Suki Lee.

She said: “Science is about applying knowledge to help people and solve problems. So, when the call came through to help with the Lighthouse Lab in Cheshire, I knew I had to get involved.

“I feel proud to be part of an initiative that has - in just a matter of months - developed systems for dealing with extremely large volumes of test samples. I work in a virology research group at the University and what I am doing at the Lighthouse lab complements and extends my skillset.”

Nicola Stonehouse, Professor of Molecular Virology, at Leeds, said: “Staff and students from Leeds played a major part in getting the Lighthouse Labs up and running. They are the unsung heroes of a system that is a vitally important part of the Government’s scientific response to tackling the pandemic.”

Mark Harris, Professor of Virology, added: “It shows the way scientists, many of them early-career scientists, can respond with ingenuity and creativity to the big challenges facing society.”

The Medicines Discovery Catapult (MDC) runs the Lighthouse Lab at Alderley Park on a not-for-profit basis following a request from the Department for Health to rapidly expand Covid-19 testing.