Scientists have measured the nutritional value of herbivore dinosaurs’ diet by growing their food in atmospheric conditions similar to those found roughly 150 million years ago.

Previously, many scientists believed that plants grown in an atmosphere with high carbon dioxide levels had low nutritional value. But a new experimental approach led by Dr Fiona Gill at the University of Leeds has shown this is not necessarily true.

The team grew dinosaur food plants, such as horsetail and ginkgo, under high levels of carbon dioxide mimicking atmospheric conditions similar to when sauropod dinosaurs, the largest animals ever to roam Earth, would have been widespread.

An artificial fermentation system was used to simulate digestion of the plant leaves in the sauropods’ stomachs, allowing the researchers to determine the leaves’ nutritional value. The findings, published in Palaeontology, showed many of the plants had significantly higher energy and nutrient levels than previously believed.

This suggests that the megaherbivores would have needed to eat much less per day and the ecosystem could potentially have supported a significantly higher dinosaur population density, possibly as much as 20% greater than previously estimated.

Dr Gill, a palaeontologist and geochemist from the School of Earth and Environment at Leeds, said: “The climate was very different in the Mesozoic era – when the huge brachiosaurus and diplodocus lived – with possibly much higher carbon dioxide levels.

"There has been the assumption that as plants grow faster and/or bigger under higher CO2 levels, their nutritional value decreases. Our results show this isn’t the case for all plant species." 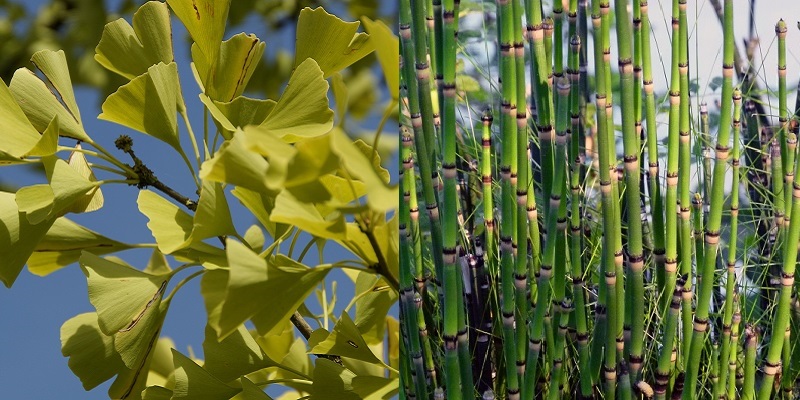 Equisetum hyemale (a horsetail) and Gingko biloba (gingko) were two plants used in the experiment.

She explained: “The large body size of sauropods at that time would suggest they needed huge quantities of energy to sustain them. When the available food source has higher nutrient and energy levels it means less food needs to be consumed to provide sufficient energy, which in turn can affect population size and density.

“Our research doesn’t give the whole picture of dinosaur diet or cover the breadth of the plants that existed at this time, but a clearer understanding of how the dinosaurs ate can help scientists understand how they lived.

“The exciting thing about our approach to growing plants in prehistoric atmospheric conditions is that it can used to simulate other ecosystems and diets of other ancient megaherbivores, such as Miocene mammals – the ancestors of many modern mammals.”

The paper “Diets of giants: The nutritional value of sauropod diet during the Mesozoic” is published in Palaeontology 11 July 2018.

For additional information and to request interviews please contact Anna Harrison, Press Officer at the University of Leeds, on +44(0)113 343 4196 or a.harrison@leeds.ac.uk