The first large-scale survey of those working to protect the natural world has found general agreement on the goals of conservation – but significant divisions on how to achieve them.

Researchers from the Universities of Cambridge, Edinburgh and Leeds, including Dr George Holmes from the Leeds' School of Earth and Environment, have revealed a sizable consensus within the global conservation movement for many core aims, such as maintaining ecosystems, securing public support, and reducing the environmental impact of the world’s richest.

However, the study showed the global community is deeply split on whether to place economic value on nature, as well as the worth of “non-native” species and the necessity of protected areas – and whether people should be moved to create them.

The new study, published today in the journal Nature Sustainability, collected the opinions of more than 9,200 conservationists in 149 countries.

Dr Holmes, Associate Professor of Conservation and Society at Leeds, said: “Our research gives insight into the views and values of a huge number of conservationists. Our hope is that it will also provide a base of evidence for conservation organisations to reflect on their values and future areas of focus.

“It’s important to see that the professional conservation community is not as divided as has been previously suggested, agreeing on many fundamental beliefs at the heart of the movement.

"However, there are still clear divisive issues that may prove to be stumbling blocks when critical decisions need to be made about the who, why and how of conservation.

“We need to ensure that a diverse range of voices get to shape the future of conservation, not just a narrow few.”

“There is widespread agreement that that conservation needs to be more bold and ambitious and find more effective implementation measures. Our findings highlight the diversity of opinion which will hopefully inform needed debate about future focus and efforts."

Next year’s Convention on Biological Diversity meeting will see UN member states gather in Beijing to set global conservation goals for the following decade. The research team said their findings “raise important questions about whose voices get heard in conservation debates”.

Study lead author Dr Chris Sandbrook, from the Cambridge Conservation Initiative, said: “There will be huge decisions taken about the future of conservation in the next 18 months. Let’s make sure we ask the whole global community, so we can build an inclusive and effective movement.”

While the study’s authors say conservation is facing “bitter internal disputes” over its future, their research confirms some key ideas shared by the majority of conservationists.

The study found 90% agreement for science-based conservation goals in those surveyed, as well as for giving a voice to people affected by those goals. Roughly 88% agree that the environmental impact of the rich must be curtailed, and only 8% think global trade is fine as it is.

Population growth should be reduced, according to 77%, and only 6% think humans are separate from nature.

One of the divisive issues within the global movement included protected areas: only 57% think strict protected areas are required, and almost half (49%) believe it is wrong to displace humans in the process. Reports of “eco-guards” suppressing local people in Africa’s protected areas have recently brought this particular aspect of conservation debate into sharp focus.

The study showed the application of economics to nature is one of conservation’s most contentious issues. Nearly half (52%) of conservationists surveyed think their movement “should work with capitalism”, 61% believe “economic arguments for conservation are risky”, and 73% think economic rationales risk displacing other motivations for protecting species.

However, 84% believe corporations “can be a positive force for conservation” and 62% say the movement needs the support of corporations, suggesting many conservationists see both the pros and cons of economic approaches.

This “conservation through capitalism” found more favour among younger conservationists and those from Africa, but also among those in more senior jobs.

Invasive species are also revealed to be a contentious issue. Some 35% think they offer little value to conservation, while 50% disagree. Dr Sandbrook said that some examples of non-native species can help engage the public, but they are often bad news for local species 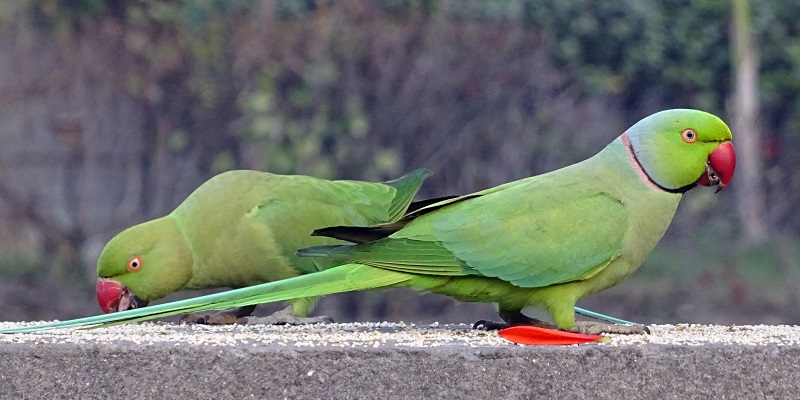 “In the UK, many people love ring-necked parakeets because they look beautiful and tropical. But these animals can threaten native wildlife and some argue they should be culled,” he explained.

The research also uncovered some demographic variation. For example, women and those from Africa and South America lean more toward “people-centered” conservation, which aims to benefit communities and give them a say in conservation decisions. Men and those from North America tend to favour a “science-led” approach associated with protecting nature for its own sake.

While researchers made significant effort to reach as many conservationists around the world as possible, they cautioned that their sample is still skewed towards Europe and North America.

The paper, "The global conservation movement is diverse but not divided", is published in Nature Sustainability on 9 April 2019.