UK scientists are taking to the skies as part of a major international research campaign to better understand the behaviour of clouds and their role in climate change.

Trade-wind cumulus clouds play an important role in the Earth's climate system. They can influence how heat is circulated in the atmosphere and they reflect sunlight away from the Earth's surface.

But the complexity of clouds – their makeup, behaviour and how they react to global warming – makes it difficult for them to be accurately represented in climate change models.

In fact, models disagree on whether these clouds will persist or disappear as Earth warms – if they disappear, Earth will become even warmer. These clouds are the single-most uncertain part of our current climate models.

Now an international team of scientists are kicking off a five-week field study to shed light on how these tropical clouds respond to global warming. The team, including scientists from the UK, Germany, France, and the United States, will measure the interactions between clouds, convection, atmospheric circulation and climate.

The campaign is part of the EUREC4A project (Elucidating the Role of Clouds-Circulation Coupling in Climate) and involves more than 40 partner institutions, the deployment of five research aircraft, four research vessels, ground-based remote sensing and satellite remote sensing in the east and south of the Caribbean island of Barbados.

“It is an exciting opportunity for UK atmospheric scientists to bring their expertise in cloud aerosols to a campaign of this scale and to help resolve such an important piece of the climate change puzzle.”

The UK arm of the project (EUREC4A-UK) is led by the National Centre for Atmospheric Science (NCAS) and the University of Leeds, with partners at the British Antarctic Survey (BAS), University of Manchester and the Met Office and additional contributions from the University of East Anglia.

Using the BAS Twin Otter aircraft, the EUREC4A-UK team will fly into clouds and make detailed measurements to learn how shallow trade-wind clouds form and evolve. 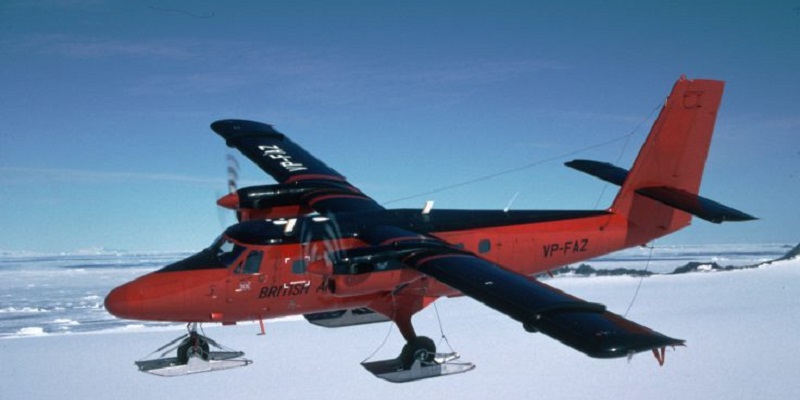 Analysing these measurements along with the diverse array of gathered data and high resolutions simulations from all the teams will allow the EUREC4A project to evaluate a new generation of climate models and strengthen climate change predictions.

Dr Leif Denby, from the School of Earth and Environment at Leeds, will be part of the UK team collecting data on the trade-wind cumulus clouds from inside the BAS aircraft.

He said: "The effect of global warming on low-clouds in the trade-wind regions potentially are a significant factor in the speed and intensity of future climate change.

"So far scientists have used climate models with theoretical representations of clouds to understand the role of clouds and convection in the climate systems and predict how rising temperatures may affect cloud production and function.

"The concurrent and diverse observations from this campaign will give us the means to verify which models and theories are correct. We will be able to apply this new-found understanding of what's happening to the low-clouds in Barbados to the low-clouds in trade-wind regions over the whole tropics.”

Cross section of the flight paths and shipping routes of the EUREC4A research aircraft and vessel. UK scientists will be in the BAS plane (red, turboprop) targeting individual clouds, completing larger-scale airborne measurements of the ATR-42 (French), HALO (German) and WP-3D (USA) aircraft.

Cross-section view of the flight paths and shipping routes of the EUREC4A research aircraft and vessel (looking North).

Longer-term, the project will change the way these cloud processes are represented in the models. The team at NCAS and the University of Leeds is currently working with the Met Office in the development of its new model for convective clouds processes.

The EUREC4A-UK principle investigator at NCAS is Alan Blyth, Professor of Atmospheric Science at Leeds.

He said: "Currently, calculations of future global warming disagree by several degrees. The largest cause of disagreements between predictions is the challenge of accurately representing the mechanics of clouds in our climate systems.

"It is an exciting opportunity for UK atmospheric scientists to bring their expertise in cloud aerosols to a campaign of this scale and to help resolve such an important piece of the climate change puzzle."

EUREC4A is led by Professor Bjorn Stevens at the Max Planck Institute for Meteorology (MPI-M), and Dr Sandrine Bony at the Laboratoire de Météorologie Dynamique, Paris, France. This initiative builds on, and extends, a decade of cooperation with Barbadian scientists at the Caribbean Institute for Meteorology and Hydrology (CIMH), under the leadership of Dr David Farrell.

Additional information, including a fact sheet and graphics are available on the EUREC4A website: http://eurec4a.eu/index.php?id=5256