A major study has conducted the first global assessment of palm tree numbers to better understand tropical forest diversity and reduce uncertainty about carbon balance in these ecosystems.

This study, which included several Leeds researchers, surveyed the total numbers of palms in tropical rainforests around the globe.

Led by Uppsala University (Sweden) and University of Campinas (Brazil), the research reveals that in the Neotropical rainforests such as the Amazon, palms are more than five times more numerous than in comparable Asian and African forests. Many palms were already known to prefer land with a good groundwater supply, and the new study confirmed that palm trees were more plentiful in wetter areas with less fertile soils and shallower groundwater.

Tropical rainforests are often seen as synonymous with biodiversity. However, this diversity is not evenly distributed, and most plants in a given area belong to only a handful of species. More than half of the total biomass in the Amazon rainforest is distributed among fewer than 300 tree species – including several species of palms.

Palms are among the most common tree species in the Amazon rainforest, but in some tropical areas they are unusual, or conspicuously absent. Palms are more closely related to grasses than to the deciduous trees of the tropics. They therefore differ in many fundamental ways, in anatomy and physiology, from other tropical trees.

These differences may have far-reaching implications when it comes to estimating uptake and storage of carbon in tropical forests, as well as their resilience to climate change. The new study provides knowledge with a vital bearing on further research into both of these aspects. 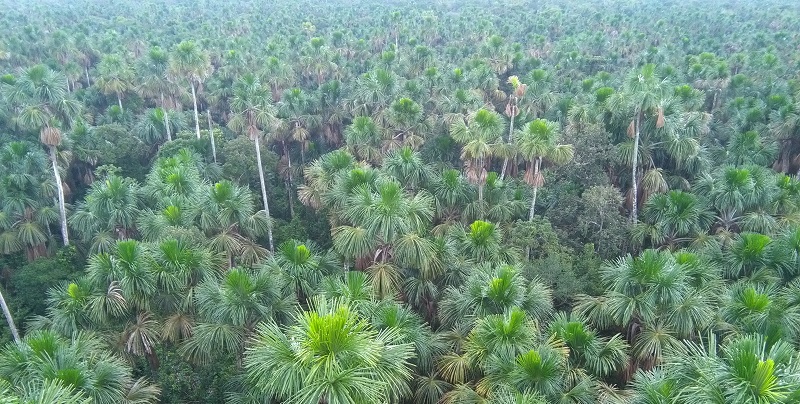 By using large networks of forest plots, the researchers were able to compile a huge database of 2,548 plots and then quantified palm numbers relative to other tree species in the sample plots. The team drew heavily on the networks led by the University of Leeds, particularly RAINFOR, AfriTRON and ForestPlots.net.

Professor Oliver Philips, from Leeds' School of Geography, said: “This study shows the exciting potential of new, collaborative science that reaches across the world's tropical forests.

“We are linking more than 1,000 researchers via plot networks and the ForestPlots.net technology developed at Leeds. ForestPlots.net alone includes over 4.5 million tree measurements from more than 15,000 different species. The first was made as long ago as 1939, the latest as recently as last month.

“This resource and others like it combined a huge field effort to reveal the fundamental pattern of the tropics' most iconic plants.”

Study co-lead author, Bob Muscarella, from Uppsala University, said: “To get a better understanding of tropical forests and reduce uncertainty about carbon balance in these ecosystems during climate change, we summarised data to show how the number of palms vary around the world compared with other tree species.

“Understanding the dominant species in tropical forests is crucial to recognising how these forests function and how vulnerable they’re going to be to disturbances and climate change in the future.” 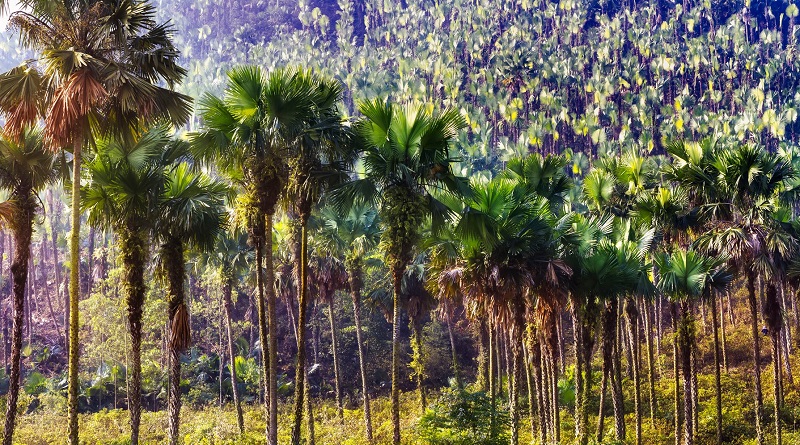 Study co-lead author Thaise Emilio, from the University of Campinas, said: “Impressive levels of palm abundance do not come as a surprise to many tropical forest researchers. Days of work may be necessary to measure all the palms of a single hectare in some places in the middle of Amazon.

“However, a fair representation of palms in studies of tropical forests functioning is yet to come. Showing where and when palms must be considered is a major contribution of our new study.”

The paper The Global Abundance of Tree Palms is published in Global Ecology and Biogeography 6 July 2020.