Researchers from the Natural History Museum, and the Universities of Leeds and Southampton travelled to Eyjafjordur, Iceland in June, 2019 to document these remarkable underwater ecosystems and study some of the animals that live in them.

Dr Crispin Little from the School of Earth and Environment was the team’s principal diver and hand collected animals that make the vents their home as well as the same species living away from the vents.

He said: “Most hydrothermal vents in the sea are in very deep water - thousands of metres - so to be able to SCUBA dive to a vent in only a few tens of metres of water in Iceland was a unique and fascinating experience, even if the ambient temperature was only six degrees centigrade!”

Back in the lab, the team is studying the DNA from the collected animals, looking for genetic differences that may exist between the same species of animal living at the vent sites and away from the vents, to see if they can find physiological adaptations in those animals to the challenging vent environment.

If such differences can be found this will give us important insights into a poorly understood area of marine animal evolution. 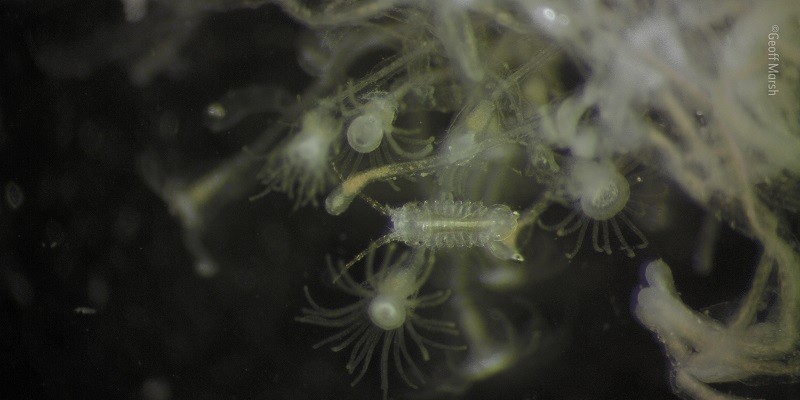 Learn more about the project Colonisation of hydrothermal vents by complex life funded by the Natural Environment Research Council (NERC).