Glaciers in the Southern Alps of New Zealand have lost more ice mass since pre-industrial times than remains today, according to a new study.

Research led by the University of Leeds, in collaboration with the National Institute of Water and Atmospheric Research (NIWA) in New Zealand, mapped Southern Alps ice loss from the end of the Little Ice Age — roughly 400 years ago — to 2019.

The study found that the rate of ice loss has doubled since glaciers were at their Little Ice Age peak extent. Relative to recent decades, the Southern Alps lost up to 77% of their total Little Ice Age glacier volume.

Climate change has had a significant impact on ice loss around the world. Not only do local communities depend on glaciers as sources of fresh water, hydropower and irrigation, but mountain glacier and ice cap melt presently accounts for 25% of global sea-level rise.

“Our results suggest that the Southern Alps has probably already passed the time of ‘peak water’ or the tipping point of glacier melt supply."

The study, published in the journal Scientific Reports, determined volume changes for 400 mountain glaciers across New Zealand’s Southern Alps for three time periods; the pre-industrial Little Ice Age to 1978, 1978 to 2009 and 2009 to 2019.

The team reconstructed glacier volumes using historical records of glacier outlines, as well as examinations of moraines and trimlines, which are accumulations of glacial debris and clear lines on the side of a valley formed by a glacier, respectively. Moraines and trimlines can indicate former ice margin extent and ice thickness changes through time. 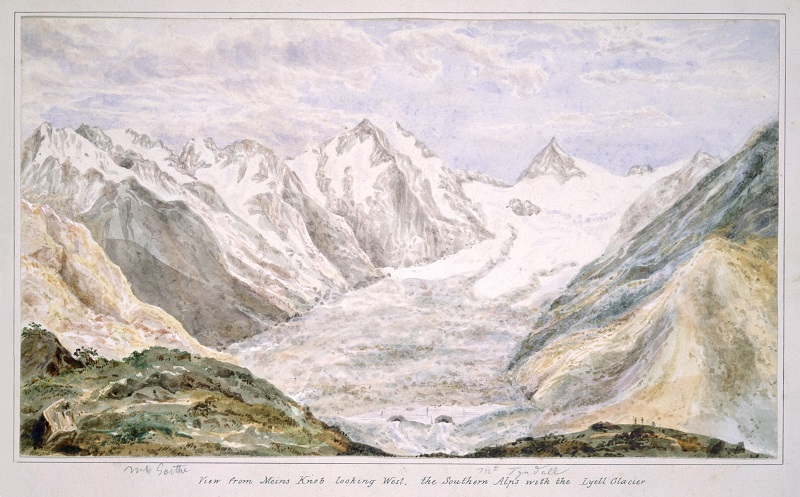 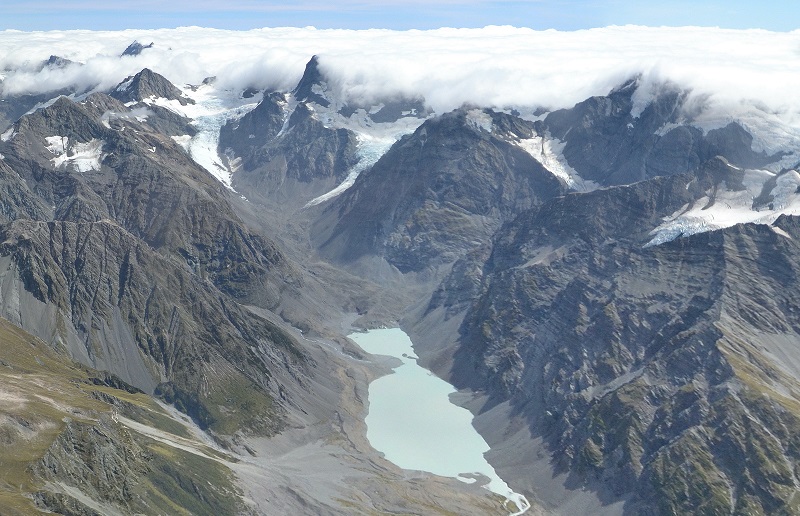 Study lead author Dr Jonathan Carrivick, from the School of Geography, said: “These findings quantify a trend in New Zealand’s ice loss. The acceleration in the rate of ice mass loss may only get worse as not only climate but also other local effects become more pronounced, such as more debris accumulating on glaciers surfaces and lakes at the bottom of glaciers swell, exacerbating melt.

“Our results suggest that the Southern Alps has probably already passed the time of ‘peak water’ or the tipping point of glacier melt supply. Looking forwards, planning must be made for mitigating the decreased runoff to glacier-fed rivers because that affects local water availability, landscape stability and aquatic ecosystems."

Co-author Dr Andrew Lorrey is a Principal Scientist based at NIWA who was involved with the study. He says “The long-term ice volume decline, rising snowlines, and rapid disintegration of glaciers across the Southern Alps we have observed is alarming. Photographic evidence that has been regularly collected since the late 1970s show the situation has dramatically worsened since 2010.

“Our findings provide a conservative baseline for rates of Southern Alps ice volume change since pre-industrial times. They agree with palaeoclimate reconstructions, early historic evidence and instrumental records that show our ice is shrinking from a warming climate.”

The paper Ice thickness and volume changes across the Southern Alps, New Zealand, from the Little Ice Age to present is published in Scientific Reports 07 August