Surgeons progressively ‘warm-up’ as they repeat a procedure on their operating list, akin to the way athletes’ performance improves across a competition – according to new research.

The authors of the study say surgeons should look at re-ordering their operating lists, starting their day with the simpler cases and building up to the more difficult ones.

And rather than having a mix of cases, surgeons should try and group similar cases together so they are repeatedly performing the same procedure.

Doing so, according to the researchers from the University of Leeds, Leeds Teaching Hospitals NHS Trust and Spire Healthcare, would result in potentially improved patient outcomes, with surgeons completing operations more quickly, reducing costly theatre time.

“The evidence from the literature and some of our previous work is demonstrating that warm-up has the potential to make surgery safer and more efficient.”

For each operation the time saved was quite small, but scaled up across an average hospital over a year it was estimated to amount to around 24 days of operating theatre time.

The time it takes to complete a procedure is a good proxy for how well an operation has gone as well, as an indicator of the surgeon’s performance.

Surgeon Thomas Pike, from the University of Leeds, who co-authored the research published in the British Journal of Surgery, said: “What the study shows is that there is a natural process where surgeons ‘warm-up’ as they work their way through their operating list – and that is particularly so where they are doing the same procedure repeatedly."

“What was startling about the research was that these findings came from an analysis of the records of experienced surgeons. It is possible that the benefits in reduced operating times might be even greater with less experienced surgeons – although more research is needed to confirm that.”

The study was based on an analysis of the records of more than a quarter of a million operations carried out at 38 UK hospitals run by a private healthcare company over two years.

The researchers wanted to see if surgeons, like elite athletes and performers, see their performance improve as a result of ‘warm-up’. Previous studies have suggested operation times would shorten as surgeons repeated a technique, but these had been based on simulations and not real-life practice. 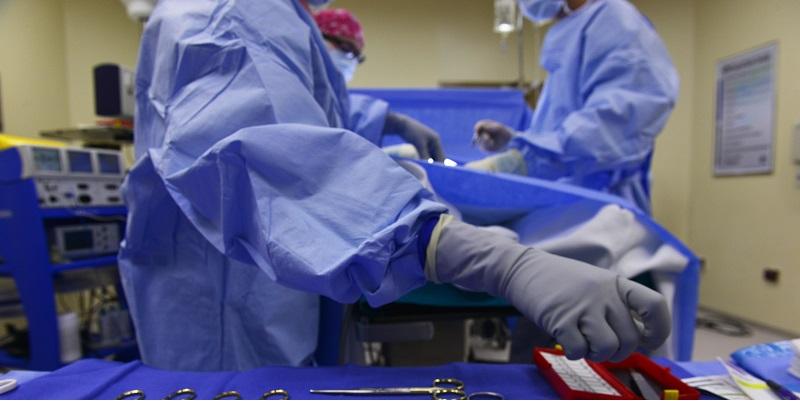 The research team used the hospital data in a "natural experiment", testing their theory that surgeons would get quicker as they warmed up, in this case by repeating a procedure.

The data analysis covered both key-hole and open surgery.

After controlling for factors that affect the outcomes of surgery, for example a patient’s age and severity of illness, it was found that surgeons completed the second operation on a list more quickly than the first. That reduction in operating time was consistent across the majority of procedures analysed and amounted to just over six per cent of operating time.

If surgeons switched between procedures, there was a lengthening of time taken to complete the new technique, by on average just under 6.5 per cent.

Overall, they looked at 35 different procedures; the results showed a remarkable consistency.

The study used patient data from the private healthcare sector. The researchers say further studies are needed to see if the picture is the same in the NHS.

How should surgeons warm up?

Scientists at the University of Leeds now hope to build on the findings by trying to identify a technique or process that would enable surgeons to "warm up" before they make their first incision.

Many surgeons do prepare for an operation by looking at images, video scans and even 3D anatomical models. An earlier study by researchers at the University found that surgical trainees who were able to use a 3D model were mentally better prepared for the surgical procedure.

Dr Faisal Mushtaq, a psychologist at the University and co-author of the study, said: “Many surgeons have their own routines for preparing for surgery. What we need to try and determine is whether it is possible, or even practical, to design a warm-up routine for surgeons – and if so, for this to be part of standard hospital practice.

“The evidence from the literature and some of our previous work is demonstrating that warm-up has the potential to make surgery safer and more efficient. A future warm-up routine is likely to have elements that work at two levels: to enhance motor skills and the cognitive skills that sit alongside them.”

Dr Mushtaq and colleagues are now looking at the use of virtual and augmented reality techniques to help surgeons warm up for extremely challenging procedures such as brain tumour surgery. They are working on converting MRI and PET scans of a patient’s brain into virtual objects that surgeons are able to visualise and interact with.

He said: “The use of VR will allow surgeons to practice in a virtual environment and technology will allow these virtual images to be turned into ‘holograms’ that can be overlaid on top of a real tumour in theatre – helping the surgical team to plan and visualise the processes involved in the procedure they are about to carry out before the first incision.

“We hope this new technology will help surgeons perform at an elite level in every operation.”

One of the researchers was funded by the Rays of Hope charity and another by the Medical Research Council.

For further details, contact David Lewis in the University of Leeds press office on 0113 343 8059 or d.lewis@leeds.ac.uk