A major UK trial of cannabis-based drug Sativex in treating the most aggressive form of brain tumour is to launch at 15 NHS hospitals, following promising results from a phase I study in 27 patients.

The new phase II trial, led by the University of Leeds, will assess whether adding Sativex – an oral spray containing cannabinoids THC and CBD – to chemotherapy, could extend life for thousands diagnosed with a recurrent glioblastoma. Currently, it has an average survival of less than 10 months.

The drug, already used in treating multiple sclerosis, was found to be tolerable in combination with chemotherapy, with the potential to extend survival, in a phase I trial in glioblastomas earlier this year.

While the phase I study observed that more patients were alive after one year in the Sativex arm compared to the placebo arm, the study was not sufficiently powered to show survival impact.

The new three-year phase II trial (ARISTOCRAT), funded by The Brain Tumour Charity and co-ordinated by the Cancer Research UK Clinical Trials Unit at the University of Birmingham, is due to begin recruiting more than 230 patients across all UK nations in early 2022, subject to sufficient funds being raised.

Having seen its income drop by more than 25% last year due to the pandemic and forced to pause its regular research grant funding programme, The Brain Tumour Charity has today launched an appeal to raise the £450,000 needed to open the trial as soon as possible.

Experts hope that, should the trial prove successful, Sativex could represent one of the first additions to NHS treatment for glioblastoma patients since temozolomide chemotherapy in 2007. 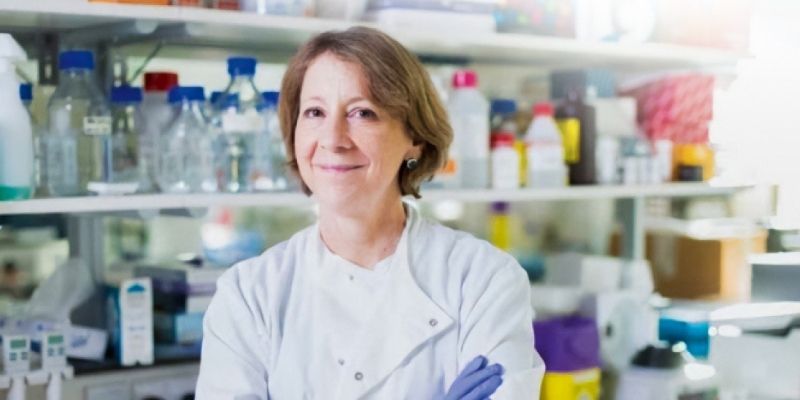 Professor Susan Short (pictured above), is the principal investigator on the new trial and Professor of Clinical Oncology and Neuro-Oncology at Leeds. She said: “The treatment of glioblastomas remains extremely challenging. Even with surgery, radiotherapy and chemotherapy, nearly all of these brain tumours re-grow within a year, and unfortunately there are very few options for patients once this occurs.

“Glioblastoma brain tumours have been shown to have receptors to cannabinoids on their cell surfaces, and laboratory studies on glioblastoma cells have shown these drugs may slow tumour growth and work particularly well when used with temozolomide.

“Having recently shown that a specific cannabinoid combination given by oral spray could be safely added to temozolomide chemotherapy, we’re really excited to build on these findings to assess whether this drug could help glioblastoma patients live longer in a major randomised trial.”

Glioblastomas are the most common and most aggressive form of brain cancer, with around 2,200 people diagnosed each year in England alone. They are usually fast-growing and diffuse, with poorly-defined boundaries and thread-like tendrils that extend into other parts of the brain.

Almost all glioblastomas recur even after intensive treatment including surgery, radiotherapy and chemotherapy, and average survival is just 12-18 months from first diagnosis.

Over the last decade there has been significant global interest within both patient and scientific communities about the activity of cannabinoids in brain tumours, with the view that cannabinoid-based products may not only help relieve symptoms but could also have a positive impact on survival.

Several pre-clinical laboratory studies have suggested that cannabinoids THC and CBD may reduce brain tumour cell growth and could disrupt the blood supply to tumours – but to date, clinical evidence that they could treat brain tumours has been limited.

In this new phase II trial, researchers will assess whether adding Sativex to the current standard chemotherapy treatment (temozolomide) could offer extra time to live for adults diagnosed with a recurrence of their glioblastoma after initial treatment.

‘Life beyond a glioblastoma diagnosis’

Stephen Lee, 62 from Leyland in Lancashire, took part in the phase I trial of Sativex in 2015 after his glioblastoma returned following initial treatment. Stephen was first diagnosed in 2010, just a few months after he had very sadly lost his older brother to the same disease. Stephen said: “My diagnosis was very sudden and was one of those days you never forget. Having had to leave work early with a severe headache and a stabbing pain in my right eye, my wife insisted that we go straight to hospital after what my brother had experienced.

“I was admitted that same day, had a scan and that’s when they identified it was a brain tumour. I had the operation the following week, and beforehand my wife and I agreed that we wanted to stay positive, to keep living our lives and to enjoy however much time we had together.

“I joined the early trial of Sativex in the hope that it could improve my quality of life, but I also thought it was important to do so as the chemotherapy and radiotherapy I was having had all been trialled by other people before it could be used safely. I thought it only right and proper that I followed in their footsteps and joined a trial to help prove a new drug which could benefit so many people in the future with a recurring glioblastoma.

“I took the oral spray 10 times a day, and it was easy as I could take it wherever we were going, even while out for dinner. While I don’t know whether I had Sativex or the placebo, since the trial finished in 2016, all my MRI scans have been clear.

"This new trial is so important as it will give people hope that there could be life beyond a glioblastoma diagnosis and that there are other treatments being trialled to support them to live their lives.”

Sativex, manufactured by GW Pharma, is an oromucosal spray containing 1:1 THC (Delta-9-tetrahydrocannabinol) and CBD (cannabidiol), with the active ingredients being absorbed in the lining of the mouth, either under the tongue or inside the cheek.

Participants will be asked to administer up to 12 sprays per day (or to the maximum dose they can tolerate if fewer than 12) of Sativex or placebo oral sprays.

Participants will then undergo regular follow-up including clinical assessment (every four weeks), blood tests, MRI scans (every eight weeks), and they will complete quality of life questionnaires. This will also be one of the first trials to integrate with The Brain Tumour Charity’s app BRIAN.

The trial will measure whether adding Sativex to chemotherapy extends the overall length of patients’ lives (overall survival), delays the progression of their disease (progression-free survival) or improves quality of life.

In the initial phase I study, the most common side-effects reported were fatigue, headache, vomiting and nausea, which were mostly classed as being mild-moderate in severity.

Dr David Jenkinson, Interim CEO at The Brain Tumour Charity, which is funding the trial, said: “We hope this trial could pave the way for a long-awaited new lifeline that could help offer glioblastoma patients precious extra months to live and make memories with their loved ones.

“With so few treatments available and average survival still so heartbreakingly short, thousands affected by a glioblastoma in the UK each year are in urgent need of new options and new hope.

“We know there is significant interest among our community about the potential activity of cannabinoids in treating glioblastomas, and we’re really excited that this world-first trial here in the UK could help accelerate these answers. The recent early-stage findings were really promising and we now look forward to understanding whether adding Sativex to chemotherapy could help offer life-extension and improved quality of life, which would be a major step forward in our ability to treat this devastating disease.

“But we also know that for many, this trial won’t come soon enough. In the meantime, while other cannabis-based products may help alleviate symptoms, there is insufficient evidence to recommend their use to help treat brain tumours. For anyone considering using cannabis-based products or other complementary therapies, it’s vital that you discuss these with your medical team first, as they could interact with other treatments such as anti-epileptic medicines or steroids.

“Anyone affected by a glioblastoma can speak to us for support and information on 0808 800 0004 or by emailing support@thebraintumourcharity.org. If you need someone to talk to, we’re here for you.”