A research team has discovered that a cell's protective layer acts like a turnstile, allowing proteins to be exported while preventing them from moving back in.

All cells are surrounded by a protective layer – a membrane – which keeps the contents of the cell together and protects it from damage.

However, proteins made inside the cell often need to be exported in order to do their job. For instance, in bacterial adherence, pathogenesis and antibiotic clearance.

The same process in humans is responsible for the secretion of all extracellular proteins, such as collagen, antibodies and insulin.

The researchers, from the Universities of Bristol and Leeds, looked at the specialised 'transport motor' that sits within the membrane, known as 'Sec' (short for secretory).

Sec recognises the proteins that need to be exported from the cell via a molecular ‘address tag’, and pushes them across the membrane. The energy required to do this comes from the cell’s universal power source, a molecule called ATP. 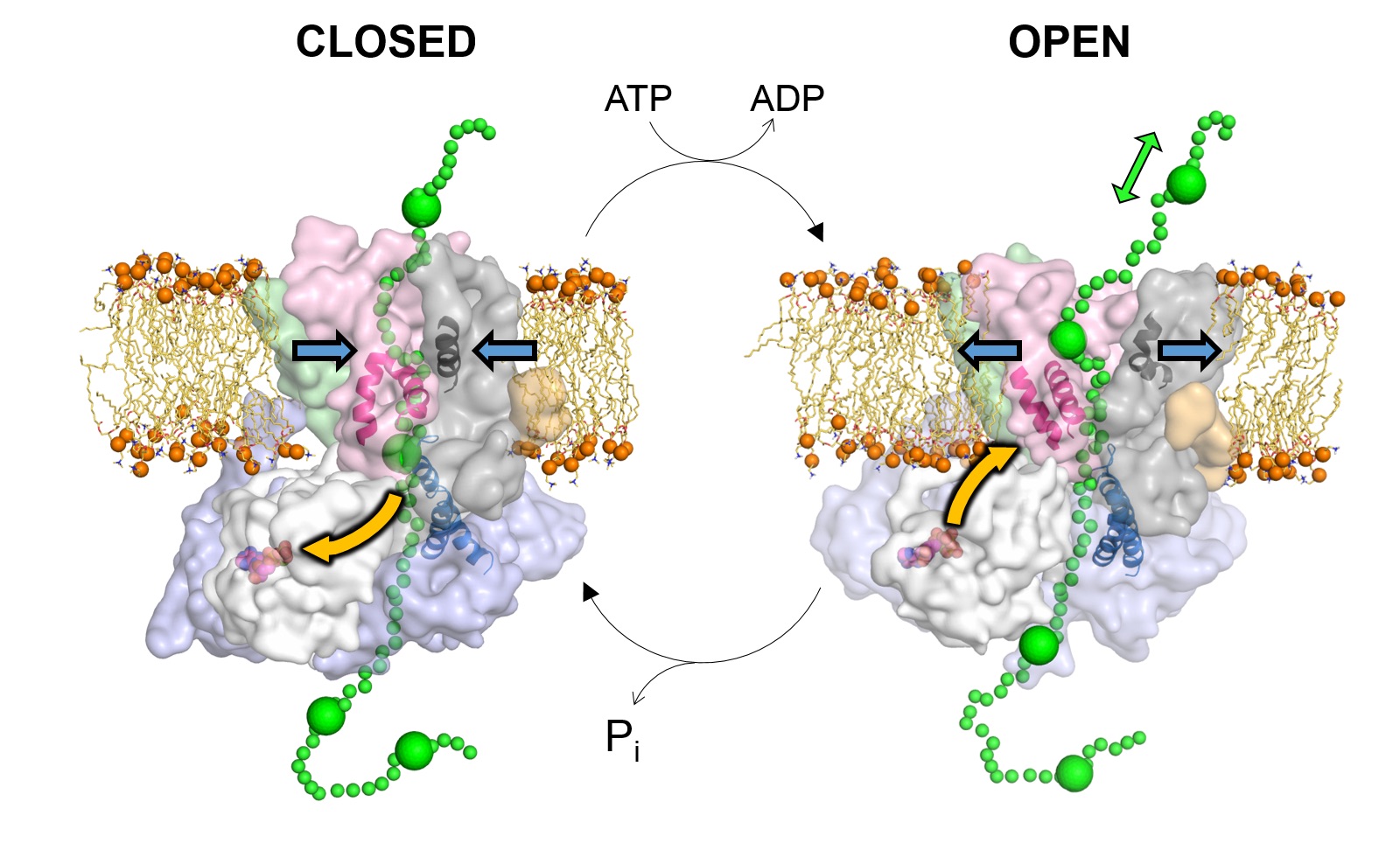 Co-author Professor Sheena Radford is Director of the Astbury Centre for Structural Molecular Biology at the University of Leeds. She said: "Our research was made possible by the teamwork of the authors, which brought a combination of classical biochemical and biophysical technologies.

"We explored the bulk system of many billions of molecules, together with large scale simulations of the protein complex (in Bristol), and used ground breaking methodologies capable of observing single molecules, pioneered in Leeds by Dr Roman Tuma.”

Co-author Dr Tuma, also from the Astbury Centre for Structural Molecular Biology, said: "The most popular theory on this at the moment is that Sec grabs hold of part of the protein and pushes it through a gate in the membrane. It then lets go, and goes back to grab and push the next bit.”
“However, our study shows that the biggest movement is in the membrane gate itself, which opens and closes. This suggests Sec acts more like a turnstile. Proteins can move freely one way across the membrane - out - but are prevented from moving back in again.

“The new model we present provides a solution to an outstanding problem in the protein transport field, which might be relevant in many other systems that transport proteins and nucleic acids elsewhere in the cell.”

Professor Ian Collinson, from the University of Bristol's School of Biochemistry, said: “Previous studies have shown what Sec looks like, but not how it pushes substrates from one side of the membrane to the other.

"We used a combination of experimental and computational methods to look at how the different parts of Sec move around as it uses ATP.

“Our reasoning was that it’s easier to understand how a motor works by watching it in action rather than just looking at a still picture and trying to then work out how the machine might work.”

The discovery is being used by the team, in collaboration with the Dundee Drug Discovery Unit, towards the development of new drugs that specifically block bacterial secretion without affecting humans.

Jamming the secretion process would be harmful to bacteria and their strategies for antibiotic resistance.

The research and collaboration was helped and inspired by the authors' late friend and colleague Professor Steve Baldwin, to whom the paper is dedicated.

The full paper Two-way communication between SecY and SecA suggests a Brownian ratchet mechanism for protein translocation was published in the eLife journal on 14 June 2016.