The first ever satellite tracking study of one the world’s endangered seal species has revealed new information about their migration habits and hunting patterns.

Using satellite trackers, scientists humanely tagged and followed 75 Caspian seals for up to 11-and-a-half months, as part of a four-year study into their behaviour.

The species is found only in the land-locked waters of the Caspian Sea in the Middle East.

They uncovered surprising variation among individuals for when and where they migrated, how far they travelled and how they went about finding food. 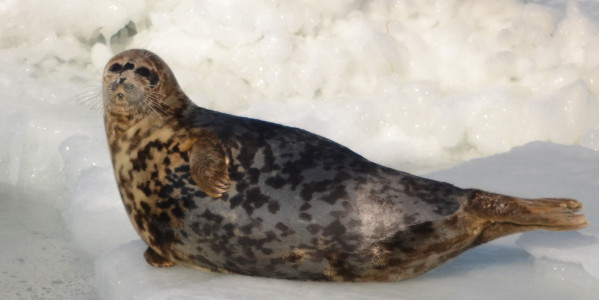 Dr Simon Goodman from the Faculty of Biological Sciences at the University of Leeds, who led the study, said: “Some of the findings really surprised us – for instance one seal swam 14,400km in a year, and many of the seals we tracked during the summer stayed at sea for around 6 months without coming back to land.

"It was also remarkable how much difference in behaviour there was between individual seals.”

As well as giving insights into the ecology of seals, this work provides vital information for conservation efforts.

Caspian seals are listed as an endangered species by the International Union for the Conservation of Nature and their population has dropped by 90 per cent in just over 100 years, from more than one million at the start of the 20th century.

This was primarily due to intensive hunting, which lasted until the early 1990s, but the main threats now come from drowning in fishing nets set by sturgeon poachers, habitat loss and other disturbance from human activities.

"The data from telemetry studies such as this can help identify key areas of seal habitat which might be incorporated into future protected areas, and planning other human activities, such as oil and gas developments so they don’t impact on seals,” said Dr Goodman.

“To date there have been limited efforts to protect Caspian seals from their many threats, but this is the kind of information needed to help prioritise areas for special protection, and how to most effectively set up and manage them.”

The study was led by researchers from the University of Leeds, together with scientists from Estonia, Kazakhstan, Russia and Northern Ireland.

Dr Goodman explained how during the summer seals could be separated into 3 behaviour groups:

However during the autumn and winter months, these differences disappeared with most animals staying in the north, where they breed on the ice which forms there each year between January and March.

The researchers suggest the differences seen in summer could be due to individual animals specialising in certain types of prey and having distinct foraging strategies. 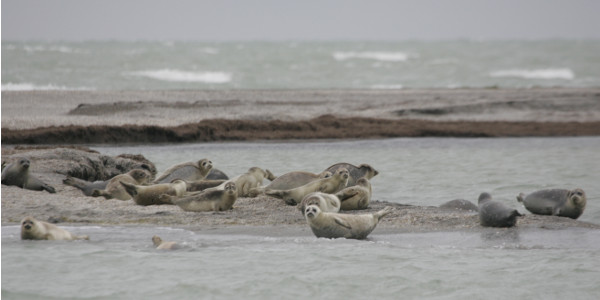 Dr Lilia Dmitrieva, the lead author of the paper said “The question is why would some seals only travel a short distance, while others expend lots of effort to swim thousands of kilometres to find food? Why don’t they all go for the easy option?

“The evidence we have so far suggests that by expending less effort travelling to nearby foraging sites, the shallow diving seals may save energy, which could then potentially be spent on breeding activity later in the year.

"They may be choosing more productive food sources through experience, or were competitively excluding other animals.

“The long migrant, deep divers may be travelling further to avoid competing for food with other seals in the north, or the prey in deeper waters may have a higher energy density, which makes up for the extra effort involved in catching it.”

The full study, Individual Variation in Seasonal Movements and Foraging Strategies of a Land-locked, Ice-breeding Pinniped, is published in the journal Marine Ecology Progress Series.

Dr Simon Goodman is available for interview, journalists should contact Peter Le Riche, Media Relations Manager, on 0113 343 2049 or on p.leriche@leeds.ac.uk