Two inventors of a technique to wash cells and DNA out of tissue, so it is not rejected when transplanted into human bodies, have been shortlisted for the 2018 European Inventor of the Year award.

Now the University of Leeds is calling on people to vote for the invention, to help recognise and celebrate the pioneering technique. You can vote here.

Eileen Ingham, a medical immunologist, and medical engineer John Fisher are both long-standing senior professors at the University Leeds. Together, they have developed and expanded the technique called decellularisation over the past 20 years. Theirs is one of only two UK entries in the international competition.

Since the ground-breaking process was first developed and tested in laboratory and clinical studies, it has been used across the world, from supporting soft tissue replacements in injuries in knee joints, through to the development of a new human heart valve. 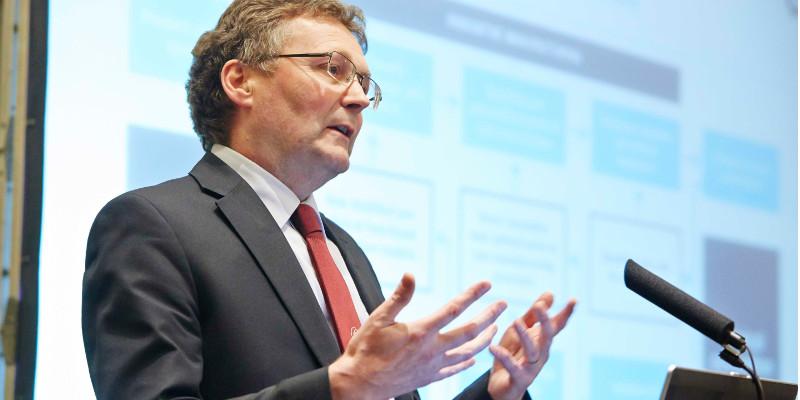 The decellularisation process works by washing a specific type of tissue to be used as an implant in a series of mild solutions. This removes cells, then lipid membranes, various other molecules and finally DNA. At this point it has no cellular content and is known as a ‘scaffold’.

“We hope to see even more medical breakthroughs in the future using the technique.”

When it is then implanted in the body, it will not be rejected because the host body’s defences have nothing to react to. Over time the host cells will colonise the implanted tissue which will integrate and grow naturally in the body.

Professor Ingham said: “The decellularisation process tackles a really important challenge – how to help tissues regenerate. New tissue is remodelled on this biologically neutral ‘scaffold’ and we hope to see even more medical breakthroughs in the future using the technique, such as replacement tissue for hips and ankles. Our ultimate aim is to help people stay active and provide a new lease of life.”

The technique is so successful, it has been developed by a spin-out company from the University of Leeds, called Tissue Regenix, which is now an AIM-listed organisation still based in Leeds.

The two professors – who are married, having met through their research – have been jointly nominated in two categories in the annual prize, which is run by the European Patent Office.

They are pitted against two other inventions in the research category, which will be judged by experts, and against 15 others in a public vote for the popular prize. The winner will be announced on 7 June 2018. 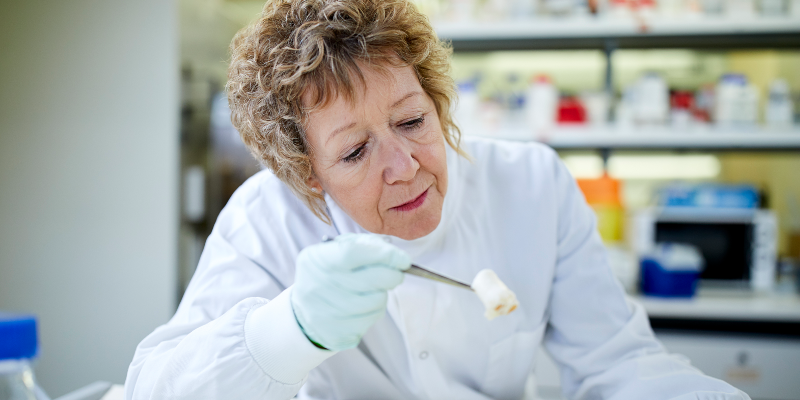 Professor Ingham, who completed her BSc degree and PhD at Leeds and has spent her entire career working in the University’s labs, added: “We’ve always been committed to making a real and telling difference to the world around us. Our decellularisation process has shown how research in universities can have a genuinely positive impact on improving people’s lives.

“We were really pleased to be shortlisted, because technical science and medical engineering breakthroughs are often very specialised.

We’ve harnessed two very different fields of research to create this solution, bringing together the physical science of John’s engineering background with my own biological understanding, and it’s been wonderful to see the technique evolve across the world.

“Now both John and I are crossing our fingers for the result to go our way. If we win it will be something for all our colleagues over the years, and for the city of Leeds as a whole, to be proud of.”

“The University as a whole is very proud of their achievement”

Professor Lisa Roberts, Deputy Vice-Chancellor: Research and Innovation at the University of Leeds said: “Congratulations to Eileen and John on being shortlisted for the prize; the University as a whole is very proud of their achievement. Researchers and clinicians in their field across the world know how important their invention has been, but this is a great chance to bring this international prize to Leeds, so please do take a few minutes to vote.”

The public can vote here.

Together, the two professors founded the Institute of Medical & Biological Engineering (iMBE) at the University, globally recognised as one the top centres for research and innovation in medical engineering and which now acts as a regional host for national medical technologies centres.

Much of the research carried out to develop the decelluarisation technique has been funded by the Engineering and Physical Sciences Research Council and the Bioscience and Biotechnology Research Council, part of UK Research and Innovation.

The original science which led to the invention comes with the selection of specific chemicals which the tissue is washed in, and the concentrations at which they are used, as well as the addition of inhibitor enzymes to control other aspects of the process.

Journalists with questions or interview requests can contact Peter Le Riche in the University of Leeds press office on +44 (0)113 3463 2049 or email p.leriche@leeds.ac.uk

Professor Ingham was a founder of the University’s Institute of Medical and Biological Engineering and, among a number of accolades, was named a Woman of Outstanding Achievement by the UK Resource Centre for Women in Science, Engineering and Technology in 2011. She is also a Fellow of the Academy of Medical Sciences. She has published more than 270 scientific journal articles, more than 200 of them on the topics of tissue replacement and regeneration, joint prostheses and tissue engineering. These have been cited by other researchers almost 10,000 times.

Professor Fisher was founding Director of the Institute of Medical and Biological Engineering, which was awarded the 2012 Queen’s Anniversary Prize, the country’s highest accolade for an academic institution. He joined the University of Leeds in 1993 and received a CBE for services to Biomedical Engineering in 2011, and is a Fellow of the Royal Academy of Engineering, and of the Academy of Medical Sciences. He has published more than 500 journal articles.

The European Inventor of the Year Award, now in its 13th year, is one of Europe's most prestigious innovation prizes. Launched by the European Patent Office (EPO) in 2006, the annual award distinguishes individual inventors and teams whose pioneering inventions provide answers to some of the biggest challenges of our times.