Astronomers have discovered why dust clouds around fading stars form unique and beautiful shapes – and their findings have revealed how our sun could look in its dying days.

The clouds, called planetary nebulae, are formed by stellar winds blowing dust away from the surface of dying stars.

Astronomers have been observing them since the discovery of the Dumbbell Nebula in 1764, but a reason for the variety of colourful shapes has never been determined.

Working at the ALMA Observatory in Chile, home to the largest radio telescope in the world, academics from Leeds are among researchers who have gathered a large, detailed collection of observations for the first time – and have been able to solve the mystery.

They discovered the ethereal shapes are caused by the gravitational pull of companion stars or large planets – meaning that Jupiter or Saturn’s gravity could distort the stellar winds to create a spiral shape around our sun as it decays and dies.

Professor John Plane, Professor of Atmospheric Chemistry at Leeds' School of Chemistry, said: “When stars reach the end of their lives, they tend to swell up to become giant red stars, and start ejecting heavy elements like iron, magnesium and silicon.

“A planetary nebula is the ball of gas ejected from the star, which is produced by the stellar wind blowing material away from the stellar surface. It was known previously that these are not always spherical.

“What this study shows is the outflows tend to form recognisable patterns like disks and spirals. 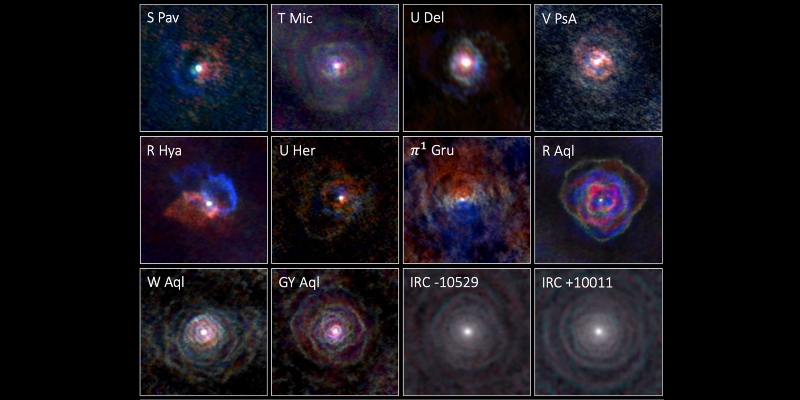 “The reason for this is the presence of a companion star or a planet, too small and close to the giant star to be directly observable, but whose gravity is sufficient to distort the dust outflow.

“What this study shows is the outflows tend to form recognisable patterns like disks and spirals.”

“In the case of our solar system, the sun will form a giant red star in around five billion years, and Jupiter could then play this role in controlling the pattern of the sun’s dust cloud.”

Lead researcher Professor Leen Decin, a visiting professor at Leeds from the Department of Physics and Astronomy at KU Leuven University in Belgium, said: “Jupiter or even Saturn – because they have such a big mass – are going to influence whether the Sun spends its last millennia at the heart of a spiral, a butterfly, or any of the other entrancing shapes we see in planetary nebulae today.”