The childhood cancer survival rate in Yorkshire is among the best in the world, with 86 out of every 100 children diagnosed with the disease before their 15th birthday living for at least five years.

Twenty years ago, the comparable figure was 73 out of 100 children.

That means for every 100 children, 13 are now surviving who would not have done so two decades ago.

Improvements in treatment mean that for some cancers, almost all children will survive at least five years.

Yorkshire has a five-year survival rate that matches the best figures reported by countries around the world, including Australia and Canada.

The survival rate is an important benchmark. Traditionally, a child who lives beyond five years of diagnosis is considered to have been cured of their cancer, although in some children the disease does sadly recur.

The table shows the overall five-year survival rates in Yorkshire for the most common childhood cancers diagnosed 2012-2016.

The latest survival figures have been released to mark International Childhood Cancer Day and demonstrate the progress that has been made in treating the disease. The source of the statistics is the Yorkshire Specialist Register of Cancer in Children and Young People, a research database run by the University of Leeds that holds demographic and clinical information on childhood and young-adult cancer patients.

Data a key weapon in fight against cancer

“It allows us to monitor how effective treatments are and to identify any major side-effects. By sharing that information with researchers, the clinical community and families of childhood cancer survivors, not just in Yorkshire but across the entire country, we can help focus research on key areas.

“We are able to determine those cancers that are the most difficult to treat, or where the side-effects of treatment are most toxic, especially treatment which may have long-term side effects.”

Funded by the Candlelighters Trust and the Laura Crane Youth Cancer Trust, the register was set up in the early 1980s and has allowed scientists and clinicians to undertake epidemiological research into the patterns and causes of cancer. It has enabled them to track the impact of new therapies on young patients and how it may cause side-effects in later life.

Some cancer treatments involve powerful drugs which can affect physical health including reproductive health. Cancer treatment may also impact on social and mental health as well as educational outcomes. The Registry is developing techniques to investigate these and the wider impact of childhood cancer in later life.

Dr Mike Richards, Candlelighters Trustee and Consultant Paediatric Haematologist at Leeds Children’s Hospital, said: “The publication of these data highlight the amazing progress in the treatment of cancer in our region over the last 20 years.

“The priorities of the Candlelighters charity is to help fund research that not only further improves five-year survival rates but also extends our understanding of the potential long-term side-effects of treatment. It is vital we develop treatment options that are kinder to patients.” 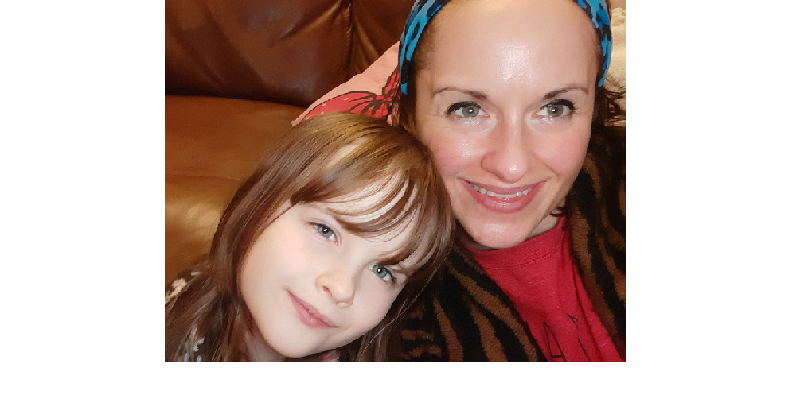 Anais with mum Becky Smith. Picture courtesy of the family.

Anais was five when, in 2017, she was diagnosed with a kidney tumour, which had begun to spread to other parts of her body. She was treated at one of the two regional childhood cancer centres in Yorkshire, the Leeds Children’s Hospital.

On Christmas Eve, she celebrated her ninth birthday and is now two years into being cancer-free.

Her mother, Becky Smith, said: “Having a child diagnosed with cancer is a parent’s worst nightmare. But advances in treatment mean that many children can get through this disease, although the journey can be tough but there is tremendous support from healthcare staff who have supported Anais and the rest of the family.”

In Yorkshire, children with cancer are seen by specialist teams at two regional centres: Leeds Children’s Hospital and Sheffield Children's Hospital, which work as part of a network of specialist units across the United Kingdom.

The University of Leeds' Parkinson Building was due to be lit up in gold to mark International Childhood Cancer Day.