A pair of well-worn boots represents one of the more unexpected items in the University of Leeds’ renowned and wide-ranging Liddle Collection of First World War papers and artefacts.

Nothing about the tired old black leather footwear hints of their history, or of their role in a poignant story of remembrance that spanned most of the last century.

As the 11 November dawned in France in 1918, 21-year-old 2nd Lieutenant William Macdonald – whose medical studies had been interrupted by the war – pulled on these very same boots. 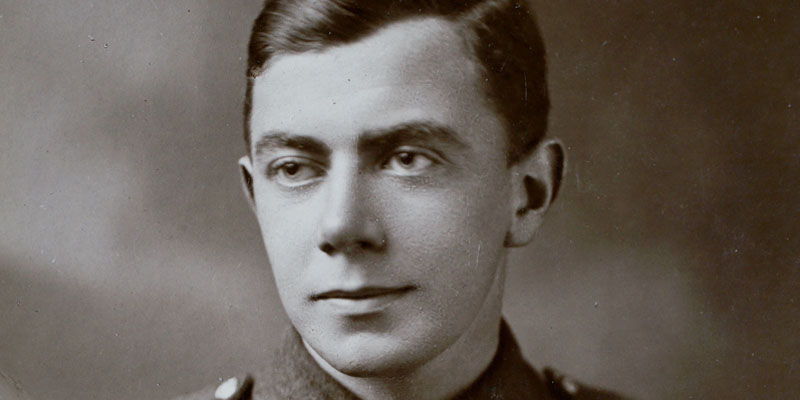 So began a ritual act of remembrance loyally adhered to by Macdonald for most of the rest of his life – each and every Armistice Day for almost 70 years, he donned those same boots to commemorate the war, and the lives it claimed.

Of the 63 boys in his own Edinburgh sixth form class of 1913-14, 15 failed to make it home. The grim tally is recorded in meticulous notes kept by Macdonald, which form part of the Liddle Collection’s archive of his letters, photographs, army training lecture notes and mementoes from years of reunions of regimental comrades. In 1964 he chaired the 50th reunion of old boys from George Watson’s College in the Scottish capital. 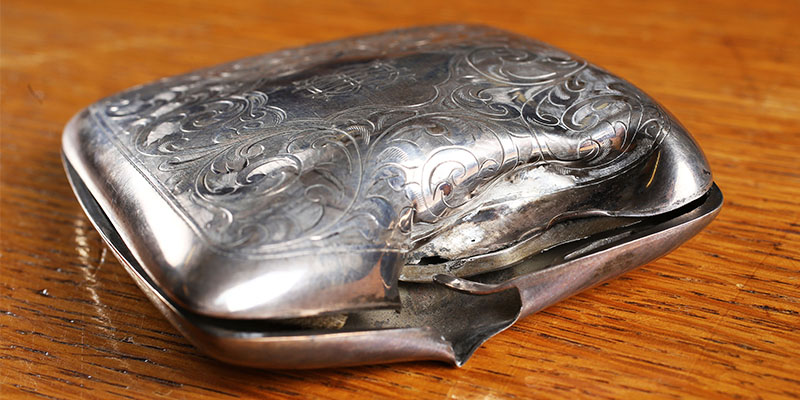 Macdonald, originally from Invergordon in the Scottish Highlands, served with the Argyll and Sutherland Highlanders in France from May 1916. He was invalided back to the UK the following January with a case of trench foot so severe it left him unable to stand. 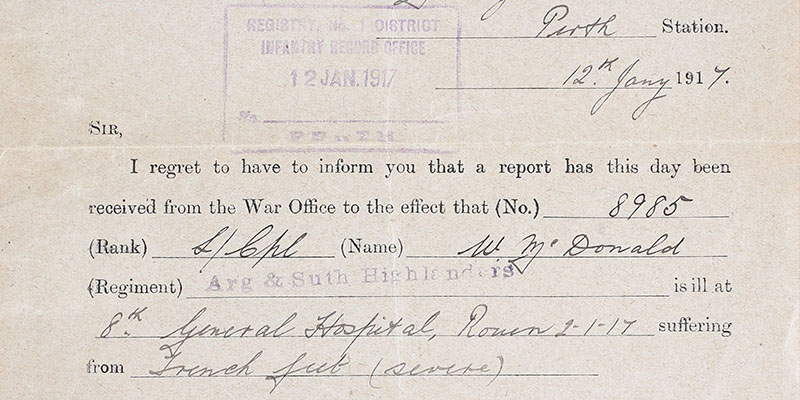 He was awarded the Military Cross for gallantry in 1917, and gassed while serving near Passchendaele in March 1918.

“The touching story of these boots is a poignant example of those who went on to lead fruitful and fulfilling lives, while never forgetting the searing experiences of war.”

Historian Dr Jessica Meyer, who leads the Medicine and War strand of the University of Leeds’ Legacies of War centenary project, said: “The ways in which those affected by the conflict chose to commemorate it are as wide-ranging as their experiences, whether at home or at the front.

“The touching story of these boots and their owner’s life-long annual act of remembrance is a poignant example of those who went on to lead fruitful and fulfilling lives, while never forgetting the searing experiences of war.”

A wide-ranging career saw Macdonald heavily involved in the establishment of the fledgling National Health Service, latterly as a senior principal medical officer in the Ministry of Health, as well as lecturing in medical ethics and the conditions of general practice at the University of Leeds. He also served as a magistrate and Presbyterian Church elder in the city for many years.

Macdonald, who signed tender letters home from the trenches to his parents as Willie, but in later life was fondly known as Mac, gave his boots and wartime papers to the Liddle Collection in the 1980s.

He died on 21 December 1989, aged 92, and was survived then by a sister, a son and two daughters, five grandchildren and three great grandchildren. 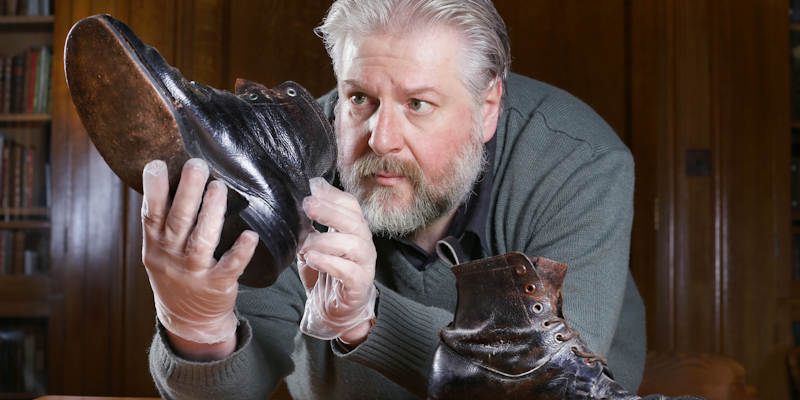 The Liddle Collection documents and preserves first-hand accounts of individuals who experienced both world wars. It was started privately in the early 1970s by the military historian Dr Peter Liddle and was became one of the of the University Library’s Designated Special Collections in 1988. It includes the personal papers of more than 6,000 people, photographs and drawings, and official and unofficial papers as well as diaries, correspondence and more than 1,500 artefacts.

The University’s Legacies of War centenary project is run by colleagues who have research interests in various aspects of the First World War and is partnered with Gateways to the First World War, an Arts and Humanities Research Council-funded public engagement project. Members of the Legacies of War project have helped to coordinate a series of events and activities across Leeds in the centenary period 2014-18 in theatres, cinemas, museums, galleries and at the University. These events commemorate and explore different histories of the First World War, and examine its multiple historical, cultural and social legacies.