The University has announced a research agreement with the West Coast Partnership, the franchise that runs rail services on the West Coast Main Line and selected as the operator of phase one of HS2.

The collaboration, led by scientists and engineers at the University’s Institute for High-Speed Rail and System Integration (IHSRSI) is worth more than £1 million and will focus on:

“We will be using a lot of leading-edge technologies and helping us to embed them into our operations will be the IHSRSI.”

The Institute for High-Speed Rail and System Integration will be capable of simulating the conditions found on busy rail networks.

The institute’s director, Professor Peter Woodward, said: “The institute was designed to speed up the time it takes to get new innovative ideas introduced to the railway – and to ensure that when they are brought into service, they work as intended.

“The facilities at Leeds will enable new technologies to be thoroughly tested and risk-proofed before they go live on a busy network, significantly reducing the likelihood of operational problems developing thereby reducing network delays and hence frustration among passengers.

“Our founding philosophy is to work closely with the rail industry, and I am excited that we are forming a research collaboration with the West Coast Partnership that will be shaping the UK rail industry for decades to come.” 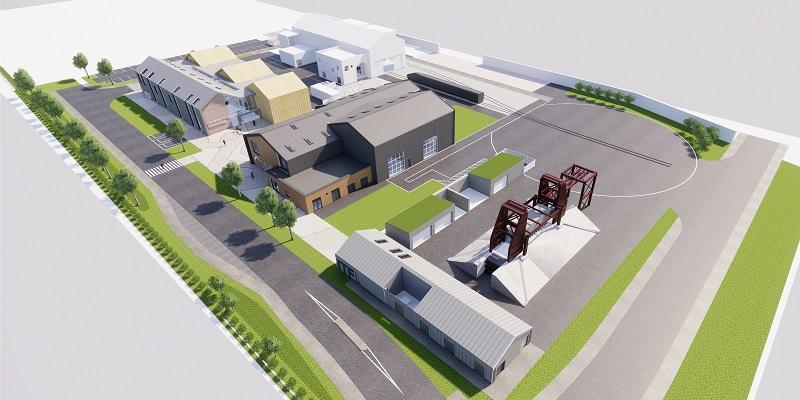 An artist's impression of what the Institute for High-Speed Rail and System Integration could look like.

The cutting-edge facilities at the institute will include:

Caroline Donaldson, Managing Director at West Coast Partnership Development, said: “We are at the start of a huge technological revolution on the West Coast Main Line. Within the next few years, trains will be greener and cleaner, passengers will travel in greater comfort, Wi-Fi will be faster and more reliable and there will be facilities to wirelessly charge mobile phones.

“In nine years, we will also be running high-speed services on the HS2 line connecting some of the nation’s biggest cities including Birmingham, Manchester, Liverpool, Glasgow and London.”

“We will be using a lot of leading-edge technologies and helping us to embed them into our operations will be the highly-skilled research engineers and scientists at the Institute for High-Speed Rail and System Integration.”

Construction of the institute, at a site next to the Leeds Enterprise Zone, has started but progress has been affected by the COVID-19 pandemic, which will influence timings for completion of the facilities.

The Institute will form a key part of a wider strategy involving Leeds City Council and West Yorkshire Combined Authority/Leeds City Region Enterprise Partnership to develop a UK centre of excellence for rail engineering in the Leeds City Region.

For further information, please contact David Lewis in the University of Leeds press office via d.lewis@leeds.ac.uk or 07710013287.