The value to the economy of the N8, the eight most research-intensive universities in the North, is almost double that of the entire Premier League, a report reveals today. 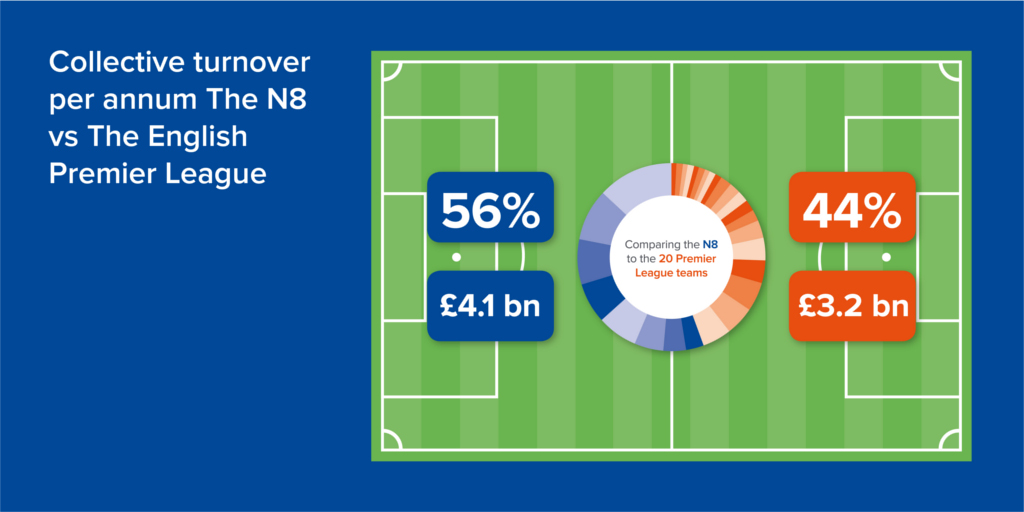 Together, the universities also generated a total of 119,000 FTE jobs - equivalent to all the jobs within a city the size of Salford. 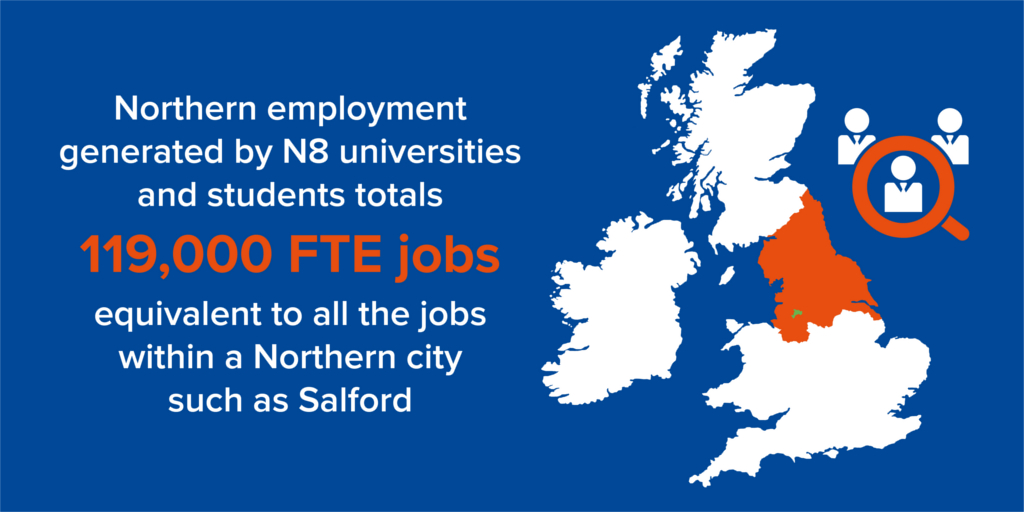 The findings build on a specially commissioned report in November 2015, which captured the scale of the University of Leeds’ £1.3bn contribution to the UK economy.

Sir Alan Langlands, Vice-Chancellor of the University of Leeds, said: “Leeds’ success in bringing hundreds of millions of pounds of research funding to the north of England as part of the N8 has strengthened the region and our sector as a whole.

“The announcement this month of our £40m Nexus centre to support innovative new private sector companies, giving them access to our world-leading researchers, is a strong indicator of how we use our expertise to benefit new and growing businesses.”

Power of 8: Knowledge, Innovation and Growth for the North

The new report launched today – Power of 8 – has now led to new calls on Prime Minister Theresa May to accelerate the Government’s plans by increasing investment in infrastructure and innovation in the North.

Professor Koen Lamberts, Vice-Chancellor of the University of York and Chair of N8, said: “This research paints a compelling and comprehensive picture of the contribution our universities make to the Northern economy, creating jobs and prosperity for people from all walks of life.

“The Government’s Northern Powerhouse agenda can and should play a major role in creating an environment that enables our universities to generate even more benefit to the Northern and wider UK economy.”

He continued: “Such benefit can only come, however, if there is further investment in innovation in the North: in inward investment, in transport and infrastructure.

“We need to be able to attract and retain the world’s most talented academics, researchers and students; we need to ensure that our students, staff and partners can easily access our world-leading facilities; and we need to attract innovative overseas businesses so that we have a genuinely international innovation and enterprise eco-system."

The report has been endorsed by Former Deputy Prime Minister, the Rt Hon Lord Heseltine who, writing in it, says the findings show that the research-intensive universities of N8 can be at the forefront of a rejuvenated Northern economy, and play a central role in strengthening and stabilising industries through new ideas, innovations and insights.

“As the devolution of important powers to cities and regions moves forward, partnerships between cities and universities can provide a clear voice of leadership and ideas, and can create a high-skill, innovation-driven future.”

He continued: “I believe and expect the N8 universities, working individually and together, to be at the forefront of a rejuvenated Northern economy.”

The report also highlights the role played by the N8 universities in helping to establish new businesses, the commercialisation of innovation, and the development of the next generation of entrepreneurs. Their economic activity is worth a total of £12.2bn to the Northern economy. 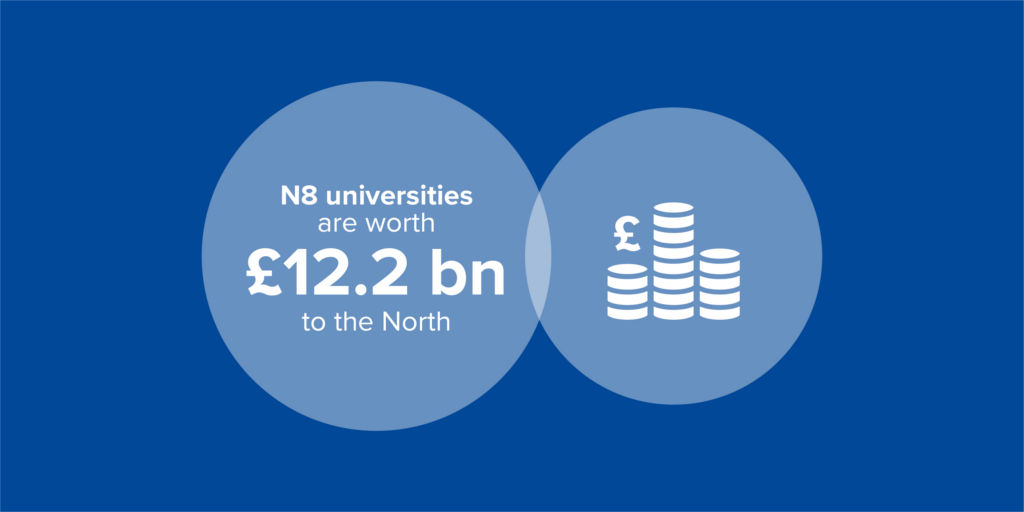 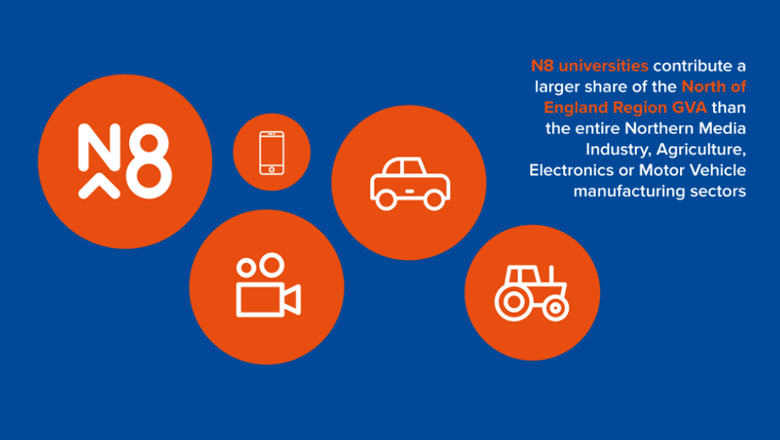 Professor Lamberts also encouraged the Government to resolve uncertainty over international research funding for UK universities in light of the Brexit vote.

He said: “While some uncertainties remain because of the Brexit vote, we should be confident that we can face the challenges this may bring.

"The N8 universities have always been global in outlook, focused on contributing to the world beyond the lecture hall or campus and this will continue despite the referendum result.

"The UK has some of the best universities in the world and our academics, researchers and students play a significant part in that success.

“However, we believe the Government must act swiftly to address the potential gap in research funding that might arise through our withdrawal from the EU.

"Such funding is essential if we are to retain our global standing and attract the brightest and best talent. It also plays a significant role in research and innovation, which directly leads to UK business creation and employment growth.”

The Power of 8 report was commissioned by the N8 Research Partnership, the collaboration body for the northern research-intensive universities, and undertaken by Viewforth Consultant Ltd.

The N8 universities form the largest research-pooling partnership in the UK. The N8 Research Partnership aims to maximise the impact of this research base to enable business innovation and societal transformation.