A new £5m University of Leeds sports facility launches this week, named after its most successful sporting alumni.

The Brownlee Centre, chosen in honour of Olympic heroes Alistair and Jonny, sits alongside a new 1 mile (1.6km) cycle circuit – one of the longest in the country – at the University’s Bodington Playing Fields in north Leeds. 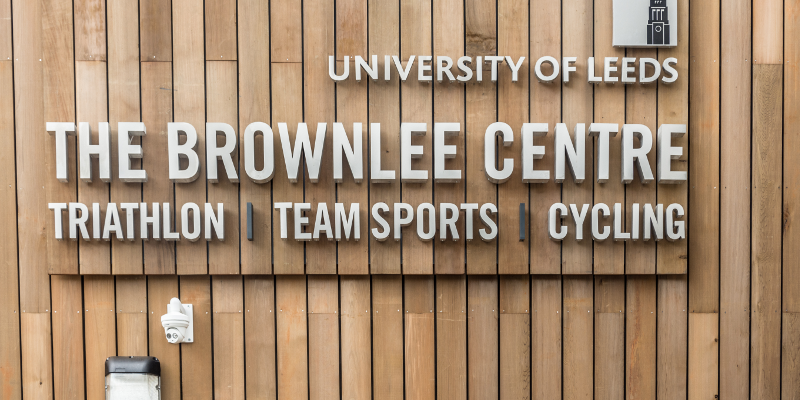 The brothers will officially launch the centre and cycle circuit on Friday 28 April. The facilities, open to sports enthusiasts of all ages and abilities, will be available to use and book from Tuesday 2 May and include changing rooms and a café.

The circuit has a full programme of activity including “pay and pedal”, HSBC UK Breeze Rides for women and girls and special training sessions for elite athletes, University and local clubs. Bikes for children and adults are available to hire, along with hand cycles, trikes and tandems for use by riders with disabilities.

Investing in the future

Partnership funding from British Cycling, British Triathlon and others is contributing £1million to the project, with the remaining funding provided by the University of Leeds.

It will also be a new National Elite Training Centre for Triathlon, home to Leeds Triathlon Centre. The UK’s first purpose-built triathlon training base, it will combine a strength and conditioning training suite, physiotherapy, medical and other support services, to provide world-class facilities to enhance triathlon training in the region.

Alistair said: “This day marks a great day for cycling in Yorkshire. The start of the Tour de Yorkshire builds on a fantastic legacy and, thanks to these new facilities, Leeds continues to be a real centre for excellence when it comes to cycling and triathlon.”

Alistair studied sports science and physiology at Leeds and won gold in the triathlon competition at the Rio 2016 Olympic Games. 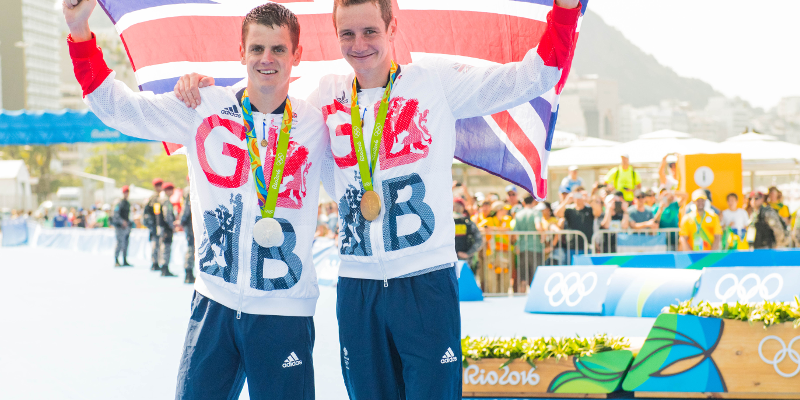 His brother Jonny, a Leeds history graduate who took silver in August, added: “A big thanks to the University and all of the supporters, because this centre and circuit will inspire everyone, from beginners through to elite athletes.”

The new facility helps mark some significant weeks for cycling and triathlon in the region: the Tour de Yorkshire takes place across the coming weekend, while the Columbia Threadneedle World Triathlon Leeds returns to the city in June.

Sir Alan Langlands, Vice-Chancellor of the University of Leeds, said: “We are very proud of the Brownlee brothers’ achievements and it’s an honour to have these brand new facilities named after two of our most successful sporting alumni. 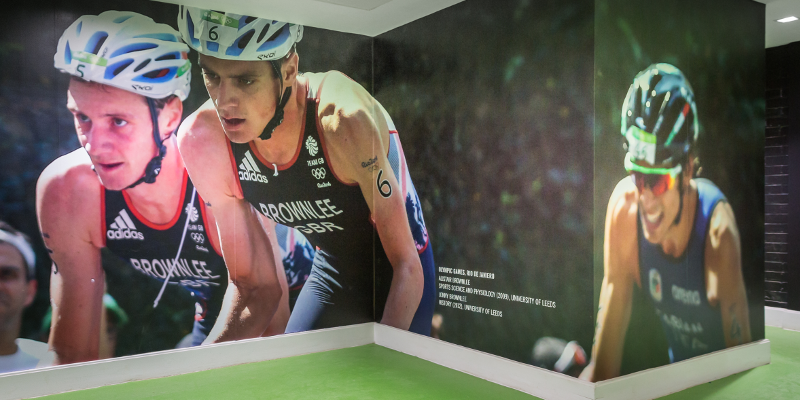 "It rightly puts the University of Leeds at the forefront of providing one of the best sport and physical activity environments in the UK.

"It also builds on the excellent cycling legacy provided by Welcome to Yorkshire’s leadership in securing the Tour de France’s Grand Depart in 2014.”

Jonny Clay, British Cycling’s Director of Cycling, said: “One of British Cycling’s key aims is to ensure that everyone – regardless of age or ability – has access to high quality facilities in order to get on a bike for the first time, to get back into cycling after time away from the sport, or to develop their skills on a bike.

“This facility will deliver exactly that for the people of Leeds – a region which has produced several successful elite sportspeople over the years who will have inspired countless local residents to take up cycling. 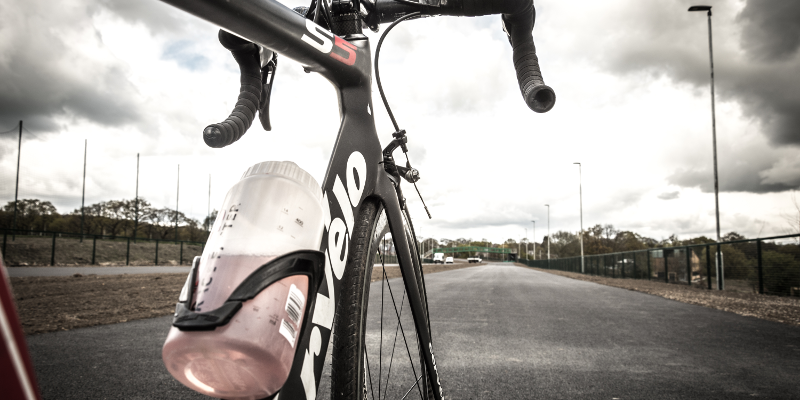 “We are delighted to see the circuit open and we look forward to seeing the local community truly embrace the facility.”

“This facility will deliver exactly that for the people of Leeds – a region which has produced several successful elite sportspeople over the years who will have inspired countless local residents to take up cycling.”

Jack Buckner, Chief Executive of British Triathlon, said: “The Brownlee Centre is a fantastic new facility in Leeds and continues our focus on ensuring our elite triathletes have the world-class facilities they need to deliver medal-winning success." 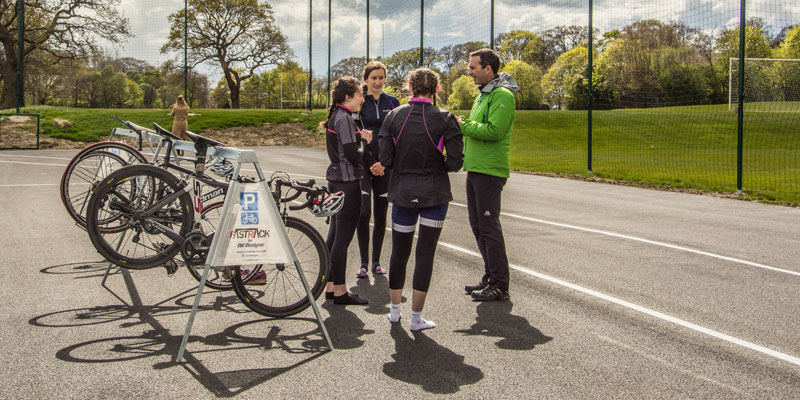 He continued: “With the Columbia Threadneedle World Triathlon Leeds coming to the city in June, the centre also provides the opportunity for locals to develop their cycling and triathlon skills as they get ready for race day and provides the perfect platform for triathlon fans of all abilities to get inspired and give the sport a try.”

“[It] provides the perfect platform for triathlon fans of all abilities to get inspired and give the sport a try.”

Joe Krasinski, from thriving Leeds cycling club albaRosa, said the importance of the new facilities for local clubs could not be understated: “This is a fabulous addition to the flourishing Leeds cycling landscape for youth and adult club members.

“Having had a session on the circuit, we were simply blown away by the professional facilities, the size and challenge of the circuit, its flexible use potential and welcoming staff. Our youth riders, coaches, volunteers and parents were all buzzing – and aching – afterwards!”

albaRosa will be providing youth coaching on Thursday evenings and race skills and fitness training in partnership with Ilkley, Valley Striders and Bronte Tykes cycling clubs on Monday evenings.

Suzanne Glavin, Head of Sport and Physical Activity at the University of Leeds, said: “We really value our continuing relationship with the Brownlees. The dedication and commitment they demonstrate through regular training sessions on campus and their continued global success really inspires our students and staff.

“They enable us to showcase to students how we can tailor degrees to allow athletes to train and compete at the highest level.”

Leeds University Union’s Activities Officer, Taiwo Ogunyinka, added: “The Brownlee Centre and cycle circuit signify another positive step by the University towards raising the experience of sports and physical activity for students.

“Not only does this further cement the position of the city and the University as a hub of elite triathlete development, but also widens participation and offers a resource of world-class standards to all students.”

The University is one of the UK’s leading sports institutions, with the Brownlees following in the footsteps of a number of Olympic champions.

At last year’s Rio 2016 Olympic Games, four University of Leeds alumni were part of the TeamGB squad. All three of the men’s triathlon team were Leeds alumni, with Gordon Benson joining the Brownlee brothers.

Four of the six Team GB Rio games triathlon competitors will be based at the new facilities.

The site will also continue to be used for grass sports including football and rugby. The next phase of development will see three additional grass pitches, with work scheduled for completion in autumn 2017.

The University has invested more than £25m in new sports facilities over the past 10 years, including a new £1m boat house. The latest improvements complement nearby Sports Park Weetwood, the University’s flagship 100-acre facility used by students and members of the community for hockey, football, rugby, cricket, lacrosse, American football and more.

For full details of how to use the new facilities, visit www.leeds.ac.uk/cyclecircuit