The first woman to have an ovary frozen before the onset of puberty has given birth to a baby boy.

Moaza Al Matrooshi, now 24, had her ovarian tissue frozen when she was a young child by Professor Helen Picton, Head of the Division of Reproduction and Early Development at the University of Leeds.

Moaza then worked with her consultant gynaecologist at The Portland hospital to have her preserved tissue successfully replanted earlier this year.

“This is a huge breakthrough in the field of fertility preservation.”

Professor Picton, from the School of Medicine, continued: “It is the first time that the success of the procedure has been shown in a pre-pubertal girl, and I’m delighted that this young woman has had her baby.”

As a nine year old child, Moaza had her right ovary removed and the tissue from it frozen before she underwent chemotherapy treatment.

She suffered from a severe blood disorder, beta thalassaemia, and needed the chemotherapy in preparation for a bone marrow transplantation to treat the disorder.

The chemotherapy treatment was likely to leave her infertile.

The other ovary was left in her body but the toxic impact of the chemotherapy drugs on her remaining ovary meant she had started going through the menopause in her early twenties.

Having recently married and being keen to start a family with her husband, in 2015 she underwent transplantation of some of her stored ovarian tissue to restore her fertility.

Following her transplant her hormone levels began returning to normal, she began ovulating and her fertility was restored.

Researchers at the University of Leeds have been at the forefront of ovarian tissue freezing. 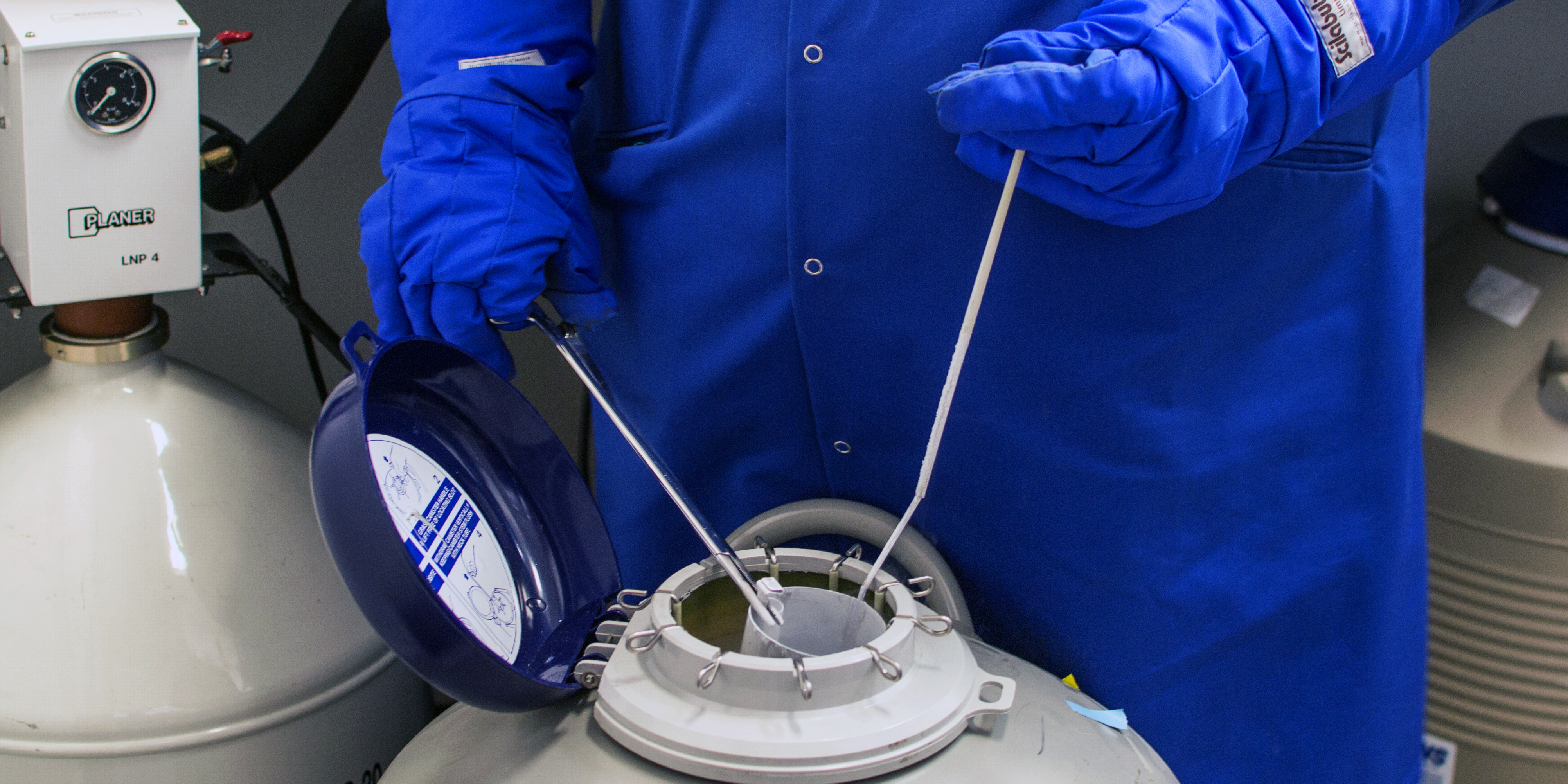 In 1999 scientists here were instrumental in performing the world's first transplant of frozen ovarian tissue.

In an interview with the BBC, Professor Picton said: “Moaza is a pioneer and was one of the first patients we helped back in 2001, before any baby had been born from ovary tissue preservation.

“Worldwide more than 60 babies have been born from women who had their fertility restored, but Moaza is the first case from pre-pubertal freezing and the first from a patient who had treatment for beta thalassaemia.”

As reported by the BBC, the technique involves taking tiny slivers of tissue containing primordial follicles, which are then mixed with cryoprotective agents, slowly reduced in temperature to -196 C and stored under liquid nitrogen.

“ This is a fantastic outcome and we are very proud to have played a part in this very significant world first.”

Earlier this year a cancer patient from Edinburgh became the first UK woman to give birth following a transplant of her frozen ovary tissue.

Last year a woman in Belgium gave birth using ovarian tissue frozen when she was 13. Unlike Moaza, she had begun going through puberty when her ovary was removed.

The first woman in the world to give birth following the transplantation of her own ovarian tissue was in 2004.

The future of fertility

Professor Picton is currently working on a technique to enable frozen immature eggs to be grown and fertilised in a lab before the embryo is transplanted into the mother.

“We hope the new technologies that are coming on the block will enable us to grow  the early stage eggs that we’ve preserved in the frozen tissue to full size and maturity in the laboratory and to fertilise them in vitro, with a view to transplanting the embryo back into the womb,” said Professor Picton.

“That sort of technology is suitable for those patients for whom transplantation of ovarian tissue is not an option.

“These are young cancer patients, for example, who might be at high risk of reintroducing cancer cells to the body through the transplantation of cryopreserved ovarian tissue.

“We’ll also be using the technologies for the in vitro growth and culture of ovarian tissue as a means of testing the ovarian toxicity of contemporary cancer drugs, so that will help us predict the likely risk to young patients of losing their fertility in the future.”

Journalists should contact the University of Leeds press office: pressoffice@leeds.ac.uk or call 0113 34 34031.