Scientists have shown there is at least 9% more forest cover across the globe than was previously assumed.

By using very high resolution satellite imagery available through the Google Earth, they found an additional 467 million hectares of forest in the world’s drylands – arid areas that cover 42% of the Earth’s land surface.

A group of researchers at Leeds led by Dr Alan Grainger was part of an international team headed by Dr Danilo Mollicone of the Food and Agriculture Organization of the United Nations (FAO) in Rome. Their findings are published today in Science.

Dr Grainger, from Leeds’ School of Geography, said: “According to our measurements, in 2015 there were 1,079 million hectares of forest in the world’s drylands.

“This is more than 40% larger than estimated previously, and means the combined area of dry forest is very similar to the area of the more famous tropical moist forest found in such areas as Amazonia, Borneo and the Congo Basin.”

Half of the dry forest is in Africa and Asia and another third in North and South America. Dry forest contains some of the world’s most threatened ecosystems, including seven of its 25 biodiversity hotspots, and is under pressure from both climate change and human activity.

Such a large adjustment is possible because even though dry areas cover two fifths of Earth’s surface, their forest area is poorly known. Monitoring forest in the drylands has long been neglected owing to their assumed low economic value, and to difficulties in measuring tree distributions from space.

For a long time it was generally assumed that global forest area of all types was about 4,000 million hectares, though this figure was known to be uncertain.

“This research has major implications for our understanding of the role of forests in the global forest carbon cycle, which plays an important role in global climate change: first, because there is more forest than previously thought; and second, because almost two thirds of dry forest has a closed canopy, instead of consisting of trees scattered at low density over grasslands, as in the previous typical picture of dry forest.” 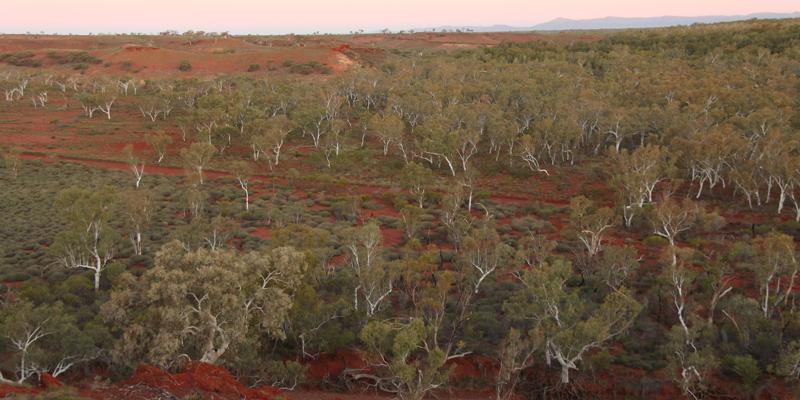 FAO is making its digital map available online so that other researchers can use it to construct better maps of the distribution of forest carbon – as well as forest biodiversity – in dry areas.

“We are just at the start of an exciting revolution in planetary measurement” said Dr Grainger. “These findings change our understanding of global forest distribution.”

While Landsat satellite images have been collected since 1972, the first study to produce a global map of closed forest area using these images was only published in 2012.

“This project represents a further quantum leap in measurement because it uses sensors that are 30 times more powerful than Landsat,” he added.

“The additional forest we have found in the drylands – not shown in previous global forest maps – is similar to the area of tropical moist forest in Amazonia.

“Careful measurement is fundamental to science, and this project shows how much more we can learn about our planet if we just measure it properly.”

The project required painstaking measurement of forest and tree cover in more than 210,000 sample plots by a large international team of 239 researchers across 15 research institutions. Leeds was among five of the institutions to involve its students in the analysis.

Dr Grainger added: “At Leeds we are totally dedicated to integrating our research into our teaching. I’ve never heard of a university involving its students in an international research project of this scale before.”

“Twenty-two of our students, from first year undergraduates to research postgraduates, coordinated by my colleague Nikée Groot, were trained in image analysis by an FAO team and have contributed to a major scientific advance with global implications.”

The drylands are very vulnerable to desertification – human degradation of land exacerbated by drought – which is expected to get worse as global climate changes.

Dr Grainger said: “The UN Convention to Combat Desertification is doing a tremendous job in co-ordinating international action on desertification.

“But it urgently needs more reliable information on the extent of desertification and how rapidly this is changing. The results of our research make an important contribution to filling this critical information gap, since FAO intends it to be just the first in a series of Global Drylands Assessments.

The top image shows a Baobab forest in Senegal during the dry season. Credit: FAO/Faidutti

The extent of forest in dryland biomes is published in Science. DOI: 10.1126/science.aam6527