One of the largest global mass extinctions did not fundamentally change marine ecosystems, scientists have found.

An international team of scientists, including Dr Alex Dunhill from the University of Leeds, has found that although the mass extinction in the Late Triassic period wiped out the vast proportion of species, there appears to have been no drastic changes to the way marine ecosystems functioned.

Lead author Dr Dunhill, from the School of Earth and Environment, said: “While the Late Triassic mass extinction had a big impact on the overall number of marine species, there was still enough diversity among the remaining species that the marine ecosystem was able to function in the same way it had before.”

“We’re not saying nothing happened,” said co-author Dr William Foster, a palaeontologist from the Jackson School of Geosciences at the University of Texas at Austin. “Rather, global oceans in the extinction’s aftermath were a bit like a ship manned by a skeleton crew – all stations were operational, but manned by relatively few species.”

The Late Triassic mass extinction occurred 201 million years ago. Nearly 50 per cent of life on Earth died out as a result of huge volcanic eruptions. The volcanic activity created high levels of greenhouse gases in the atmosphere which led to rapid global warming. The eruptions are also associated with the break-up of the super-continent Pangaea and the opening of the Atlantic Ocean.

The team compared marine ecosystems across the late Triassic mass extinction event by examining fossils from the Middle Triassic to Middle Jurassic —a 70 million-year span. They classified the lifestyle of different ocean-dwelling animals by how they moved, where they lived and how they fed.

They were then able to determine that none of these lifestyles had completely disappeared due to the extinction event, which preserved the marine ecosystem.

Their results, published today in Palaeontology, showed that while the extinction did not result in a global marine ecological shift, it had profound regional and environmental effects and had an extreme impact on specific ocean ecosystems. 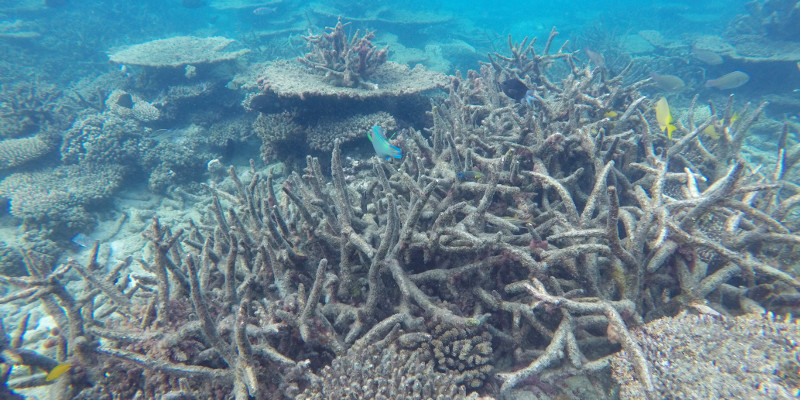 Dr Dunhill said: “One of the great marine casualties of the Late Triassic were stationary reef-dwelling animals, such as corals. When we examined the fossil record we saw that while the marine ecosystem continued to function as a whole, it took over 20 million years for tropical reef ecosystems to recover from this environmental cataclysm.

“Reef ecosystems are the most vulnerable to rapid environmental change. The effect of the Late Triassic greenhouse gases on marine ecosystems is not so different from what you see happening to coral reefs suffering from increasing ocean temperatures today.”

Co-author, Professor Richard Twitchett, from the Natural History Museum in London said: “Understanding the extent of reef collapse during past extinctions may help us predict what is in store for our modern marine ecosystems.

“Tropical ecosystems suffered widespread devastation each time that greenhouse gases rose rapidly in the past, despite differences in the rates of change and species involved. When you see similar responses occurring time and time again in the past, despite different starting conditions, it follows that similar responses will likely occur again in the future.”