A virus injected directly into the bloodstream could be used to treat people with aggressive brain tumours, a major new study reports.

Scientists from the University of Leeds and The Institute of Cancer Research in London have found that the naturally occurring virus could act as an effective immunotherapy in patients with brain cancer or other cancers that have spread to the brain.

“This study was about showing that a virus could be delivered to a tumour in the brain. Not only was it able to reach its target, but there were signs it stimulated the body’s own immune defences to attack the cancer”

They showed that a type of virus called reovirus could cross the blood-brain barrier to reach tumours, where it is hoped they will replicate and kill the cancer cells.

They also found that the virus was able to ‘switch-on’ the body’s own defence systems to attack the cancer.

The findings are published in the journal Science Translational Medicine.

The study authors believe reovirus therapy could be used in conjunction with other cancer therapies to make them more potent – and a clinical trial is currently underway.

Up to now, scientists thought it was unlikely that the virus would be able to pass from the blood into the brain because of the blood-brain barrier, a protective membrane around the brain.

That would have meant that the only way they could get the virus into the brain was to inject it directly into the brain – which is challenging, would not be suitable for all patients, and cannot be regularly repeated.

But the research demonstrated that the virus could be administered through a single-dose intravenous drip.

Nine patients took part in the study which led to the publication of the new research. They had cancers that had either spread to the brain from other parts of the body or were fast-growing gliomas, a type of brain cancer that is difficult to treat, and has a poor prognosis.

All patients were due to have the tumours removed surgically. But in the days before the surgeons operated, the patients were given the virus drip.

Virus 'switches on' the body's own defences

Once the tumours were removed, samples were taken and analysed for signs that the virus had been able to reach the cancer, sometimes deep within the brain. In all nine patients, there was evidence that the virus had reached its target.

The researchers also found that the presence of reovirus stimulated the body’s own immune system, with white blood cells or ‘killer’ T-cells being attracted to the tumour site to attack the cancer.

Tissue samples from patients who had surgery but not the virus therapy served as a control.

When compared with the control samples, the tissue taken from the people who had received the reovirus had higher levels of interferons, proteins that ‘switch-on’ the body’s immune system.

Dr Adel Samson, co-lead author and medical oncologist at the Leeds Institute of Cancer and Pathology at the University of Leeds, said: “This is the first time it has been shown that a therapeutic virus is able to pass through the brain-blood barrier, and that opens up the possibility this type of immunotherapy could be used to treat more people with aggressive brain cancers.

“This study was about showing that a virus could be delivered to a tumour in the brain. Not only was it able to reach its target, but there were signs it stimulated the body’s own immune defences to attack the cancer.” 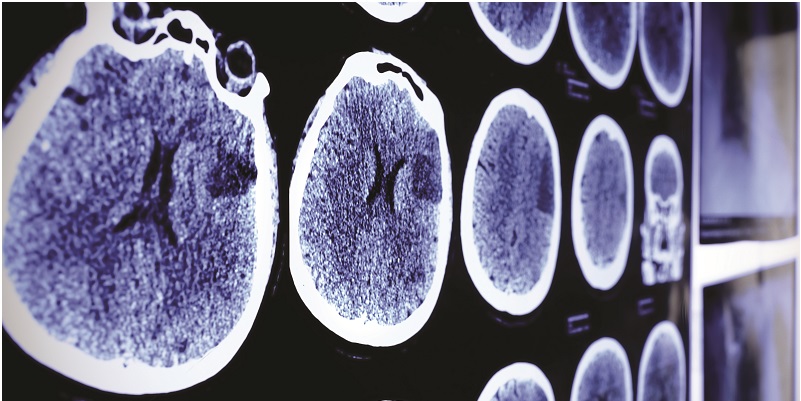 Co-lead author Alan Melcher, Professor of Translational Immunotherapy at the Institute of Cancer Research, London, said: “Our immune systems aren’t very good at ‘seeing’ cancers — partly because cancer cells look like our body’s own cells, and partly because cancers are good at telling immune cells to turn a blind eye. But the immune system is very good at seeing viruses.

“In our study, we were able to show that reovirus could infect cancer cells in the brain. And, importantly, brain tumours infected with reovirus became much more visible to the immune system.

“This small-scale clinical trial allowed us to ask a crucial biological question about cancer immunotherapy and gain insights which can now be tested further, both in the laboratory and in the clinic.

“Now we know we can get reovirus across the blood-brain barrier, we have begun clinical studies to see just how effective this viral immunotherapy can be at extending and improving the lives of patients with brain tumours, who currently have very limited treatment options available to them.”

“Brain cancer is a devastating disease... the research that is happening at the University Leeds and elsewhere is beginning to offer a new approach.”

The findings of the research based on the initial nine-person study are already being applied in a clinical setting.

In a world first, a new trial has started at St James's Hospital in Leeds where patients will be given reovirus in combination with the standard treatment of radiotherapy and chemotherapy which follows surgery.

One patient with a form of brain cancer called glioblastoma is already receiving the combined therapy. In the months following removal of the tumour, he will receive a total of 16 doses of virus alongside chemotherapy and radiotherapy.

Although the earlier trial demonstrated that the reovirus was reaching the cancer cells after just a single dose, doctors have decided to give it repeatedly to patients because of the way it ‘kick starts’ the body’s own defences.

The trial is being led by Susan Short, Professor of Clinical Oncology at the University of Leeds. She said: “The presence of cancer in the brain dampens the body’s own immune system. The presence of the reovirus counteracts this and stimulates the defence system into action.

“Our hope is that the additional effect of the virus on enhancing the body’s immune response to the tumour will increase the amount of tumour cells that are killed by the standard treatment, radiotherapy and chemotherapy.”

She added: “Brain cancer is a devastating disease. For a long time, there have not been many new developments that we could offer patients but the research that is happening at the University Leeds and elsewhere is beginning to offer a new approach.”

The Leeds-led trial will identify if the combined therapy can be tolerated by patients and whether it is toxic. But Prof Short says the longer term aim, in wider partnership with other UK research centres, is to see if the virus makes the standard treatment more effective.

Sarah Lindsell, chief executive of The Brain Tumour Charity which co-funded the research, said: “Brain tumours cost too many lives. The only way to change that is through research. This news from the University of Leeds and the Institute of Cancer Research will be welcomed by all of those who know only too well the devastation caused by this cruel disease.”

According to figures from Cancer Research UK, almost 11,000 new cases of primary brain cancers are diagnosed in the UK each year. Only 14 percent of patients survive for 10 years or more years following a diagnosis of a primary or malignant brain tumour.

The study was funded by a number of organisations including NIHR Leeds Clinical Research Facility, Cancer Research UK, The Brain Tumour Charity and Brain Tumour Research and Support Across Yorkshire.

To find out more about the research, read our revolutionary viral therapy for brain cancer 2016 spotlight feature.