People who followed a diet of low energy density food such as vegetables, lean meat and rice were more likely to feel full than those who tried to restrict their calorie intake, according to research.

The new study found those eating low energy density meals were on average consuming around 1,000 fewer calories a day.

The research, led by the University of Leeds and published in the Journal of Nutrition, looked at the impact of low versus high energy density foods on desire to eat in a series of experiments at the University’s Human Appetite Research Unit.

The study also compared the effectiveness, over 14 weeks, of a Slimming World weight-loss programme based on low energy density foods and the NHS Live Well diet, which advised women to limit themselves to 1,400 calories a day.

Women on both diets lost weight but those on the lower energy diet (Slimming World, UK) were more likely “…to lose clinically significant amounts of weight”, more than five per cent of their body weight.

However, there were other differences between the two weight loss plans. The women with Slimming World took part in weekly group support sessions. Those following the NHS Live Well diet did not receive face-to-face support, although there was a website with advice on healthy eating, dieting and an online forum. The focus of their diet was to restrict calorie intake.

“Low energy density foods helped people to feel more in control of their food choices, and that more than likely made the process of losing weight more effective.”

Psychologist Dr Nicola Buckland, the lead author, said: “The findings show that a commercial programme based on low energy density foods helped people to feel more in control of their food choices, and that more than likely made the process of losing weight more effective.

“A lot of people give up on diets because they feel hungry between meals. Our research shows that eating low energy density foods can help overcome that problem.

“Gram for gram, low energy dense foods contain fewer calories than high energy density foods, so people are able to eat a larger volume of food for the same (or lower) calorie intake, leading them to feel much fuller.

“For example, someone would have to eat around 250g of carrots to consume 100 calories whereas it would take just 20g of chocolate to achieve a similar calorie intake, yet the greater volume of carrots is likely to make you much fuller.”

The research, involving 78 overweight or obese women, was funded by Slimming World, an organisation that runs weight-loss programmes across the UK. 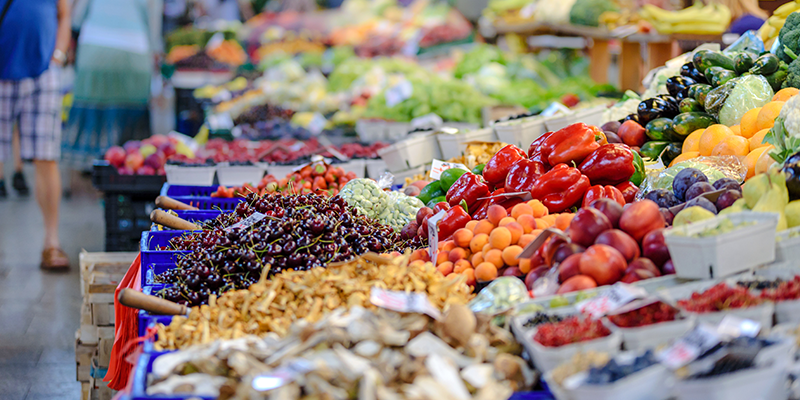 Over four days the participants attended the University of Leeds’ Human Appetite Research Unit to eat a number of test meals.

They were asked to record feelings of hunger, fullness and desire to eat.

The researchers found that on the low energy density days, feelings of hunger and desire to eat were consistently lower and the feeling of fullness was higher.

The participants were asked to record their experience on an increasing scale from zero to 100.

On low energy density days, three hours after breakfast, the women on average were reporting feelings of hunger at 29.5 on the scale. On the days they got high energy density food, the figure was 53.8.

A similar effect was seen three hours after lunch when the scores for feelings of hunger were of 24.1 and 53.4 on low and high energy days. Fullness was scored at 63.5 and 33.

On the high energy density days, the women were taking in significantly more energy: on average an extra 1,057 calories.

Half the women were on the Slimming World programme and the other half on the NHS Live Well programme. Each group was equally matched for age and Body Mass Index, which ranged from 28 to 45 kg/m2 (28 is classed as overweight and 30-plus as obese).

The study found that women on the Slimming World programme lost a greater proportion of weight over 14 weeks. On average they shed 6.2 per cent of body weight – around 5.8 kg.

Weight loss greater than five per cent of body weight is “clinically significant.”

The women following the NHS Live Well programme on average saw their weight drop by 3.8 per cent – equivalent to 3.3 kg.

Dr Jacquie Lavin, Slimming World’s Head of Nutrition and Research, said: “We might think we need to be overly strict with ourselves when we’re losing weight but this type of restrictive approach ultimately leaves us feeling more hungry and deprived.

“By filling up on low energy dense foods people can eat a larger amount of food and feel more satisfied while they lose weight so they feel better able to stay on track, and they never have to feel guilty about what they’re eating or how much is on their plate.”

The research is in line with a call from the National Institute of Health and Care Excellence for scientists to identify the components of weight loss programmes that contribute to successful weight loss.

Dr Buckland, now based at the University of Sheffield, said: “This study has produced the first evidence that low energy density meals reduce hunger for food among people who are following a weight loss plan.

“Undoubtedly other parts of the Slimming World programme such as individual and group support would have helped but it is likely that the consumption of low energy foods played a role.”

For additional information and to arrange interviews with Dr Nicola Buckland please contact Simon Moore in the University of Leeds press office on 0113 34 34031 or s.i.moore@leeds.ac.uk.

The paper A Low Energy–Dense Diet in the Context of a Weight-Management Program Affects Appetite Control in Overweight and Obese Women is published in print in the Journal of Nutrition on 10 May 2018 and is available online here: https://academic.oup.com/jn/article/148/5/798/4990764