Simon Armitage has performed one of his first official duties since becoming Poet Laureate, announcing the winner of the University of Leeds’ new poetry prize.

Dane Holt, a PhD researcher at Queen’s University Belfast, will receive mentoring and support from Leeds’ Professor of Poetry, as well as the University’s poetry centre.

Selected from almost 400 entries, the winner of the Brotherton Poetry Prize was announced at an event last night, after all five shortlisted poets read one of their five submitted poems.

Mr Holt, 26, originally from Chesterfield in Derbyshire, said he was looking forward to working with Leeds’ Professor of Poetry.

“Simon Armitage was the first poet I ever read,” he added.

All of the finalists and judges were present to see the winner named.

“The art form is healthy and vibrant, with no let-up in the number of people wanting to take language seriously and work with it in a considered and thought-provoking way.”

Professor Armitage said: “The fact that there were so many outstanding submissions to this new poetry prize confirms to me that the art form is healthy and vibrant, with no let-up in the number of people wanting to take language seriously and work with it in a considered and thought-provoking way.

“Our very strong shortlist could have been many times longer.” 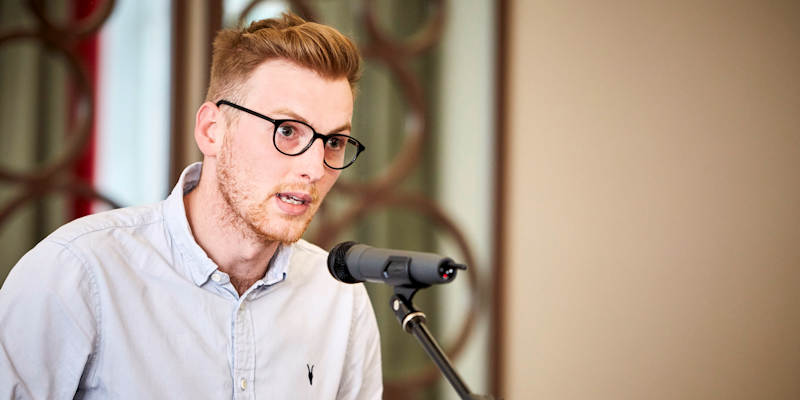 Melvyn Bragg, who in 2017 stood down after 18 years as University of Leeds Chancellor, said: “I was very impressed by the range of entries. Some of the subjects were learned and classical, others could not have been more contemporary. The prize obviously tapped into a rich store.

Professor John Whale said: “The award of the first Brotherton Poetry Prize is an exciting moment for the University of Leeds Poetry Centre. Our aim in establishing the prize was to be able to identify and support new poets and we are delighted with the outcome.

“Our shortlisted poets all have distinctive voices and a firm commitment to their craft. We look forward to working with them.”

“Our shortlisted poets all have distinctive voices and a firm commitment to their craft.”

And Dr Stella Butler added: “We hope the prize encourages the next generation of poets to draw inspiration from the library’s wonderful literary archives and other special collections.

“Libraries are about creativity and excellence, and the prize has produced both!”

The prize was open to anyone over 18 who had not yet published a full collection of poems. The winner receives £1,000 and the opportunity to develop their creative practice with the poetry centre. The four runners-up each receive £200.

The poems of all five shortlisted writers will now be published in an anthology by respected publisher Carcanet, and they will be invited to take part in a series of readings and events at the University of Leeds and other Yorkshire venues. 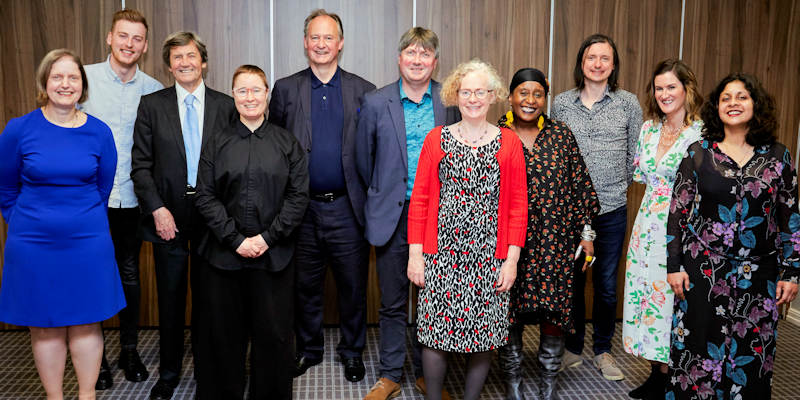 The shortlisted poets, together with the Brotherton Poetry Prize judges

The prize has been generously supported by the Charles Brotherton Trust. Brotherton’s uncle, Lord Edward Brotherton of Wakefield, was a Yorkshire industrialist and philanthropist who funded the iconic University library building that bears his name.

About the shortlisted poets: