Renowned scholar Professor Mary Beard is to give the latest public lecture in a University of Leeds series celebrating strong women.

Choosing Women and Power as her subject, the University of Cambridge Professor of Classics will give the 2020 Alice Bacon Lecture on Thursday 26 March.

The annual lectures honour the achievements of Yorkshire’s first woman MP, who was elected to Parliament in the post-war Labour landslide.

The inaugural lecture was given in 2018 by Harriet Harman – the House of Commons’ longest continuously serving female MP – followed last year by Baroness Hale of Richmond, pictured below, who was the first female President of the Supreme Court and the country’s most senior judge until her recent retirement.

“I'm very please to be joining what is fast becoming a great tradition of women speakers and do-ers – right back to Alice Bacon.”

Professor Beard, who is also a Fellow of Newham College, said: “I'm very pleased to be joining what is fast becoming a great tradition of women speakers and do-ers – right back to Alice Bacon.”

Alice Bacon was elected to represent Leeds North East in 1945 and served her city constituents continuously until her retirement a quarter of a century later, when she took up a seat in the House of Lords as a Baroness.

Leeds did not return another woman to the Commons until the election in 2010 of Leeds West MP Rachel Reeves, who is also Baroness Bacon’s biographer.

“I am delighted that Mary Beard, Professor of Classics at the University of Cambridge and feminist inspiration, will be presenting the Alice Bacon Lecture 2020.”

Ms Reeves partnered with the School of Politics and International Studies at the University to establish the lectures in the name of her trailblazing forebear, with the aim of celebrating the achievements of successful women – locally and nationally.

Rachel Reeves added: “I am delighted that Mary Beard, Professor of Classics at the University of Cambridge and feminist inspiration, will be presenting the Alice Bacon Lecture 2020.

“In the 2019 General Election, a record number of female MPs were elected to Parliament, but with many women MPs standing down citing abuse, we need to worry about the health of our democracy and political debate.

“In politics, academia, business and the media women are still underrepresented. I look forward to hearing Mary’s thoughts on ‘Women and Power’ and discussing how we can combat inequality with women taking up our rightful place in all parts of society.” 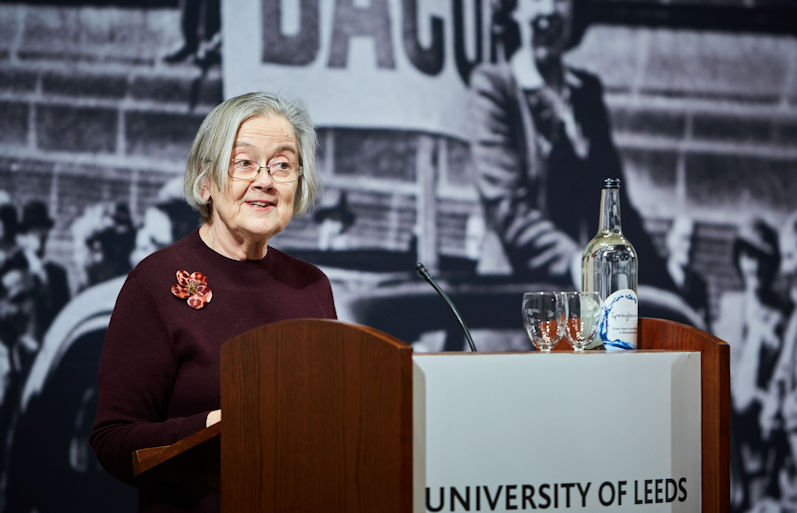 Cristina Leston-Bandeira, Professor of Politics at the University of Leeds, said: “We are looking forward to welcoming such an inspiring and knowledgeable speaker as Professor Beard to reflect on a key issue we regularly discuss with our students: the uneasy relationship between women and power.

“Power, and how it is shared and accessed, is a core thread that links several of the strands of research and teaching for staff and students in the School of Politics and International Studies here at Leeds.”

The School hosts regular talks by eminent politicians such as Leader of the Opposition Jeremy Corbyn, former Speaker of the House of Commons, John Bercow MP, and Mother of the House, Harriet Harman MP.

Ms Harman’s inaugural Alice Bacon Lecture in 2018, From Pioneers to Parity? 100 Years of Female Suffrage, can be viewed online, below.

It came at the start of a year that marked the centenary of the Representation of the People Act, which gave some women the vote for the first time. Equal suffrage was not to follow for another ten years.

* Please note: This event has now been postponed because of the coronavirus situation. Ticket holders have been informed and will be contacted when a new date is arranged, possibly in the autumn. *