Director of the British Antarctic Survey since 2013, Professor Dame Jane Francis is a pioneering scientist whose study of fossil plants and their use as tools for climate interpretation is recognised internationally. 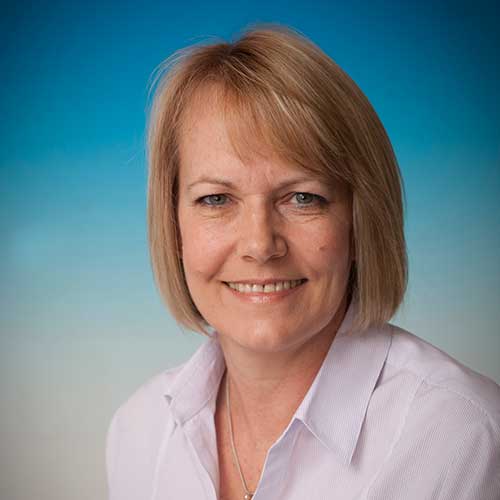 Jane read Geology and completed a PhD at the University of Southampton. From 1979-1982, she continued her studies as a Natural Environment Research Council (NERC) Postdoctoral Research Fellow at Bedford College, London before taking up a position as a palaeobotanist at the British Antarctic Survey from 1984 to 1986.

She has conducted her pioneering research in many different environments. At the University of Adelaide, for example, where she worked as a Postdoctoral Research Associate, she faced scorpions while analysing rock samples in the Australian outback. The majority of her work, though, has taken place in her numerous trips to the Arctic and Antarctic.

Jane’s 22-year career at the University of Leeds began in 1991 when she became a Lecturer in the Department of Earth Sciences. She was promoted to Professor of Palaeoclimatology in the School of Earth and Environment and was the Director for the Centre for Polar Science before becoming Dean of the Faculty of Environment in 2008. She left in 2013.

In 2002, she was awarded the Polar Medal, presented for outstanding contribution to polar research, which has also been awarded to Captain Robert Scott and Sir Ernest Shackleton.

She has served as President of the Palaeontological Association and as a member of the Executive Committee of the European Polar Board and has been deeply involved with the Antarctic Treaty – a unique international agreement which protects the world’s largest wilderness.

In conferring the Coke Medal upon her in 2014, the Geological Society of London described her as playing a ‘pivotal role in shaping and directing the Earth science carried out in polar regions, through her extensive service on a staggeringly wide range of national and international policy committees’.

She received an Honorary Doctorate of Science from the University of Leeds in 2014 and was appointed Dame Commander of the Order of St Michael and St George (DCMG) for services to polar science and diplomacy in the 2017 New Year Honours.

Jane succeeded Melvyn Bragg (Lord Bragg of Wigton) who stepped down in 2017, after 17 years in office.

The Chancellor can be contacted through the Secretary's office via University-Secretary@leeds.ac.uk