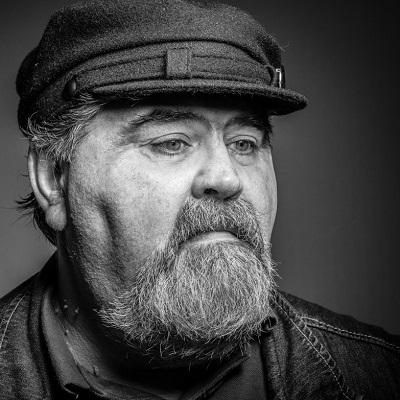 I've held top-level posts on several national and international newspapers, was news editor of two regional papers and edited three weekly papers early in my career – at one point I was the country’s youngest newspaper editor.

In August 2020 I received the City of Kingston upon Hull Lord Mayor’s Civic Crown Award for preserving my adopted city’s heritage.

As well as lecturing in creative writing and journalism at the University of Leeds Lifelong Learning Centre I am writer-in-residence at Hull Kingston Rovers rugby league club’s charitable trust, where I run free community writing classes.

My prose includes the books The Luckiest Thirteen (Barbican Press, 2017) and The Headscarf Revolutionaries (Barbican Press, 2015), the latter of which gave rise to the song cycle 12 Silk Handkerchiefs written by radical musician Reg Meuross, with which I toured the UK as narrator and scriptwriter, backed by Arts Council (England).

That book has also inspired poetry by Helen Mort and a further musical album from Hull-based songwriter Joe Solo.

I have also featured as writer/presenter on BBC Radio Four’s Four Thought series.

In September 2020 some of my poetry was published in Viral Verses alongside leading writers such as Ian McMillan and Mike Harding.

Read our blog Connect with us Course search Events

Find out how we can support you in your application and throughout your studies.

Where to find us

Find out how to contact us and where to find us on campus.

Our work with employers

Find out how our apprenticeships could meet your organisation's needs.