In this Section: Around campus
More 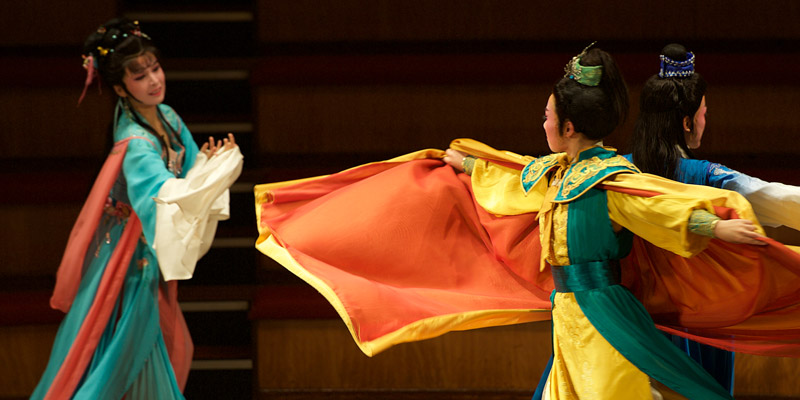 The University has a number of venues on campus hosting live music from a range of genres.

Home to instrumental concerts, the Clothworkers Centenary Concert Hall is one venue where you can enjoy performances by the School of Music and visiting performers.

The University is a principal partner in this truly international event, which takes place in the city every three years.

The University campus has been a venue since the first competition in 1963, and today the University’s Great Hall provides the venue for the second and semi-final stages of the competition. Designed by Alfred Waterhouse and part of the Yorkshire College, which pre-dated the University, the Great Hall is one of the finest buildings on the campus.

Previous prize winners across five decades have come from 28 countries. The competition has helped start the careers of some of the world’s greatest pianists: artists such as Murray Perahia, Radu Lupu and Dimitri Alexeev launched their careers by taking first prize at 'the Leeds'. Russian 25-year-old Anna Tsybuleva won the top prize at the 2015 event.

The union and refectory

Since the late 1960s the Refectory has hosted some of the most important acts around, including Led Zeppelin, Bob Marley and the Rolling Stones. Perhaps one of the most famous live recordings ever made, The Who Live at Leeds, was recorded in the Refectory.

More recently, it has played host to the likes of Simian Mobile Disco, Muse and Arctic Monkeys.

The union has its own nightclub, Stylus, and smaller venues playing host to gigs and regular club nights.

There are a number of theatres situated on campus which hold regular live performances.

stage@leeds is our public licensed theatre complex, dedicated to artist development and supporting new work.
The complex, which can be found in our performance and cultural industries building, includes:

The Workshop Theatre is home to Theatre Studies in the School of English.

It's an intimate space that provides opportunities for all the different student communities to work with each other and study theatre.

The University hosts a number of free events for members of the public each year. Following are the details of two events held on campus.

Every October Leeds plays host to an evening of offbeat and creative cultural events including magical light installations and storytelling, much of it held at the University. Learn more about Light Night.

Ever been curious about what studies and research are taking place at the University of Leeds? Every March Be Curious allows members of the public to visit the University to learn about our research with free, interactive and exciting activities. Previous events have included guided tours of campus, theatre shows and activities for children. Learn more about Be Curious.