In this Section: Global Food and Environment Institute
More 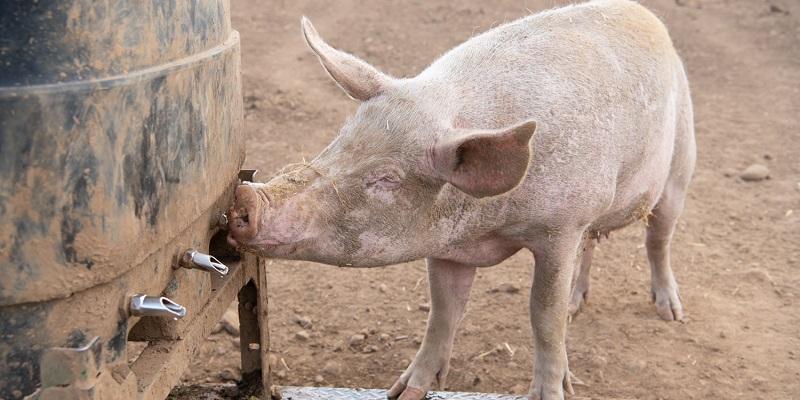 The food an animal eats is an important element that influences how it grows, its health and ultimately the quality of the produce that comes from it. Modern livestock farming tends to treat animals as part of a herd, meaning their food and nutritional requirements are provided according to the average.

Animals’ needs, however, vary according to each individual and this can lead to variation in the time it takes for members of a herd to be ready for sale or slaughter.

Our researchers, led by Professor Helen Miller, are developing systems that will allow animals to be fed according to their individual nutritional requirements. This precision nutrition approach is being built and tested with the pigs at the University's farm and its PigSustain project.

The system uses contactless tags (radio-frequency identification or RFID) that are implanted beneath the skin of each animal. When they come to feed, the tag will register with the system to identify which animal has come to the trough. An automated dispenser then delivers precise amounts of feed according to each animal's needs.

Other data such as its health parameters, its weight and growth are gathered on each animal and fed into the system’s algorithms to identify which nutrients it needs. It can also monitor precisely how much food the animal eats and how much it is drinking. If, for example, it identifies that a particular pig is not growing well, the amount of protein in its feed can be increased.

By constantly tweaking the feed given to each animal, it should help to reduce the variability within herds and so reduce the costs. It can also help producers keep their animals healthier. Many animals will change their eating behaviour or stop eating altogether when ill, so monitoring what each pig eats allows potential problems to be spotted sooner.

Ultimately it could also produce animals that have attributes the consumers themselves are looking for – more nutritious, lower levels of fat and better taste. By tightly controlling the diet of animals, each pig could be produced to more specific standards.

Our researchers are also using this smart nutrition system to see if other aspects of animal welfare can be influenced by diet. The ability to precisely measure and monitor what each animal eats, means detailed research can be conducted on how different types of diet affect aggression levels or stress. We hope to identify diets that can help to minimise stress levels when animals are being moved, for example.

There is even potential for diet to play a role in how animals cope with different environmental conditions. We are running experiments to identify diets that can reduce the impact of higher summer temperatures on aspects like animal fertility.

Although the system is currently being developed for use with pigs, there is potential for it to be expanded to chickens and other livestock. Our researchers hope to explore this in the future.

Our other research areas